hehe, i own both games and know what you mean. Shift "would have been" the better game - IF it had controls like forza. but the controls in shift are so bad, the game gets just too uncontrolable the longer you play. I hope MS tries a hack and slash game. But please god don't make it be a DMC type of game. I've always considered Ninja Gaiden and DMC to be FAR inferior to God of War, so more GOW would be fantastic! 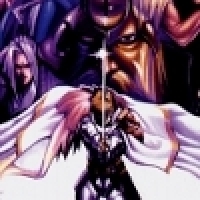 I think it's best to ignore anything coming from HipHopGamer's mouth.

I'm sorry but nothing 'rivals' God of War III.

Microsoft can go make their games that'll 'rival' GOW III but they won't rival it at all.

It's like when Quantum Theory was announced as a PS3 exclusive and people said it was Sony's answer to Gears of War. Pfft I'm loving what I see from Quantum Theory and it looks bloody awesome but it's not gonna rival Gears fo War and it never will. Same scenario here.

Nothing is gonna rival GOW III.

But not Dante's Inferno?

The guy who said there was a SC conviction demo that comes with Assasins 2 360 version....sigh.

Dante's Inferno and Darksiders are to be GOW3 clones. It is unlikely that they will be as good as GOW3, but you should be able to get your button mashing fix.

It seems kinda late/pointless for a GoW competitor considering GoW3 will be the last in the series.

That would be good for the 360 fans if they had a GoW type game though.

Alright people, here's the dillio. To you especially Hudson. I've played all of the Ninja gaiden games, devil may cry games, and all of the God of War games that were on PS2. The one thing that makes God of War stand out above all the other titles is it's backdrop. No other game so far has touched just how epic God of War is. God of War = epic, Microsoft can't steal that even if they wanted to. Here's why. Ancient Greek mythology is very much common knowledge, whether you learned it from school or watched it on movies and t.v. shows. The whole premise of God of War I & 2 was based on this mythology. The reason why Microsoft can't make a game as epic as God of War is because this has already been touched on by God of War. Make it too similar and it's like "been there and done that". The story is freaking awesome and the boss fights = epic. I mean epic. I can argue with anyone all day about how crazy some of the boss fights were. The boss fights were more like puzzles which was somewhat of a new element back in the day.

Ninja Gaiden had better combat that was more fine tuned and precise. You gradually got better at the game the longer you played and it was very rewarding being able to beat a tough game like that.

Devil May Cry I was awesome for a game of it's time. Devil May Cry 3 was brutal, which is what made it a fun and rewarding game.

Now, God of War was great because it had a familiar backdrop that most (educated) people knew about which is why it was well received at the time.

To Hudsoniscool or whatever, you'd have to consider that this is the 3rd game in the series. It's been built up from 3 titles already and to say that there's going to be a title that has not even been built up from even 1 title is pretty idiotic. You'd have to come up with a Mythology that is more popular than Greek Mythology and a serious backdrop that is very familiar with the world today in order to even get within reaching distance of God of War 3. It's the mythology and story which the God of War series was built upon that has always made it a Triple A title. If not for that, it would be another slash title like many have said. Of course, the boss fights were the main attraction of the game as well.

The closest title is probably Dante's Inferno, but the backdrop of that is sort of religious based mythology. Nothing close to Greek Mythology which has been seen in many books, films, documentaries, and shows. Bayonetta = Devil May Cry type stuff, not God of War. Unless they somehow throw in Zeus and Aries with Medusa and the Kraken.

In short people, God of War = epic with a familiar backdrop. I highly doubt Microsoft's first party developers could come up with something on that scale in such a short time.

HipHopGamer is as credible as that rambling hobo across the street with the "The end is near" sign.