ps3 will win it. in fact ps3 would have been selling more in the last few weeks if it wasnt for the walmart deal, now thats over. ps3 will easily win.

The PS3 has outsold the 360 every week since the slim... Why not set the bar higher... Can the PS3 outsell the Wii? Or, perhaps even the DS? But, I don't see what makes anything different to put the PS3 on the bottom.

EDIT: Oh... the US... well, if you're going to take into account for one country Vs. the entire planet, it's ruins the whole sale comparison thing... Since the 360 cannot outsell the PS3, lets narrow it down to make it easier to say the 360 won in something....  Let's count how many weeks the PS3 has outsold the 360 in japan...  See?  Boring..

also i really dont get where this "360 will sell more in us" is coming from! ps3 has just come off the back of a re design and price cut + huge software releases! theres no way the 360 will outsell it this week in north america, if it deos then simply put the numbers are wrong! npd will track all these black friday sales wont they?

It's not that boring Typhoon. Not when you consider the PS3 won the last two NPD numbers and was within ten thousand last week. SolidSnake 08 you still got to take into account the $199 price tag of the arcade and that a high % of those buyers won't be gamers. They will be christmas shoppers during a recession who won't be seeing these units everyday. So why not buy the cheaper one?


Go Team Venture! I still don't get the Wii, PS Move,  and Kinect.

I really think the ps3 takes NA this year. It'll be neat to see methinks.

hm.. the PS3 winning this BF in NA would be very surprising to me, but considering how close the last week was it might really be possible

A lot of what I've been reading is "PS3 sold out first, and so did the X360 later." So the only question remaining is.. who sent more consoles out to retailers? It's really a shame Walmart didnt have more PS3 bundles. If I didn't already have a PS3, I'd so jump on that bundle; it had InFamous, Batman AA, and a Dark Knight blu ray. Ridiculous deal. 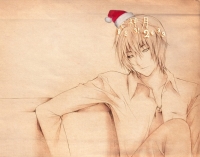 Depends on how many consoles were shipped