Another thing I'd like to know is how many peoples PS3's had died. So could everyone that had a PS3 break down post and say what model they had and also when they bought it and when it died.

I bought my PS3 in June of 2007 and it's a 60GB launch model, still running perfect, no problems at all.

Also if you want you can post a pic of your PS3 or whatever you want as long as it involves the PS3 :)

Not broke down a single time, never had any problems, best console ive ever owned

I have a 60 gig ps3 never broke, a got it like a few weeks after it came out.

so far its been working fine, no break downs

The only problems I've had are a few games freezing, and Home freezing a lot. 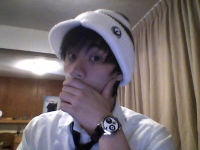 60GB, bought back in February of 2007. I've yet to encounter any problems worth mentioning; just some freezing up on rare occasions.