robjoh on 20 February 2007
sharky said: ranzchic said: Cause selling 13k more units than last week is slowing down. TheInquirer=Fox News of the UK internet media, btw. I posted this earlier in the news section just for laughs. Most people take shots at Fox because they dont agree with it's politics. It's no less reliable than any other mainstream news network, more reliable than Clinton News Network aka CNN. Most of the media is extremely leftist, Fox News is moderate, so they get a lot of hate.
heheh when you call CNN left and Fox Moderate, I must just ask if you are from the USA :) Damn both does channels are right Wing...

What a stupid story. Nintendo are making about 700k Wii's / month - they forecast 6million shipped by the end of March, and are on target to meet this. Japan gets about 1/3rd of the shipments sent around the world - which is about 230k / month. Which comes to less than 60k / week (4.5 weeks in the average month). Average sales are about 70k/week. So not only is Japan easily selling out of Wii's weekly - they are getting more than their fair share of worldwide shipments. It's not rocket science guys :P

Hm.. I doubt that 700k a month number, to be honest. If Bunk's numbers are correct, just between Japan and North America alone, there were over 800k Wii's sold in January. Unless we stole some back from Europe (100k), I don't think that production statement is either valid or misinterpreted.

elprincipe on 20 February 2007
robjoh said:heheh when you call CNN left and Fox Moderate, I must just ask if you are from the USA :) Damn both does channels are right Wing...
It depends on where you reside in the political spectrum. If you are looking at it from the left, CNN/MSNBC are moderate, Fox right wing. If you're on the right, CNN/MSNBC are left wing, Fox moderate. And if you're sensible like me, CNN/MSNBC are leftist and Fox is right wing. But in any case, this isn't the place for such a discussion, so I'd say let's drop it. Back on topic...I agree the article is written by an idiot who has no idea of what he's talking about (hence, he writes for The Inquirer). Obviously Wii sales aren't slowing in Japan from the numbers we've seen, and given it is far outselling PS3 something major will have to happen for that to reverse, something major we've seen no signs of (except in this guy's imagination). He even mentions X360 gaining from a Wii decline, which confirms this guy is an utter buffoon.

CNN - Far Left, and quite frankly, boring. MSNBC - Leftish, but Olberman is off the charts left, sickening really, he is trying to be Jon Stewart even though he is on a real news network. Fox News - Rightish less so than critics say, but the problem is they echo what the Bush administration say. Not so much in his actual positions, but the language they use to describe their positions ("cut and run", social security "personal acocunts", "homicide bomber" etc.,) which leads people to believe that they somehow are getting talking points from the administration. CNBC - Busines only, but decidely right. Funny as Oreilly describes NBC as far left, but between NBC news, CNBC, and MSNBC the company covers the widest range of views of any of the media empires. --------------- Any dropoff in sales means the Wii is slowing in Japan, but so what the launch momentum can't last forever. It is still the fastest selling and until PS3 picks up the pace significantly there really is no story.

As a Canadian looking in CNN - not so much a political leaning as an obsession with breaking everything down into a left/right dichotomy. The epitomy of the latter was Crossfire. Fox news - Ape shit insane. The fact that this network is given more respect than the Weekly World newspaper shocks me to my core. I haven't seen the others. And yes, the article in question is no more than some random person's uninformed opinion. 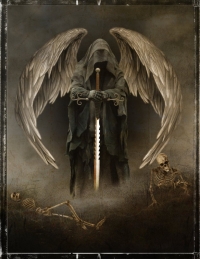 DIAR on 21 February 2007
DreamsCast said: What a crap article. Wii is selling better at this point than any other console did at the same point in its life cycle in Japan - yes even PS2 and DS. The initial launch interest has been huge and the only thing governing sales at the moment is the amount of units Nintendo can provide. I see sales hovering between 50,000 - 100,000 most of the year which comes out to around 4 million - the same as total Gamecube sales (5 million total if you count 2006). This is PS2-level sales and definitely not slowing down! Most consoles sell arond 30-40k a week at these kind of times of the year. Just someone trying to stir things up...
It's crap because it tells the truth about the Wii? Hmmmm. GROW UP! Face it, the hype around the wii is dropping, DEAL WITH IT!

Hmmmmm, could you explain to me why nintendo wii is still selling well over 70,000 units per week, even without thier biggest titles, and outselling both the PS3 and 360 together. Hmmmmm.

That will be true, Diar, when you can find the Wii regularly in stores. :) Let's see how long that will take, I personally thought it wouldn't last past this month, but now I'm beginning to wonder that myself. :)

That article is an example of bad journalism. It reads more like a blog. My personal interest in the Wii is waning for a lack of games, but that doesn't mean the market demand is waning. Nobody really knows just how many non-gamers want the machine just for Wii Bowling or something. At least 3 uncles of mine want a Wii, actually looked for it (as in asking for it when shopping at Costco or something, not lining up 3am in the morning), but haven't managed to get one (duh). I'm the only who has one. Assuming that nintendo is making ~1 million Wii / month, making them on target for 6 mil units to end of March: ~300,000 in japan (~75,000 x 4 weeks) ~450,000 in US (NPD data, 5 weeks in january for technical reasons) which leaves about 250,000 elsewhere. these numbers are consistent. i'd guess nintendo is cranking up its production to at least 1.2 mil/month which, if they continue to sell out, should reflect in february numbers.