Why would IO Interactive shut us down? :(

Probably try to join the vgchartz discord or something.

It'll be a sad day for sure.

I'm still hopeful for the site and it's future but yeah...

I was unaware that there was a vgchartz discord lol

I think there is an Xbox Empire one... Not too sure about a vgc one as a whole.

You guys can either Join Resetera or Gamespot or Neogaf or Gasp Kotaku if they have a forum? I'll just join SegaBit.

Na, I think my forum days are going to be over if vgchartz goes.

Life is just too busy. So it's good that I haven't been here much lately but it'll be a bitter-sweet moment when the day comes.

The views on the articles seem to be quite healthy, the forum not so much. It's like people are coming here for news, just not engaging with the forum.

Probably just stick to Discord, I hate XboxEra's layout and don't like a site focused on one specific thing, ResetEra is a bit too huge for me, I think, I like that we're small (although wish we were bigger) because it feels like we all mostly know each other and if I joined a massive forum I would lose that.

InstallBase seems like a sensible option for users of VGChartz if the site ever died cause we share similar focus (in sales), it would be my #1 choice if they had topics other than sales on the site.

Maybe we create our own site or buy VGChartz off Ioi, Lol.

I'll try to stick around to the very end though, doing what I can to try to improve things but it's hard to have faith in the future of the site when the owner doesn't seem to care but forums in general are dying outside of the juggernauts. 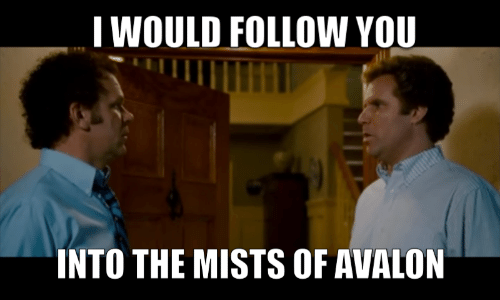 I think the site needs console warring instigators in the forums to reignite things like that Nintendo Switch will be falling off a cliff dude.