With rune factory 5 now out in the states, and the game launching in the UK and EU on Friday (not bitter) I've decided to brink up the issue of the game that seems to be hanging off the game like an eyesore

And eyesore is right

As many players and previwes/reviews have pointed out the game looks and runs pretty badly on nintendo's hybreed console, and many people are putting in their stance to wait for a hopeful playstation or pc launch of the game because of said issues.

As we know, the nintendo switch is not a powerful device, quite lacking in power even to the 2013 release of the xbox one and ps4, and while I always made the joke that you can fit probobly 20 nintendo switch consoles inside of an xbox one the point still stands.

And in spite of the systems lack of power it hasn't stopped a lot of games coming to the system, games like the witcher 3, doom 2016, skyrim special edition, as well as the (hopefully) native port of hogwarts legacy, just to name a few third party games that managed to find a home there.

I've been scouring reddit as well as other gaming sites, and I see a lot of people blaming the switch itself for rune factory 5's performance, and while there are some like me who point out, like with disgeia 5, the game isn't really pushing the hardware, and unfortunately, the Switch version of RF5 is likely due to a lack of time, development or skill within marvelous to make the game run as well as it could, if that is true then I don't think a ps4/5 xbox or pc port would do much to fix those issues.

It looks to me that it's probably either that the game was rushed, or they put a junior dev team on it. I can't imagine it's the Switch hardware given how much more powerful it is than the Wii. Add that Frontier was loaded with beautiful environmental effects and animations that seem to be missing in 5. 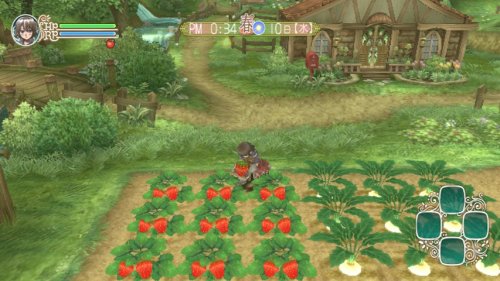 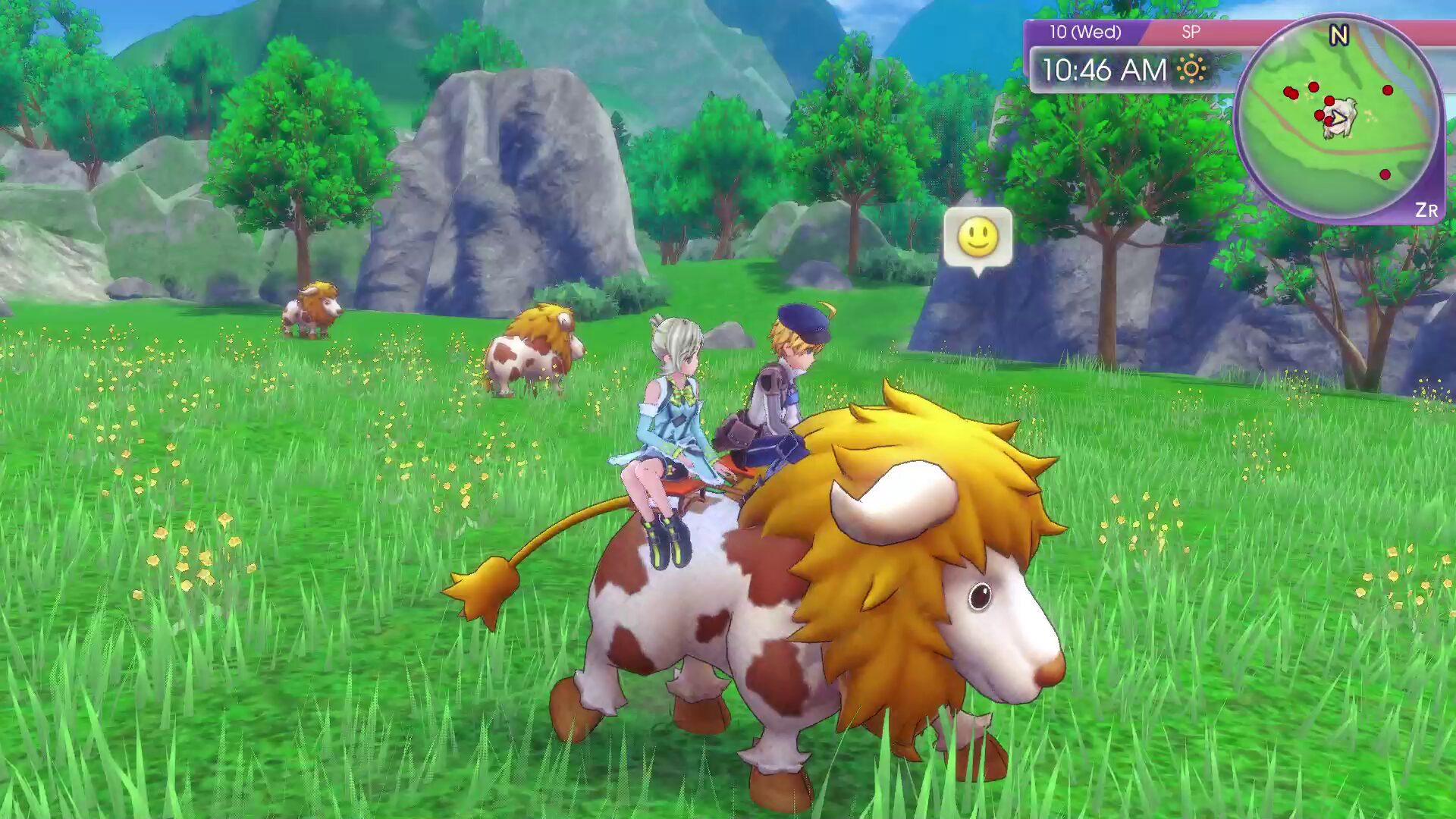 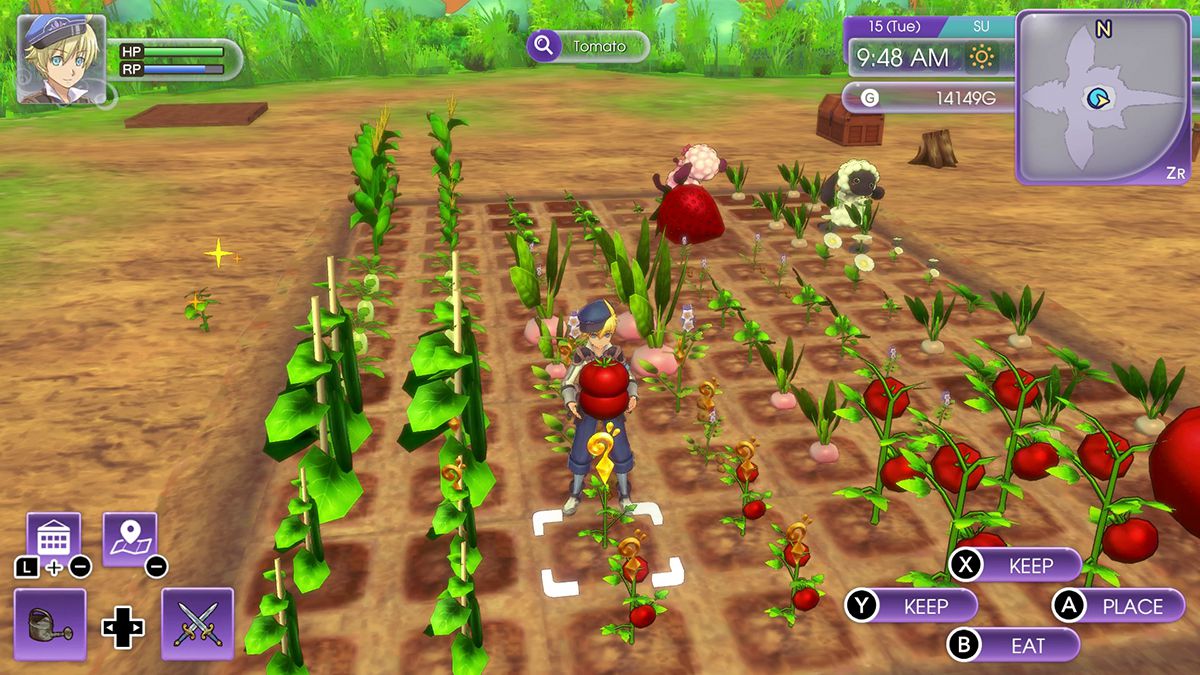 performance issues are noticable just from the trailer, and apart from character models, Frontier looks better, so there is no way this is due to the hardware

very sad for such a great series

Just me or does the Wii version look better overall in terms of image quality? (I know, its probably low resolutions, but like the texture work ect)?

I think it's a bit of a mix with some things looking better in one game, and others looking better in the other; but the thing is RF5 should be a complete upgrade from Frontier, and it isn't. The graphics of 5 definitely look higher resolution, sharper contrasts, and certain items animate (like the swaying trees). Yet, the environmental effects and animations (I'm talking things like runeys, butterflies, water and such), the detail, and the aesthetic, and even UI art and loading screens look considerably better on Frontier.

Overall, I like Frontier's look more than 5, and IMO it's one of the most underappreciated games of the franchise and the Wii/PS3/360 generation - I sank a disgusting 180 hours or more into it. it was one of my favourite 'go-to' games for two generations. I played it on and off all the way until the release of the Switch and games like Breath of the Wild & Stardew Valley. I've never been able to get into the top down Rune Factory games, even though I like the concept, they didn't grab me the same way, and Oceans had too much water (that's an IGN reference), seriously, Oceans felt like it got too far away from proper farming so I didn't really get into that one either, though it's my second most played Rune Factory game.

What is up with that ground about 2 minutes into the RF5 video?  The character models look decent, and the buildings look fine.  But everything in the town is sitting on top of what looks like N64 era ground, complete with angular looking hills and bumps.  And those green and brown textures for the grass and trails...wow.  Looks like it was spray painted on.

Frontier definitely benefits from the lower resolution.  But the art direction is just so much better.

It's simple as that

People seems to forget that gaming development is still an IT job, and developers are computer scientists and software engineers. If you don't understand the tech trends because you are locked for a decade making handheld games, mobile games and visual novels you will have a hard time developing HD games, concretely making your games far less optimized and less polished than what they were supposed to be in a given platform

The less a game sells, the less it profits, causing teams to not be able to retain talent or hire more employees due to budget issues, causing their quality output to stagnate or diminish in time as generational leaps make development more expensive. Teams like this are expected to do more with less, which is silly. I also think it looks terrible, but their series only sell 0.5 million or less units each. Based on sky rocketing game development costs and inflation I'd be surprised if there is ever a Rune Factory 6.