And one way it was made more fun for a lot of people is exactly in widening the timing for hitting notes. No one's gonna disagree with you that it was ridiculously wide in GH3, you could hit notes like half a second early or late. I suppose many things were overcharted, but because hitting notes was so easy, it made you feel better than you probably were. And everyone probably felt that way, really. That's just fun.

Also, the songs were awesome. Whether previous games had more or less awesome songs is personal taste, GH3 still had a killer soundtrack.

I agree with you that Rock Band did it better, but maybe Rock Band's existence is the exact reason why I never looked down on GH3. The Guitar Hero series definitely got wackier from that point on, prioritizing dumb fun over precision, and it was easy to embrace that because if you ever wanted that precise gameplay again, Rock Band was right there.

This game is brutal. You can get murdered by rubber ducks. Every stage throws something different at you and in all my years playing I've beaten it only once but it's also a ton of fun. I love its variety, the funny animations and millions ways you can die.

This a game I pull out from time to time and play from beginning to end when I want a nice nostalgia trip and a good time. I know every fighter's tricks inside out but I still have a good time kicking their asses. 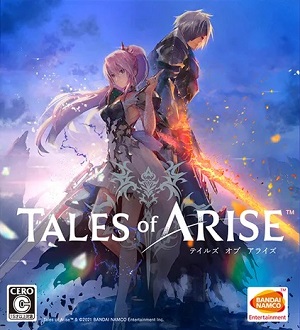 My second new entry in my list this year. I've never followed this series and I caught a video of the game as it was about to release. The gameplay and presentation looked fantastic, I immediately knew I needed to play this game. I dove in hoping the combat would be as fun as it looked watching review videos and it turned out even better than I'd hoped.

To add on top of that, everything surrounding the combat as also top notch. Great characters each with their motivations and personalities (and playstyle in combat), a good story focusing on the effects on oppression on society, a solid crafting system, gorgeous areas to explore. Everything is introduced gradually so even though there's a lot of systems to learn you don't feel overwhelmed. It's been a while since I've enjoyed a RPG that much!

Finally we get to play as Zero! Add this game to my list of games-I-replay-from-time-to-time. I always play as Zero, I love to dash around the stages going into enemies' faces and slashing them with my sword (wu-wa-woo!). Fun fact, I bought the X Collection on Switch and instead of trying X2 or X3 which I never played before... I went straight into playing X4 again, even though I've finished it dozens of times.

Stealth games were more fun when the AI was stupid. That's a hill I'm willing to die on. The guards in Tenchu aren't the brightest but it makes every stage a playground in figuring how to distract them and lure them to a gory bloody death. Add in plenty of tools at your disposal and 3 alternate layout for each map, you've got yourself some replay value right here.

Third and last new entry of the year. I was over the moon when I learned we were getting a brand new 2D Metroid title after such a long time. It was even more satisfying to get to play a version of Samus that felt so agile and badass. Metroid Dread plays flawlessly and brings a brand new planet to explore (

Spoiler!
and of course ultimately blow up

). The returning abilities are well implemented, the new ones are tons of fun (how did we live without flash shift before?), the bosses are challenging but fair and Samus has never looked more badass. The game features top notch animations and looks gorgeous too!

By the way, congrats on catching up! That was a lot.

Metroid Dread is also too low here, but I don't have another gif to post.

Kickass soundtrack, a more agile Simon Belmont, a series of deadly stages (curse you level 8!), that's what you get in Castlevania IV. It is also much easier than its NES predecessor making it more accessible and a prime candidate for a nostalgia filled evening of video games.

I've got 30+ years of games to fit on my Top 50. It's hard to make it up in the Top 30. Also, I might move Dread further up next year because even after 2 back to back playthroughs, I still feel like playing it.