I've only tried it on a demo. I made the thread to hear from people that have played many hours on cloud games that have fiber. I don't want to buy games before knowing how they feel after many hours of playing. So far, the demo I tried was great, but that was for minutes before it told me the demo had expired (Control).

My biggest goal in the short term is figuring out if KH 1-3 Cloud Version will look and play just as well on Switch with excellent internet as it will on PC or if PC, regardless of Fiber, will look and play better. I want to play whichever is a better version, but if they are tied (hypothetically) then I'd prefer the Switch as it is portable and connect to my TV.

So far, it seems like I'm getting some responses from technical perspectives (which I appreciate), but other responses from people that clearly don't have fiber based on their responses (and they, therefore, aren't useful).

Lol "I have a rule" non you don't, you just don't wanna try cloud gaming, and that's ok, you don't have to invent some "rule" you have

but it sounds like you're just gonna need to bite the bullet on one game and see how it goes. The experience, from what I've gathered on other forums is not entirely consistent, and even fairly subjective.

If that's supposed to be directed towards me... Did you read the rest or no?

I don't mind cloud gaming if it's an option like Geforce now where if the servers go down, you can still keep your games and progress. I just don't like buying it if it's cloud exclusive. I have no issues with using cloud as I have a 750mbps fiber connection.

It depends on the PC of course, but also on what times you regularly like to play.

Maybe you live in a less congested neighborhood. I was updating a bunch of games on ps4 pro on Saturday. It was going well until about 7pm when speeds dropped dramatically. I was watching tv and at the start of one show it said 41 minutes left, then 40 minutes later it said 49 minutes left... The download was still moving, yet crawling now.

Some ISPs also throttle certain content. To cite FS2020 again, some people have to use VPNs to 'fool' their ISP to get full bandwidth, otherwise they get throttled and are left with a bombed out landscape, not streaming in faster than 10 mbps. I assume fibre doesn't do that at least.

So really the only thing you can do is try it out over a long period of time, on your internet, at your play times, in your neighborhood. One person can have a great experience, the next nothing but frequent stutters, high latency and low image quality.

You assume quite a bit. I've got fibre. Bandwidth doesn't make a difference to streaming when you reach the threshold. It highly depends on how far you are from a server (or ping) and even then there are big limitations of the technology. Fyi I tried Stadia (hard wired) which is about the best you can get rn in terms of streaming tech.

While its impressive games can run, its not something I would personally use. Playing on this would be akin to playing on a TV set with no game mode on a console @30FPS with added input lag and the odd stutter on top. Its a way worse experience in than native (tried both Stadia Pro and PS Now) in terms of fidelity and playability. Tbh I see it as a supplement tech and not a replacement. Quite okay if you can deal with the shortcomings and don't want to invest in a new system though its no way close the playing on a local machine.

I retried Xbox Cloud gaming a few days ago and was shocked how blurry the 1080p stream still is compared to native 1080p: 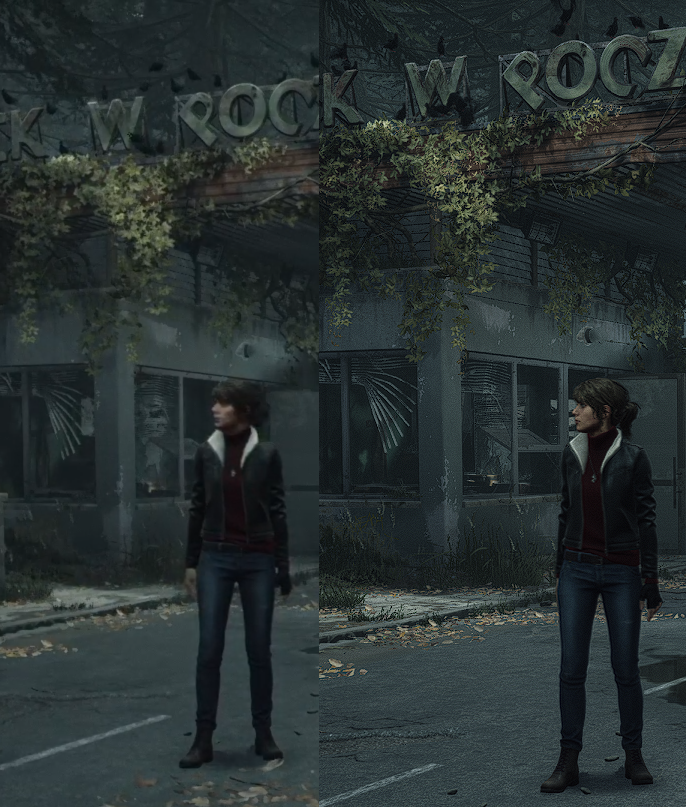 You need the 4K stream to get it to look closer to 1080p locally. Real time image compression isn't as good as encoding a movie or tv series with all the time in the world to optimize the image quality. Plus even 4K has to squeeze into 35 mbps, while 10 bit 1080p60 is a 3,560 mbps data stream. And of course the first step is downscaling to 4:2:0, which means quarter color resolution before compression starts. (Means 4K effectively streams at 1080p color resolution)

Can you select 4K streaming to play on a 1080p screen? I always see very clear benefits from running you tube in 4K on my 1080p screen, instead of watching the 1080p stream.

That looks terrible. I know people like to hate on Stadia, but its worlds better than this. They do 4k (upscaled) and support 1440P.

I have Control on Switch and it works great. It truly does depend on your experience. Narrative driven games like that are great for streaming because I don't plan on replaying them once I have experienced the story. I have the Verizon fios gigabit. Performance mode is better, the enhanced mode has some great visuals but stutters some. I haven't tried lately though I heard the servers are improved. Gonna try all the kingdom hearts games on Switch to see what all the fuss is about with Sora joining Smash.