@trunkswd When are you going to post the 3DS vs NSW Japan graph?

Now to see if it can stay ahead once it aligns with Wii's 2010 holiday season. Switch will easily win in the long run thanks to longer legs and a stronger presence in Japan and ROTW. In fact, if the Switch has another very strong year, it could pass Wii's lifetime sales by 2022.

I'm not sure. There are a lot of the monthly sales articles, plus the weekly ones, so it might be a while. 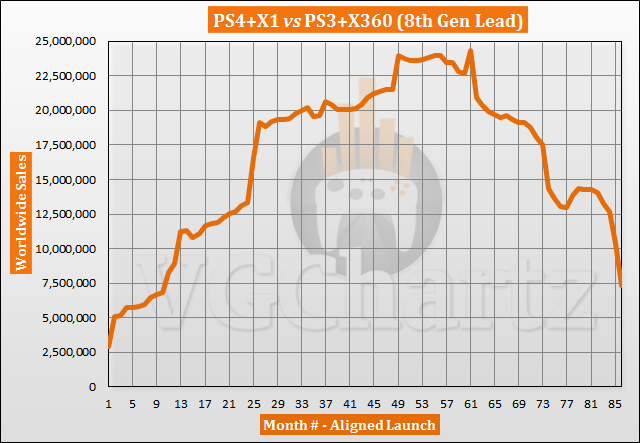 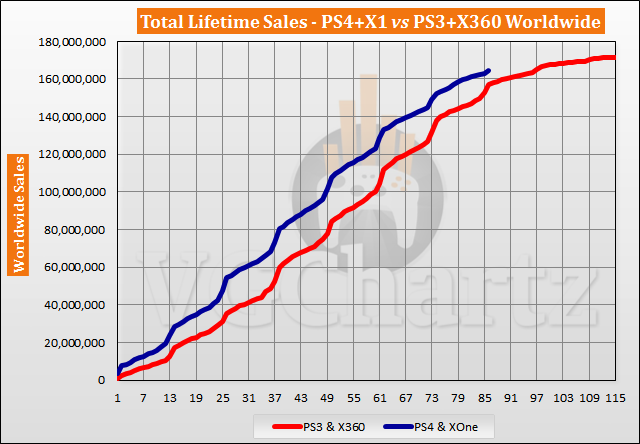 This one is looking to be closer than I anticipated with PS4/Xbone looking to be falling off unexpectedly fast. A few months ago I would've said PS4 alone could make up the difference but now I'm not so sure.

Half a year ago it looked like the 8th gen could edge out the 7th gen ever so barely, but today it's pretty much a done deal that the 7th gen will take the lead eventually.

The more optimistic than this and slightly unlikely, but still not impossible one is with the big drop of sales for PS4 in 2020 that Sony may not anticipated to be so big, in the next few months they cut the price by 50$ and then PS4 makes 5 or 6M at best this year with 4 next and 2-3M more after this, to barely beat the 7th gen. However as I said this is unlikely, but I won't be surprised if they do it, because it's not unlogical thing to do.

As for the XB1 .. yeah, this 2021 year will probably be it's last, and probably after the christmas period, this time next year microsoft will announce the complete discontinuation of the XB1 consoles, with sales just barely making 50M lifetime, which is somewhat of a milestone I would say .. they can even confirm it officialy, because 50M is in no way bad number, it's OKAY number. 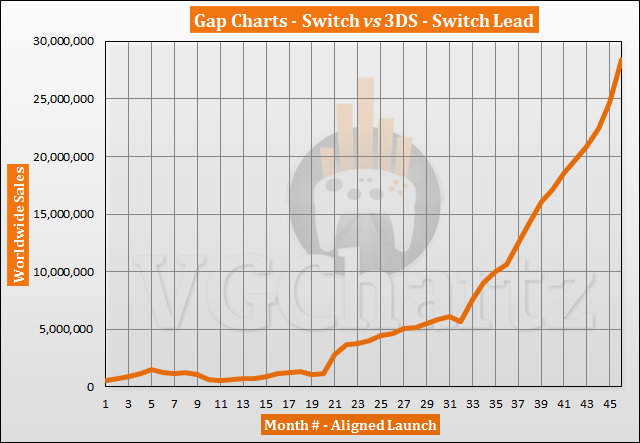 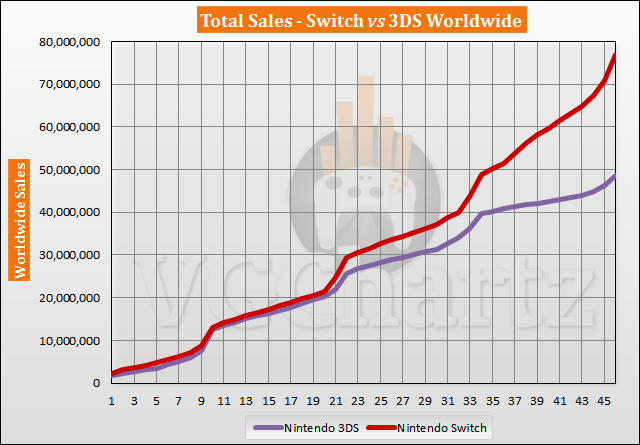 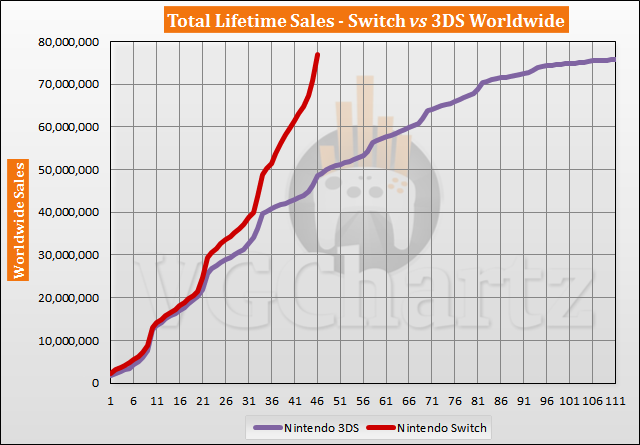 Well, there it is.

It's been fun watching this gap close, especially so quickly in recent months. Onto PSP and GBA. 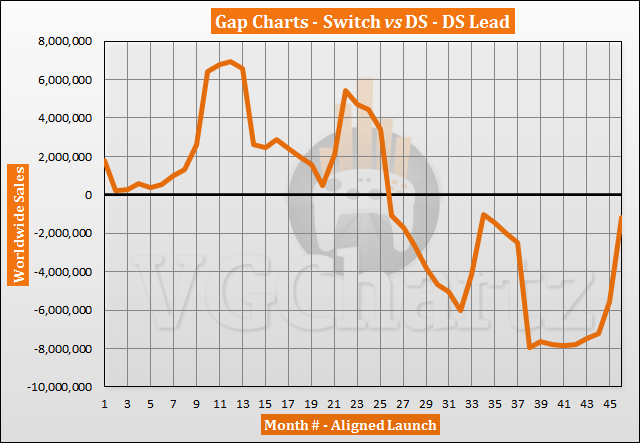 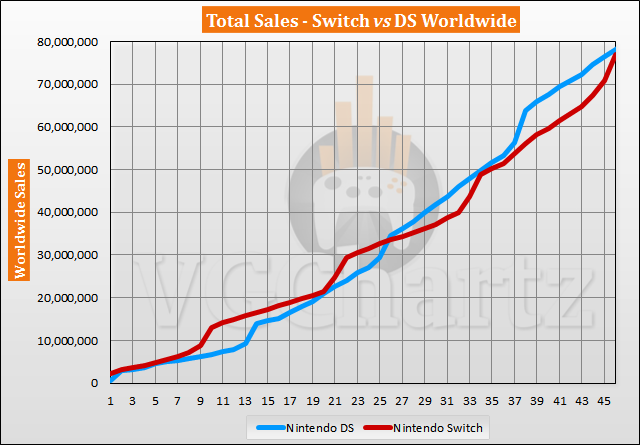 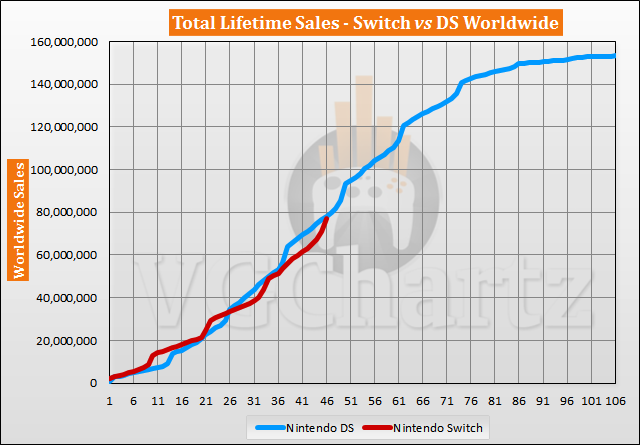 The 46th month on sale for the Nintendo Switch is December 2020, while for the DS it is August 2008. The Switch has sold 76.99 million units, while the DS sold 78.16 million units during the same timeframe. The DS reached current Switch sales in month 46.