Because I am legitimately curious as to why one company does something the others don't, because my questions tend to lean towards the console maker I prefer, and because this is a site we are supposed to talk about games and game-related stuff on.

Why are people aversed to learn more about sales and interesting statistics related to on a site that's based on this very principle is beyond me.

1. Third party game sales are more important to Sony/MS than they are to Nintendo.  Reporting first party sales somewhat undercuts the importance of the third party games.

2. In video games, "no news is bad news".  When something sells great, then it gets reported.  When something sells poorly, then you just don't hear anything about it.  Sony actually used to regularly report console shipments just like Nintendo does.  During the PS3 years they stopped doing this, because it stopped being good news.  "Coincidentally" around the same time the NPD stopped reporting software numbers for the top selling games.  Microsoft has always hid most of their sales data, because it has never been good.  Even during the X360 years, their games division was losing a ton of money.  "No news is bad news." 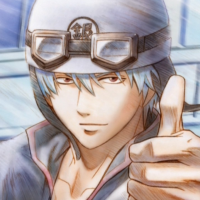 They really should reveal them.
That way fans could understand why some series are abandoned and others not (alot of them forget that some games simply underperfomed).

But Microsoft with gamepass will never do it.

Capcom and Nintendo should be the example.

Sony kept reporting PS3 shipment every quarter, are you mixing it with PSVita for some undisclosed reason?

I'm a bit surprised Sony stopped announcing sales figures. Maybe its the change in leadership? We got confirmation of 20+ Million lifetime sales for Spiderman and God of War from external sources, very reliable ones I might add, but you would think this is the type of info Sony would want to announce.

First party is doing really good for Sony, the outcome is much much better compared to SW sales on PS3 and even PS2 (both first party and third party).

Could you please link to this data?

It does set one up for failure. Like if you list it for one you have to list it for all. And not all games will be a sales success but might be still popular on Game Pass. It’s free ammo for console wars. The system in place now is fine. Both Sony and MS announce milestones as they see fit and that’s fine with me.

You could just enter their financial statements. The final shipment number in VGC for PS3 was even adjusted by sony announcement.

That is one example, from what I remember almost every year Sony gave total HW sales.

Guess you could have done your research before your claim instead of asking for another one to give the sources that disprove yours.