Forums - Movies & TV - Movies that could USE a reboot/remake

I know everyone says "I'm tired of reboots/remakes", but what are some that could actually use a reboot or remake?

Spawn is one that could definitely use one. The 1997 movie was so campy and goofy that it did the character and his source material a HUGE disservice (why Todd McFarlane agreed to dumbing it down, I have no clue) and Violator wasn't nearly as menacing as he is in the comics and cartoon series, reduced to making fart jokes, dancing in a cheerleader outfit, Looney Tunes eye-popping scene, etc. IF Todd McFarlane ever gets his reboot off the ground (big if), then let's hope it actually delivers with something more akin to the HBO series, which was so much closer to the comics tonally and better.

Ghost Rider is another one that could use a reboot, but without Nic Cage this time, please. Makes me wish the HBO series wasn't cancelled, Ghost Rider has sick potential with a TV series.

Event Horizon. It's impossible to add the deleted scenes to the original release, but they could pull a do-over and not hold anything back this time.

The last Star Wars trilogy, with a real plot this time, no screenplay based on "fanfic for beginners"

I was just about to say this 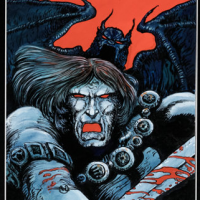 I'd love to see a Fifth Element reboot of some sort.

But I’m going with:
Avatar The Last Airbender. This could have been a top notch new franchise but this movie was just a steaming pile...

This was already answered, and it got delayed a year because of the F******* 'Rona. So I'm just being patient and not asking for anything else right now: 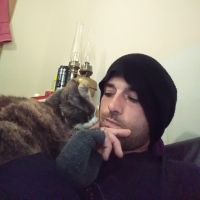 I would love to see Jordan Peele modernize Wes Cravens ‘The people under the stairs’. It’s an underrated horror/adventure and the story is still relevant today. https://youtu.be/aIH9uDZ99c8