89 for me. Which would be a big improvement from their last game (Infamous: Second Son scored an 80).

Ending the PS4 lifecycle with another amazing exclusive! 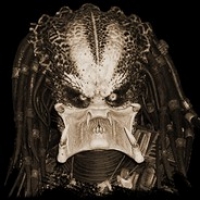 I'm hoping for a pleasant surprise.

Guess I'll remember this just to see if they sing a different tone when it comes to another game from another company.

OT I'm going with 85 seems like a good score and reasonable expectation.

I'll be optmistic and predict 85.

@BraLoD put the scores of the Infamous series for people to have an idea of the average review of Sucker Punch.
Infamous 1 - 85, Infamous 2 - 83, Infamous Second Son - 80 and the standalone DLC First Light 73.

81 game looks OK, but nothing special.

Yeah, after Days Gone I'm kinda wary. Like Bend Studio, Sucker Punch hasn't done anything in a long while. I'd still buy it at a 79 Opencritic score though.

And here's the counter-argument to the above reply of mine. If Guerilla and Insomniac were able to rise to Naughty Dog levels (both were AA or AAA studios), then Sucker Punch (which also has a long history of doing AA or AAA games) should be able to as well. Bend Studio's slight failure (Days Gone is still a good game!) can be explained by the fact that they went from developing for PSP all the way to PS4.

This! 8/10 is still a great game. I've caught flak for years saying that I typically won't buy a game that's under 78/100, even though I fully acknowledge those 78/100 games are good games worth people's money. I have the excuse of owning way too many games already. I'm a multi-platform gamer, and a retro gamer to boot. So I've got 15 different game systems I can play on plus PC. But for other people, that don't own hundreds of games, and don't have more than 5-8 systems? Lol saying 8/10 isn't worth picking up is laughable!