Ah videos as well then, I always used you tube for those from the start. When I think of face book videos all that comes to mind is low res crappy cell phone captures :) I've never heard of Facebook gaming either. My last post on Facebook was July 9th 2017 yet some people still tell me happy birthday once a year on Facebook. Not that I notice :/ (Just found that out lol)

It wasn't facebook gaming I think. I just shared the video capture on my fb account with choice of people to tag and who could see, but otherwise the process was the same as for YT. At least for me it always asked among YT, Twitch and FB when I chose to upload video.

I thought Mixer was a music app... A sequel to Xbox Music Mixer from the Original Xbox. Woops!

Well I’m glad Ms cleared up the pressing questions. No we won’t be forced to link with FB, FB gaming won’t replace the Mixer tab on the console.

I imagine in the future if you are on Instagram and see a Xcloud add, clicking on it will bring you to the App Store to download the Xcloud app.

Are you being sarcastic?

With @WatchMixer going away does @Xbox have plans to incorporate an easy way to stream using other apps like twitch? And are you open to development of other streaming apps to give gamers options when using the console to stream? @XboxP3

Yes, we absolutely want to give gamers choice of where to stream from Xbox.

Mixer tab wont be on the console... because mixer will be gone in a few weeks time.
It (the tab) will be replaced with other streaming services, ei. Twitch, facebook gameing, youtube ect.

"I imagine in the future if you are on Instagram and see a Xcloud add, clicking on it will bring you to the App Store to download the Xcloud app."

^ that thinking is too small scale.
If that was the whole point of it, they wouldnt have closed down mixer for it.
Basically your "I imagine in the future" is small stuff thinking, that cant be right, it makes too little sense to be how this ends up.

MS getting access to 700m+ facebook users, and some of the phone market, that could make use of xCloud for gameing on your phone.
Is probably a big part of it.  Facebook wouldn't go along with this without getting something in return, it wouldnt be called a partnership if it only benefited MS.

MS aiming to make gamepass a big thing on phones, and pcs via facebook/instragram.
Facebook likely going to be integrated into Xbox OS, so they can datamine all xbox users.

Something tells me Facebook is gonna be plastered all over the dashboard....


*edit:
I mean think about it.
If Facebook is giveing xbox access to its platform, and leading you to its services, why would you assume they wouldnt ask for the same from xbox?
Ei. facebook stuff and services linked to xbox?  No such thing as a free lunch. 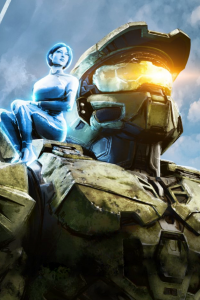 It won't be replaced, it's going. 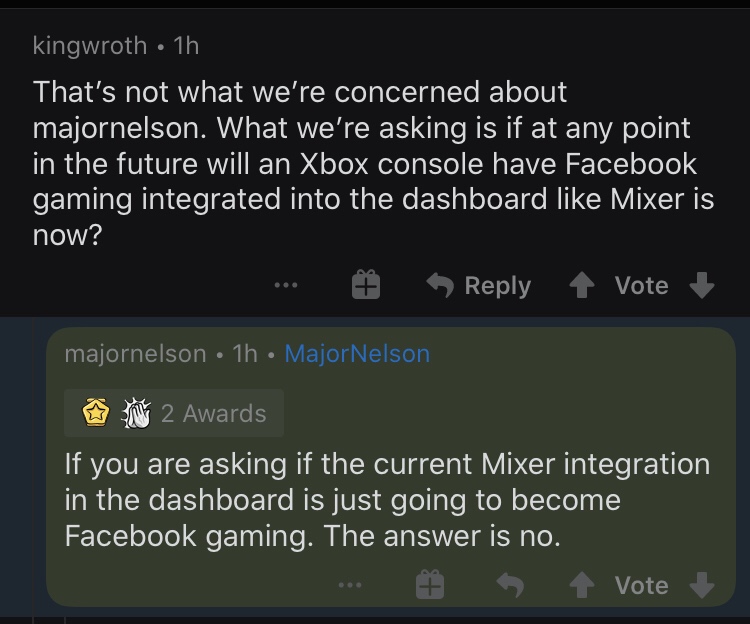 "If that was the whole point of it, they wouldn't have closed down mixer for it."

Mixer was a failing service, nothing Microsoft was doing worked, so they shut it down and partnered with Facebook, Amazon/Google aren't an option as they are direct competitors in the cloud service.

Klob made a mock-up of what the link could look like. 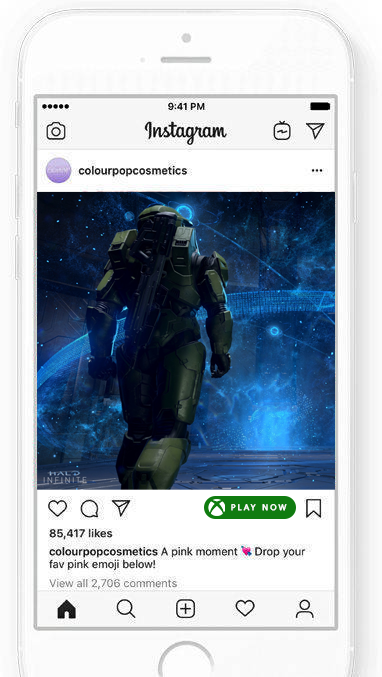 And how many times has MajorNelson lied about stuff?

Hes a PR guy that probably doesnt even know the inner workings of the deal or the outcome,
and just says whatever he thinks people wants to hear, as part of his PR job.

I bet you facebook or facebook gameing in some way shape or form, shows up on xbox.
Otherwise it doesnt make sense, unless MS is handing over bags and bags of money to facebook for it.
(which again could effect gamepass and its price)

Its more likely since they call it a partner ship that access to each others platforms, goes both ways.
So they both can temp people into useing their services from both sides.


Maybe Nelson is just useing word trickery.
Maybe the "current" implimentation changes, and in the new changed way, it has it.

"Facebook likely going to be integrated into Xbox OS, so they can datamine all xbox users." - No. 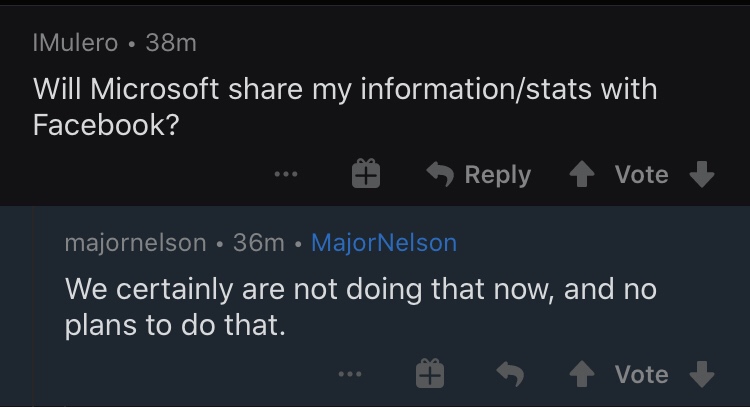 "MS aiming to make gamepass a big thing on phones, and pcs via facebook/instragram."

True, but Facebook/Instagram won't be the only avenue of getting to Gamepass/xCloud via PC.

"Something tells me Facebook is gonna be plastered all over the dashboard...."

In regards to what Facebook is getting in return? Honestly Idk for certain but I personally see a few things, for one Facebook loses a competitor (they actually acquired Mixer but Microsoft keeps the tech, Facebook will attempt to poach the users and own the trademark/brand now). Secondly Xbox will likely begin to advertise Facebook Gaming (such as for gaming event streams, or being able to use xCloud/Gamepass through Instagram/Facebook).

Beyond that Idk, but Facebook ain't exactly ran by geniuses, they sure as hell ain't going to be the ones pushing around Microsoft in this relationship, Lol. We're not going to suddenly see Facebook plastered everywhere and xCloud/Gamepass requiring a Facebook link unless you're accessing xCloud through Instagram/Facebook maybe which in that case, you're already linked. to FB/Insta, if you care about avoiding Facebook you'll just be able to access xCloud app elsewhere.

Come on dude, comments like "Well they lie!" makes me wonder why I bother replying.

You're severely underestimating Major Nelson I think, he may just be a 'PR guy' but he's been at Microsoft for 19 years and is in a senior position, I imagine he knows quite a bit about the inner workings.

I reckon Facebook Gaming will show up too! In the form of an app maybe, but the FUD over it being plastered all over Xbox is just that, FUD. Microsoft are not going to let Facebook 'take over' their xCloud/Xbox OS with ads and required linking.

You clearly have a pre determined narrative. Even when there is evidence to the contrary you can’t just be like “Nuh Uh”. It isn’t even a vague statement. He confirmed Facebook won’t take your info nor will the Mixer tab be replaced by Facebook. Of course you will have some kind of option to link between the two, but it won’t be mandatory. Xbox has been all about choice these last few years and going forward.