I haven't read the spoilers, but it didn't seem like people were too impressed with them. I think the average reviews will be around 88, but I'm guessing for me personally it will be a 10 and in my top 3 games for the PS4.

Updated the OP with the predictions so far. 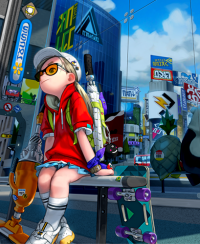 I'm not sure about this one. From a gameplay perspective it looks really good. But i'm worried about the story. I'll go with 93.

Remember that is a Sony game, so they will be criticised for the minimum reason.

I’ll go with 92 but I hope I’m wrong and the game scores higher.

That’s a odd perspective. From mine it’ll be praised extra just because is a Sony game. Hence my 94 prediction

I would say 94.. even though the sequel might turn out be a superior game.

I don't think most people have problems with a diverse cast. It dosen't matter to most if those carachters are gay, lesbians, black, green, blue or aliens, as long as they are well written and are not there merely because the devs wanted to push an agenda.

I feel that a good example of what not to do in this case is TimeSpinner. God, that game soured me. Not only was the story weak, but they kept throwing on your face how magnificent the carachters were because they were gays or bisexuals or whatnot, and not because of their personal story. They kept throwing that on your face as if they were trying to convince you of that dogma of their instead of just telling a good story.

That's when people will have problems with a game. If Last of Us 2 dosen't do that, they will be fine, as long as there are no other problems.

If it's two years ago I'll agree with you, but seeing what the review was going on to SONY games these 2 years, it's not odd to say there's gonna be certain point off in the first place because it's a SONY game if it is not PERFECT.

my gut feel 96 dropping down to 94, but  fuck my gut what's it done for me besides bellyaching all the time. 95 it is