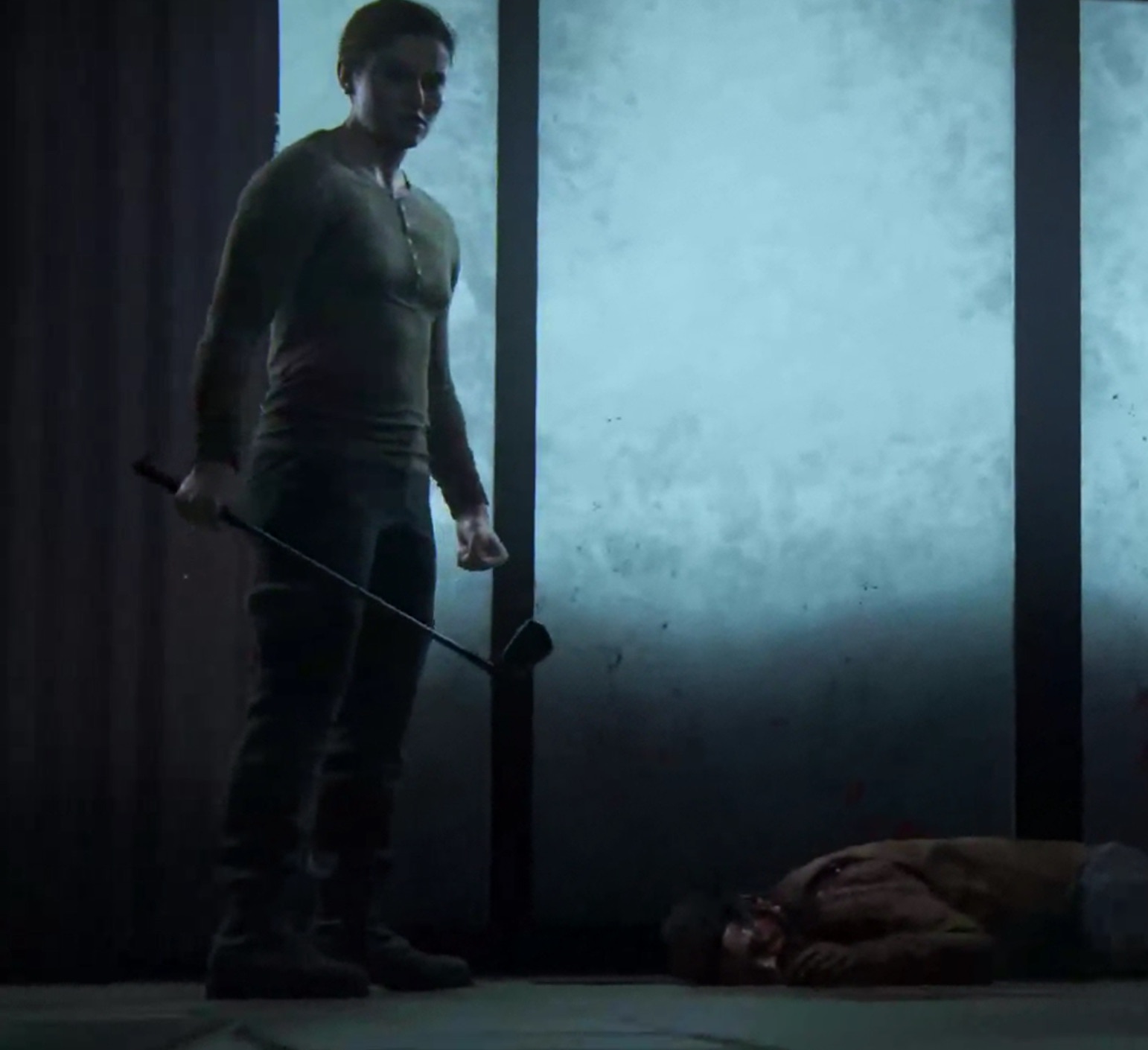 I could name plenty of real life figures with much larger kill counts than Joel/Ellie that are still considered good. Include fictional characters and I could name a metric shit tonne.

Besides, morality is relative and to me at least Joel/Ellie were 100% the good guys from the first game.

You know what would really subvert my expectations and make this game a solid purchase for me is if all this was a marketing stunt and the actual game has a completely different fap worthy narrative.

I've not played TLoU (actually I did for 10 minutes or so) and only know the two main characters from the first game.

Anyway I think it's a really shitty move to make you play as someone who killed one of the main characters, especially for like half the game.

cope of the century

The game is going to be divisive for so many reasons. You spent so much time developing the characters in part 1 to have them all die. Then the person you are playing as (Abby) has nowhere close to the likability of Ellie. It’s like playing Halo 5 as Locke and you spend time beating Chief to death. The shock value will be completely undermined by the fans investment in original characters and dislike of Abby.

Then you have the trans topic which will create an online mess of politics for months. People will be reduced to political sides and the game itself will be lost within all that. Definitely not a good call for ND.

Long story short, LOU wasn’t divisive. This will be. Somewhere along the line their vision was warped. And now to me, ND is no longer the flawless jewel in PlayStations crown. It always made (past tense :p ) me jelly that they could do no wrong.

I'm truly glad that I didn't find the first game interesting and skipped it as a result. I feel like I would be super pissed at Naughty Dog if I was a fan of the first game and discovered how badly they butchered the story in the sequel. Seen lots of people pissed about this, saw quite a few tweets trending yesterday likening the storyline to Star Wars episode 8 and Game of Thrones season 8 in terms of how bad it is. The game seems super woke too, which is going to create a huge political mess.

What really pisses me off though are the rumors that Amy Hennig left Naughty Dog because the studio heads sided with Neil Druckmann and Bruce Straley over her on the decision of what the future direction at the studio should be, Uncharted sequels or The Last of Us sequels. Now we find out that she was right, that a sequel to TLOU was a bad idea. On top of that, they supposedly forced her to work with Neil and Bruce on Uncharted 4, who changed alot of the game she had planned. Naughty Dog's leadership sounds pretty shitty the more I hear about them. I'm glad they're finally getting shit on by the general gaming fanbase over the poor working conditions at the studio, and now over how bad TLOU 2's story seems to be.

Honestly this is hot garbage .. i'm in disbelief of how bad and lazy this story is. Oh Naughty Dog, Naughty Dog what the hell are you doing.

its just shit that people you grow attached to get killed off, see Game of thrones  for example I say GOT is top quality content aside from S8