Whaat!?
No way, where can I get this product?
... Could it be that we didn’t realize that someone are making it?
;D

Such item does not exist right now.
Thanks! https://t.co/0hYBet71aR

And to save people a click about who this person is. 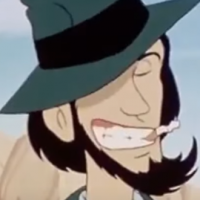 Well, I say wait a few more weeks before we say debunked. Dude seems really cheeky in the tweet. But yeah as today now there's no SFV Switch.

Who I should believe??

I would be surprised and happy, but I expect jack from Capcom at this point.

The way they are treating the Switch like a red-headed stepchild makes no sense at this point. Especially how well they treated the 3DS with new Ace Attorney games, new Monster Hunter games, and even having Resident Evil Revelations as a timed exclusive. Hell, even the 3DS had Super Street Fighter IV 3D Edition.

The Switch could have 100 million and not even receive a new game or a port of a current-gen game from Capcom (beyond Mega Man 11), based on what I have seen so far.

Square Enix has provided multiple ports of Final Fantasy games that some Nintendo fans have likely never played before, old Dragon Quest ports, Dragon Quest Builders 1 and 2, the Collection of Mana, World of Final Fantasy, a pocket edition of FFXV, a remake of Trials of Mana, an enhanced version of DQ11, Octopath Traveler, and the upcoming Bravely Default II. I don't expect DMCV, Monster Hunter World, or even Resident Evil 2 or 3 Remake, but I expected a little more from Capcom for Switch owners compared to what is actually brought in. Even the DMC games being on Nintendo consoles for the first time are kinda hindered by the fact that there is a DMC collection on other consoles.

I hope I'm wrong once the Switch's life is near its end, but there has been no signs of anything changing my stance on this.

He's often like that. But as I've followed Ono for almost 10 years on Twitter, I've seen him react to several Street Fighter leaks in that time.

He'll make a cryptic tweet saying something like ".... :(", and everyone who already knows, knows what he's referring to.
But what he doesn't do is link you to the leaked material. Not until Capcom are ready to make their official reveal, in whatever way they have planned.

They may move up the reveal a few days, like they did after the DLC characters planned to be revealed at EVO were leaked by Steam almost a week too early.

He wasn't happy about it.
But even then, that took a couple of days to arrange. It's only been a few hours since that EB games tweet. I doubt Ono has been able to discuss this with management on such short notice.
So his swift reply looks like he's putting the rumor to rest.

Ah, okay. Makes sense. Seems it has been really debunked now though, as supposedly the tweet was meant to highlight the PS4 version. Exclusivity deals are no joke.

But the Switch in the tweet and "heading to"...I don't know how to feel about it. It's really strange.

We posted a tweet advertising Street Fighter V: Champion Edition for the Nintendo Switch earlier this evening. Please note that the details in this tweet were inaccurate, and were posted in error. The intention for the tweet was to highlight the PlayStation 4 version of the game.

Is that what you're referring to?

I don't know how anyone screwed that up, but I guess an employee either misread something, or it was listed incorrectly in their database, and they got ahead of themselves and made the tweet before double checking if it's correct.

Well I hope SFV will come to Series X.

I honestly didnt play much SFV due to the shit load times. Which has been an issue for several fighters this gen using that same engine.

You can believe Capcom.

But you forgot about 4.4 million additional sales for SSFIV, SSFIVAE and USFIV. There was also about 1.3 million sales for the 3DS port.

We could argue a lot of people double dipped on SFIV. But I bet many did for SFV as well. SFV had rereleases as well bundled with season passes.