The US politics thread welcomes each and everyone who wants to shit on the US.

If the US isn't a democracy then few, if any, countries are.

And democracies aren't "alright". They're on average better than dictatorships, but only on average, it's certainly not always the case. I believe it was actually an American politican that said "Democracy is the worst form of government, except all those that came before it" and they're right. It is a bad form of government, it's just usually better than all of the others.

The US isnt a direct democracy. You guys dont follow the majority rule.
You dont follow that every vote is equal.   I would say America has a "weak" form of democracy compaired to many other places in the world.

These things shouldnt happend imo.
The system isnt fair, and republicans are drawing lines on maps, setting times&dates, and effecting the peoples ability to vote, in favor of themselves to beat the system. Ontop of how unfair it even is, that you can win by a minority of the votes.

The election isn't direct either. They aren't voting for the president but for the elector who will then go on to vote for the president. Electors are just random guys appointed by the political parties, so they don't have any kind of legitimation of the people. In some states the name of the elector you're voting for isn't even on the ballot.

EDIT: Re-reading your post, I think that's what you meant by "US isn't a direct democracy".

Either-way, the discussion of democracies and political voting isn't on-topic for the COVID thread.

Wasn't sure if this should go here or in the Sony or Gaming forums as a thread in its own right, but I thought this thread the safest bet, so...

-America is inarguably more sharply divided along political lines today than at any time since the American Civil War.

-A nigh-inescapable illness has appeared suddenly.

-People have spent much of this year huddled away, deliberately avoiding contact with other human beings and relied on delivery services to avoid going out and social media to re-establish communication with each other.

Seriously, right down to many of us surviving on say energy drinks instead of water for at least a period of time, Death Stranding's dystopian premise has proven to be distressingly prescient this year, just months after its launch.

I declared Death Stranding the most socially pertinent game of last year shortly after playing it late last year, mostly just owing to my first bullet point above. I have not a single regret about that. Half a year on, this game has aged far better than most do, IMO. Horrifyingly well. Too well.

I changed the scale on the graphs, each vertical line is a new week (Sundays to be specific)
Europe is about even for the past week, North America going down very slowly.
South America jumped ahead as largest contributor while Asia and Africa are climbing as well.

Both North America and Europe passed the 2 million reported cases total, North America ahead.
Asia passed the 1 million a few days ago, South America is close to 850K.
The world passed 6 million total on Friday, and 370K total deaths so far.

No progress, the world total is seeing 110% week over week growth and currently accelerating.

Brazil passed the USA and is currently the largest contributor to reported cases in the world.
Canada is finally going down, USA a bit less while the rest is all growing.

Still a long way to go.

You should probably add Mexico to your 3-day-curves.
My guess is Mexico will spill over to US numbers at some point, there's just no way that can be avoided.
Maybe Orangehead's wall wouldn't be that bad now. Inconceivable that he is right one time with a single argument (even for the wrong reasons). 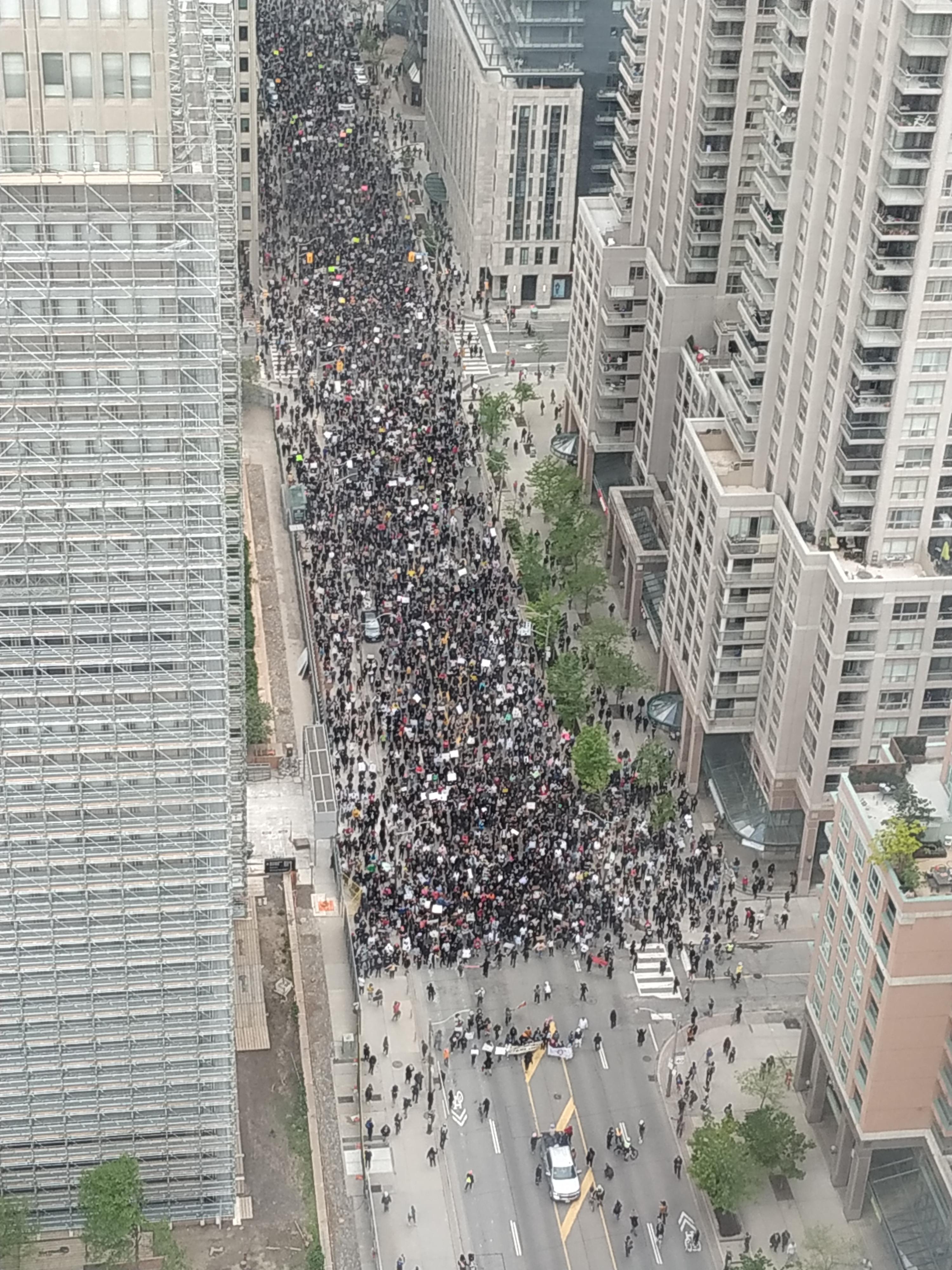 Gotta spread that Coronavirus I guess.

A week or two from now, Im guessing theres a massive rise in Covid19 cases in Canada + US.
A week or two after that, the deaths follow.

Rioting in the middle of a pandemic is something else.