2) Favorite is Final Fantasy 7 (PS1) with Tactics (PS1) being a close second.

3) I've played 1-13, and Tactics.  I also played a ton of other great sequels and spinoffs like Crisis Core, Dissidia, Theatrhythm, etc....  But Tactics is good enough to be counted as a main series game.

I also want to say that I really love Final Fantasy 1.  It was one of my top 3 NES games back when it was a current system, but the Final Fantasy series has improved a ton since then.  Also when I make my "top 50 games of all time" list, I have 7 different Final Fantasy games in there.  The original NES doesn't make it, even though I really love that game.  But 7 other entries do, because Final Fantasy is just that awesome, or at least it was during generation 6 and earlier. 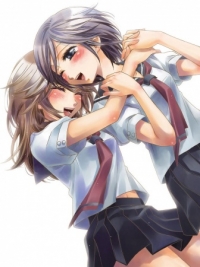 My first Final Fantasy is my favourite, mostly because I played the best one first. It was so good I had to go buy FF7 (the only other one released at the time in the UK) and from then on I bought them all as they released. I've enjoyed the whole series so far, but aside from briefly deciding FF12 was the best when it launched, FF8 remains my favourite game ever.

What I'm fascinated by is how many people have played nearly all FF games but 15 and I noticed some of the people that comment in FF threads, haven't played 15. Just thinking....

You phrased it well. Sure it is a small poll and it isn't a majority that prefer the first FF they played (and a lot played many).

But we can say that it seem like there is a great correlation between your first played FF being your favorite or at least among them. Sure we could filter it to verify the discrepancies between people that started on the very beginning, around PS1-PS2 or currently.

One thing I can say is that I really disliked FF XII when I played it, but Zodiac I liked the game a lot. I probably didn't understand 12 enough at the time and it became a problem to play it on the control only the protagonist.

3) I've played all the numbered Final Fantasy games (including the original) with the exceptions of FF XI, FF XII, and FF XIV. I prefer my Final Fantasies more story-based.

Absolutely know what you mean about the theme being a part of your love of the game, some of the FF music is just amazing at invoking emotion, I get the same with Aeris's theme from 7, I can't hear the haunting melody without it being forever associated with THE scene of her, and it pulls me right back to 97 before I would have the internet to spoil it for me so I just sat there in shock after with just that theme stuck in my head of her.

Like I said, haunting theme after playing that game as a teen in my formative years.

That said, VIII too has a strong place in my heart. I doubt I could ever consider it my favourite game of the series, but once I've played even the rest, I expect VIII to hold up pretty well. Also, VI could possibly be my favourite, but I haven't completed it yet, so not quite yet at least.

Favourite is ff7, its the goat game, the first one i played was ff 8..

ALL final fantasys are masterpieces from 7 to 10, after that they are good to ok.

lets see if the ff7 remake makes me proud of square enix again.


I am playing ff8 again and wow, its so good . Its kind sad that we probably will not see ff16 until all ff7 remake is done? Or if the remake is super popular and sells like crazy doing sales records we probably see another remake next, i dont mind a ff6 proper remake, i never played it, started it like 3 times and could not pass like 3 to 4 hours. This story needs to be told in proper next gen tech