Yes I liked the reconstruction techniques. And I know TVs have their own upscalers, but usually the ones put on PS4Pro and X1X and even X1S were better than the ones in most TVs.

So considering that in the final years of consoles the type of games they put may be to taxing and even reconstruction wouldn't be enough if possible keeping the upscaler to ensure the signal out is always 4k (or even 8k if they decide to make it compatible with next wave of TVs, or could wait for the mid gen refresh) is just playing safe.

Sorry, not a debate. I used S-video and component to make 6th gen content sharper on 480p TV. So your evidence is wrong.

Try using a 480p display as a monitor. You wont be able to read much of the small text. Not a debate.

No, the units in Halo Wars are not unusually large compraed to many RTS.  If anything, some games zoom out further.

And? I'm explaining how Starcraft and other RTS games worked on 5th gen consoles. They often looked very different from the PC versions due spec and resolution disparity. Hence, their visuals had significant changes.

The difference between 1080p and 4K mostly matters when you're playing on a massive screen. While the disparity of 480p and 720p is more obvious on a smaller screens and big.

I'm suggesting some of the 60 fps games use techniques that do look better than 30 fps games.

God of War has open areas and areas you explore slowly. If you fast travel, there is will be a load time.

I argue the 60 fps games I mentioned are in the ballpark or in some ways better visually than the Pro games you mentioned. They do similar visual fideltity on X1X above 1440p with 60 fps. If those 60 fps games reduced resolution further, they could improve effects and draw distance as well.

What is possible in graphical achievment also is dependent on resolution, even at 30 fps. For example, the Pro games you mentioned are 1440p because thats about the best they could do with thosee graphics.

If CPU bottleneck wasnt an issue, they could potentially maintain those visuals at a lower resolution with 60 fps.

Then provide the damn evidence! Do you not understand what evidence is? And why it gets provided? If you are going to ignore someone elses evidence and keep asserting your position as the right one, then you don't actually have an argument, only a baseless opinion... Honestly think you are trolling at this point?

Not saying S-Video and Component doesn't make the image better. It's just not going to have the clarity of a full digital signal however.

They are large.
Halo Wars 2. 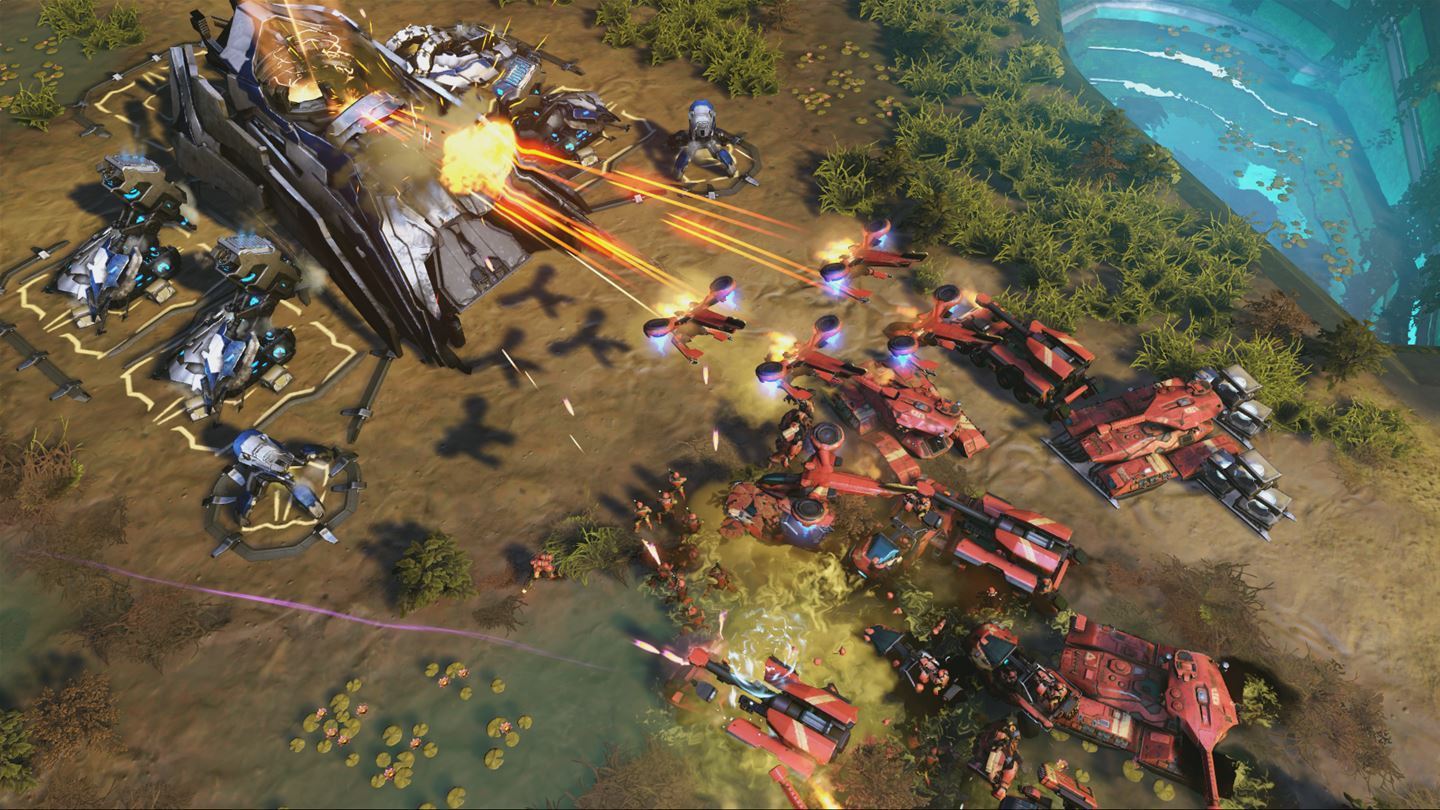 Ashes of the Singularity. 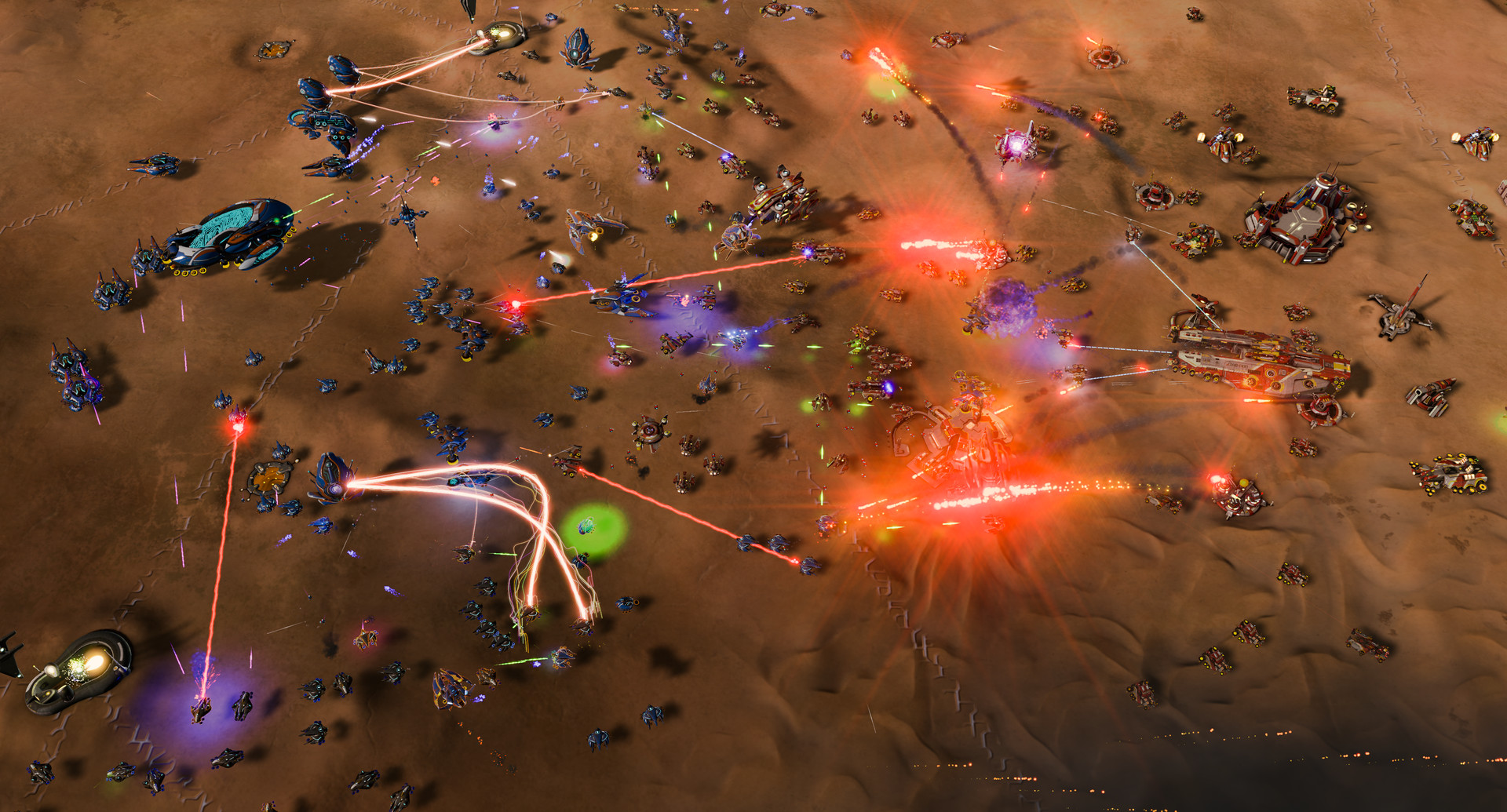 Consoles of the era tend to be underpowered verses the PC alternative, that didn't just extend to RTS games, but FPS, RPG, the lot.
Take Final Fantasy 7/8 on PC, you could do 800x600... In general all 5th gen console games were low-res.

So again... What's your point?

What you perceive with your eyes and the effect of resolution is entirely down to your own eye capabilities, the distance you sit from the display and how large said display was.

This image will essentially undermine your entire argument and proves what I am saying. 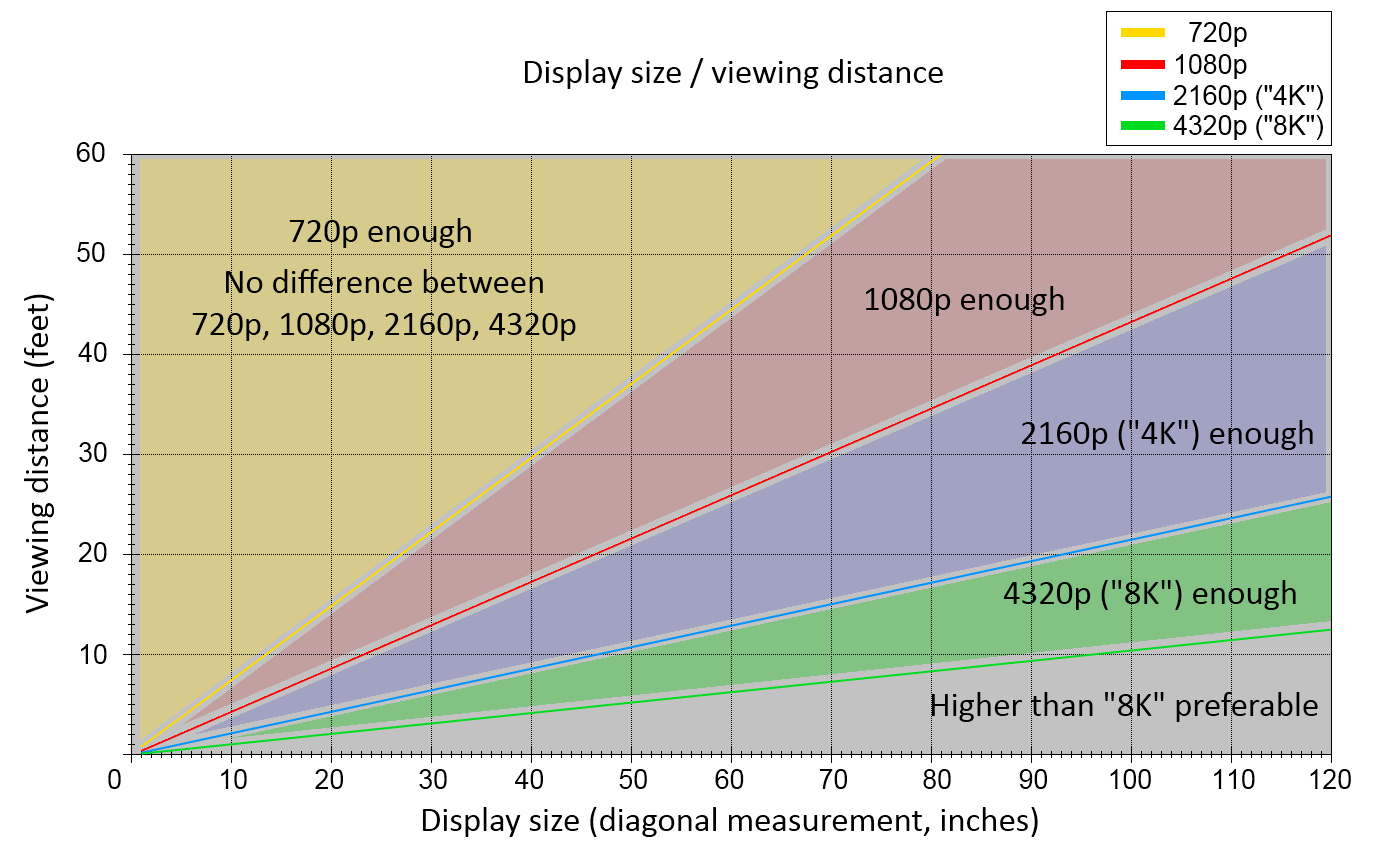 No, no and no.
It's not just about display size. See above.

And the disparity between 480P and 720P actually increases the larger the display is and the closer you sit to said display. - You are stretching pixels so you are able to discern the discrepancies to a far larger degree.

No, you were stating that some games that were running 60fps on Xbox looked better than SM, GoW, etc. That is just preposterous.

Yes any game that you use fast travel will have some load, but since I don't think you played GoW you don't even know what or how that was done. I'll give you a hint, it isn't what you are imagining. The game was in fact open world, linear narrative (that you could deviate as much as you want just as about any open world game), single panel and single set piece.

I'll have to tell you again, if CPU wasn't a bottleneck and the game is pushed for 60fps then GPU becomes the bottleneck and they need to reduce the IQ because then GPU will have half the time to render that. Is that really difficult for you to accept?

Show one open world game on X1X running at 60fps looking better than Gow, HZD or SM. Techniques are just techniques, it need to be a whole looking better.

But considering your discussion with Pema you are going to just use your opinion and experience as evidence. Hint again, yourself isn't evidence. Watch the video he posted about CRT or read and understand what he is explaining to you. Because it is just plainly impossible to say that on the right conditions the jump from 480p to 720p is much more noticeable than 720p to 4k. The only way you can try to push that narrative is on one situation you sit 2' from a 32" screen but for the second one you sit 10' away from a 42" screen, and done with a low powered HW.

"Not saying S-Video and Component doesn't make the image better." This was my point. Basic RCA look muddy compared to using those. I tried to opt for those when I could.

Are you comparing Halo Wars to Ashes of Singularity? That's funny. You're being silly. Ashes is not average for the genre, certainly not in 7th gen. Also, Ashes is intended to be a larger scale PC exclusive.

I'm saying to the average person, the leap from 480p to 720p was an obvious improvment. Seeing the disparity of 720p can be a little more difficult especially with a good AA solution. But again not everybody is an expert like yourself.

I dont think we really need to drag this on. I guess your point is 480p looks great... on 480p screens. I think its a fine resolution for many games to be playable on, but 720p is the sweet spot for almost all games. Especially when you consider low res games tend to need bigger UIs that can take much of the screen.

Look, I'm really bored of you and only read a sentence.

My advice is play some PC games and see what happens to the frame rate by adjusting JUST the resolution. That alone can be the difference of 30 fps to 60 fps.

That's my point in a nutshell.

An example of how frame rate, resolution and effects impacts the overall experience is Overwatch

The biggest divide is between Switch and all other console versions because it has half the Frame rate.

If it ran at 60fps, the loss in visual quality would be less of a factor.

And my point was... That a digital interface like DVI/HDMI/Display port tend to provide a better experience than all of those.

The point I am trying to convey, is that 480P is just as likely to look just as bad as 720P on any larger, higher resolution display that you sit closer to.
Where-as on a smaller, display that you sit further from, the difference between 480P and 720P is absolutely fuck all.

Again, all about panel size, distance you sit form the panel and the technology the panel employs. (Resolution etc'.)

That was my point that you decided to argue against? JFC.

But not as large of an improvement as other resolution jumps when you account for all the factors.

No. 480P doesn't always look great on 480P screens. It really depends on all those other factors I listed prior.

My original argument was that 480P and 720P in 16:9 aspect ratios aren't leagues apart. They are both low resolution, but whether they are acceptable depends on the display technology, resolution, display size and the distance you sit from the display.
That chart I provided earlier reinforces that.

Low-res games had big UI's because the UI's were rendered at the same resolution as the game.

This is 2019. UI's in games are rendered independently of the games internal rendered resolution, which makes sense considering how many games employ a dynamic resolution from 720P to 4k these days. - Otherwise we would notice the UI getting extremely jaggy and low resolution when the games resolution drops.

Agreed, there is better than s-video and component. But anything else on a 480p CRT TV was less common.

I disagree. I've connected OG Xbox to a 1080p TV with component, it didnt look as good as 720p 360 games on the same screen thanks largely to the resolution disparity. Wii games on Wii U's BC with HDMI, also not great looking.

I argue 720p looks okay even on a large 4K screen. The large pixels or blurriness of 480p can be much more jarring in comparison on the same screen. I really dont see the debate here. If they looked equally bad it seems odd Switch sometimes targets 720p over 480p.