Best Spider-man film made was Into the Spiderverse, although more of a Mile Morales film as opposed to Peter Parker but still. Problem is the films have to appeal to their main audience, sadly that's not full grown adult men who read comics, it's kids. A Spider-man film dealing with his issues over his marriage, death of Aunt May or issues he has juggling being a hero against having a job might not be that fun to watch. Works well in comics as they allow for an ongoing soap opera like narrative.

Spiderverse did great for many of those things but kept it simple and light hearted as Miles was the star, not Peter Parker. The Peter we have in the MCU films just isn't Peter Parker we know, heck none of the characters really are. MJ isn't MJ, she's Michelle someone, moody emo girl, not the outgoing gorgeous girl next door from the comics. No Ben, Tony is the Ben of that world. Heck, even Peter Parker isn't himself and is being turned into more of a Iron Man Jr (Sooner they add the Young Avengers to the MCU the better, get Iron Lad in there), no spinning wise cracks in fights because he's nervous, no achievements or sacrifices of his own like Peter would do.

I was talking to a friend of mine about the next set of films and was saying that Peter Parker needs to be the next big character in the MCU because Peter IS Marvel, he's the star, always is always will be, the idea that plain slate Carol Danvers is the next front of MCU is stupid, she's not likeable, Carol never has been. But my friend made a good point, IF Spider-man becomes too successful in this guise of the MCU, Sony still have power right? They can say 'alright' we are pulling him out of MCU and just end the deal. Marvel don't want that, they want control of their characters.

Sony are at least doing other things with their purchased licence with Venom, Morbius and Spider-verse, all more mature themed (hopefully on Morbius), shame Universal aren't doing the same with Hulk. Seriously, Universal, where is our She-Hulk? I want a lawyer film with a big green woman at the helm.

I would've preferred if they introduced Miles Morales for this new generation of viewers instead of fucking up Peter Parker and the people around him. It's actually weird they haven't taken the opportunity of casting Miles as the New Spider-Man I'm pretty sure the mainstream audience and fans are ready for a Black Hispanic Spider-Man since he is a cool character after all.

But that's why I didn't include Into Spider-Verse because it's not mainstream and it hasnt gotten it's own series of movies yet.

It made $190 million domestic and $375 million worldwide on a $90 million budget. And a sequel is already in the works.

As someone who only knows the character from the movie and nothing more... no.

I'm not trying to convince you of anything. I love that movie and all of its vibrant supporting cast, and my favorite character in it is Miles, hands down. That's my opinion and I'm sure many other people's too. You don't share it, that's fine, but don't blame the movie for something it's not at fault for. 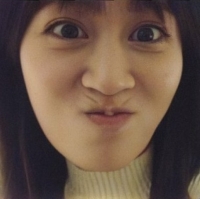 Aunt May in Raimi trilogy is a voice of reason and provide moral support to Peter. MCU Aunt May is just sex object and often used as joke for Happy and Tony.

You need a more mature Super Hero (movie). Dressing up in colorful spandex is so 1930s.

We need a Spider man that doesn't change face every other movie. Same with all the other Super Heroes. It used to be that a super hero had a face (Like Superman with Christopher Reeve) Now they face-shift every other movie or so and it takes me out of the story.

And don't get too attached to Henry Cavill cause how long till he is also replaced?

Disney/Marvel can do a mature film in Moon Knight but it's Disney so I don't think they ever will. His character is generally darker and deals with DID. But he was established in the late 70s/80s era where comics in general dealt with far darker and less wholesome issues. It doesn't fit with family friendly Disney really.

Already watched Spiderverse and I think it's fantastic and i loved adult Peter, still want a more mature Spider-Man live action movie though.