Forums - Nintendo Discussion - Is Marvel Ultimate Aliance 3 the most "Un-Nintendo" thing Nintendo has produced yet?

Honestly did not realise it was Nintendo exclusive, just thought it was another UA game (you know as Marvel/Disney would be limiting profits by releasing on 1 console). Eitherway it's good it's getting made and welcome although do not feel it will match the style/memory of X-men Legends.

EDIT: Holy Crap, Elsa Bloodstone is in it? Here's hoping for Machine Man next.

Some would say gaming in general is directed at "man children" if not kids, so not quite sure how that makes it a "Nintendo thing".  😏

I love XML and I hope you are right!

Eternal Darkness: Sanity's Requiem probably. I haven't played it, but it is published by Nintendo and rated M.

I was surprised when UA3 was announced as as Switch exclusive published by Nintendo.

Its not first party, but a licensed third party. Super Mario is first party, and so is Pokemon and Metroid. Nintendo doesn't own the IP. I do agree that its a great addition to the Switch Library.

Pretty sure this thing, holds that title. 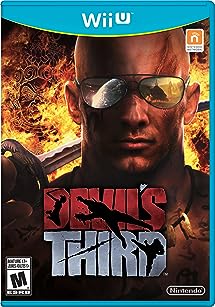 Devil's Third for Switch would be my dream!

Wouldn't that belong to 1080 Snowboarding? I didn't even know that was a Nintendo game until around 2010.

Edit: or Devil's Third, I guess.