Every game out there has tons of cut content, Super Mario Galaxy 2 was no different. It came out because Nintendo wanted the direct sequel to their most successful 3D Mario game.

Super Mario 64 was meant to get a sequel but didn't because of a failed disk drive.

Super Mario Sunshine was the second least successful 3D Mario on a console that wasn't that successful. 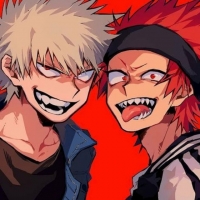 The game is called Odyssey, not "Mariage celebrations" lol.

Wasn't there something with Isla Delfino? Maybe we see a Sunshine/Odyssey combination / spin off.

I almost thought it was more likely we will see a sequel based on the fact that they have done nothing to add extra planets or story, other than the online mode.

If Super Mario 3D World is a sequel to 3D Land, so should be Super Mario World to the 3 Super Mario Land games released on Game Boy. But it is not. Nintendo uses "Land" for its portable Super Mario games" and "World" for its home console versions.

For SM64, "Was meant to get a sequel" doesn't make a sequel real.

And for Yoshi's Island, it's a Yoshi game, not a Mario Game, it has "Super Mario" in its title to rely on a popular franchise, so was Wario Land with its "Super Mario Land 3" in it.

Considering they are reusing the BotW engine to make a sequel, it's not out of the question for them to do the same with Mario. Odyssey outsold BotW, after all, so there's a bigger incentive there to make a new one instead of just DLC.

Honestly, all these points come off as really disingenuous. Though, to be fair, when we talk about series like Mario, it gets a little more complicated, because people tend to categorize into lineage, genres, series, and literal sequels. For the sake of argument I'm going to try to stick to "series and sequels", though even the series part is up for debate.

The point about titles almost works ... but it's just too devoid of substance. Super Mario World isn't a sequel to the 3 Super Mario Land games (or 2 if you don't include the 3rd one, I personally don't care) for many reasons. One of the most obvious being that it released after the first Super Mario Land game, but before the other two, so the console series and the handheld series were releasing simultaneously. Beyond that, Super Mario Land is an entire series, with three games to differentiate it, and it was marketed as such. And, at the time, Mario was mostly known for being a 2D platforming icon, so the fact that those games share very basic gameplay similarities wouldn't make Land 2 or Land 3 sequels to World. They were basically marketed as quirky handheld titles that were companions to their console counterparts.

Super Mario 3D Land and Super Mario 3D World, on the other hand, feature much more specific similarities and gameplay aspects that aren't seen anywhere else. There are multiple series within the Mario franchise that base themselves upon 2D gameplay (Classic Mario, Mario Land, New Super Mario, etc), but there are only two games which are quite like 3D Land and 3D World. Sure, they are marketed somewhat similarly, and they share a clever naming scheme, but they have much more specific similarities - compared to Land and the Classic series, which share superficial ones. It is fair to say that 3D Land and 3D World are their own "series", with 3D World serving as the sequel to 3D Land.

Now to be fair, this chart is based upon the "lineage" of the 3D Mario games, which is why it shows the other 3D games as well. But, it atleast establishes an official connection. And, within that connection, 3D Land and 3D World are the only ones which play similarly. It is also worth mentioning that while Nintendo like naming home and handheld console entries differently, nobody really goes out of their way to say that the handheld and home console versions of New Super Mario Brothers are different series. Because, logically, they're all part of the same series, even if they share different naming schemes, with the handheld variants being linear in name ("New Super Mario Bros, New Super Mario Bros 2") and the home console ones taking up a console subtitle approach.

I feel like you completely missed the point about Super Mario World 2. It doesn't matter whether or not you see it as a SMW sequel personally, or whether you see it as the beginning of the Yoshi series, or both. What matters is that Super Mario World legitimately did get an official sequel. Now, I did some of my own research into the topic and I found out that the original Japanese title of Yoshi's Island simply was "Super Mario: Yoshi's Island", whereas internationally it was made to "Super Mario World 2: Yoshi's Island". But, i'm not sure why you didn't bring up this point, as it is much more damning than simply saying they tried to cash in on the Super Mario tie-in without explaining anything in a substantive way.

As for Super Mario 64, I'm not sure why it isn't relevant that the game was supposed to have a sequel. I mean, take a step back and look at all the games you listed, and you'll notice a problem - all of them either don't have a sequel because of a failure, or because of a logical conclusion we can draw.

The Nintendo 64 Disk Drive completely failed and development of Super Mario 64 2 ended with it.

The Gamecube wasn't very successful and Super Mario Sunshine was one of the worst selling mainline Mario games, so no sequel was made.

Super Mario 3D World was a sequel, and even if you don't consider it one it was an "idea" that already had two entries, but even then it was one of the worst selling mainline Mario games.

And finally, when left unexplained, Super Mario World not getting a sequel is a totally disingenuous point, because it doesn't take into account that "mainline" Mario games were shifting from 2D to 3D. In other words, if 3D game development never caught on, we probably would have a sequel to the effect of Super Mario World 2/Super Mario Bros. 5/whatever. It was a technological change, as well as the fact that Nintendo were busy developing a wide variety of platformers, that lead to that conclusion. Even then ... the New Super Mario Brothers series is in itself a series dedicated to continuing what the classic series offered, so it's not like Nintendo abandoned that cluster of ideas.

Last edited by AngryLittleAlchemist - on 16 June 2019