Fair enough, the game's mini-bosses do make the stretch to the first real boss kind of long in comparison to other first bosses in Souls games. Though, "best Ninja game" is kind of a weird description, since those kind of titles can play vastly differently from each other and they aren't really genres

I also don't think it would be hard to be one of the best Ninja games ever, it's not an especially profound title.

Also, Dark Souls' 2nd half is known to be not as good as the first half, and Dark Souls 2 took months till it became a rather contentious title (before that everybody loved it), so I just think From Software has a track record where judging the title early on in a playthrough to the extent of calling it a game of the year contender and THE BEST at anything - isn't the wisest thing to do. That's just me being weary and skeptical though, obviously you can do what ye want. Obviously though just saying it's great or good or bad makes sense, judging in general is only natural.

But I'm glad you're enjoying it. I've played a few hours and it's definitely somewhat fun. Not really as much of a departure as people are describing, but it's fun at least.

What are these bosses minus the Bull you're having trouble with?

And I finally beat that dang arm cutting samurai, used two straight hours of my time, made a video of it as a souvenir heh, might be useful for some having trouble with him.

Lol, the first real boss for beginners of the soulseries might be ego. :p

Haven't encountered this optional boss yet, is it near the area with a warning sign?

And for Lady Butterfly, after 8 tries, I found the fight to be pretty straight forward in the first round, just build up her posture by deflecting and dodge stepping her unblockable move when she jumps, then the second is quite tricky because of the illusions and flaming butterflies, the illusions parts is quite easy, you can just run around the area until she Thanos snaps them but don't stop yet as they turn into a lot of flaming butterflies but they are easy to evade, then comes the deflecting and posture build up same as the first round though this time she summons 2-4 butterflies so just dodge step them then keep watching her moves, they're still the same as the first round, oh and shurikens are quite helpful when she jumps.

Edit: I just stumbled upon this guy, I'm guessing this is what you were talking about? I'm scared to jump down lol, I'll do this tomorrow. 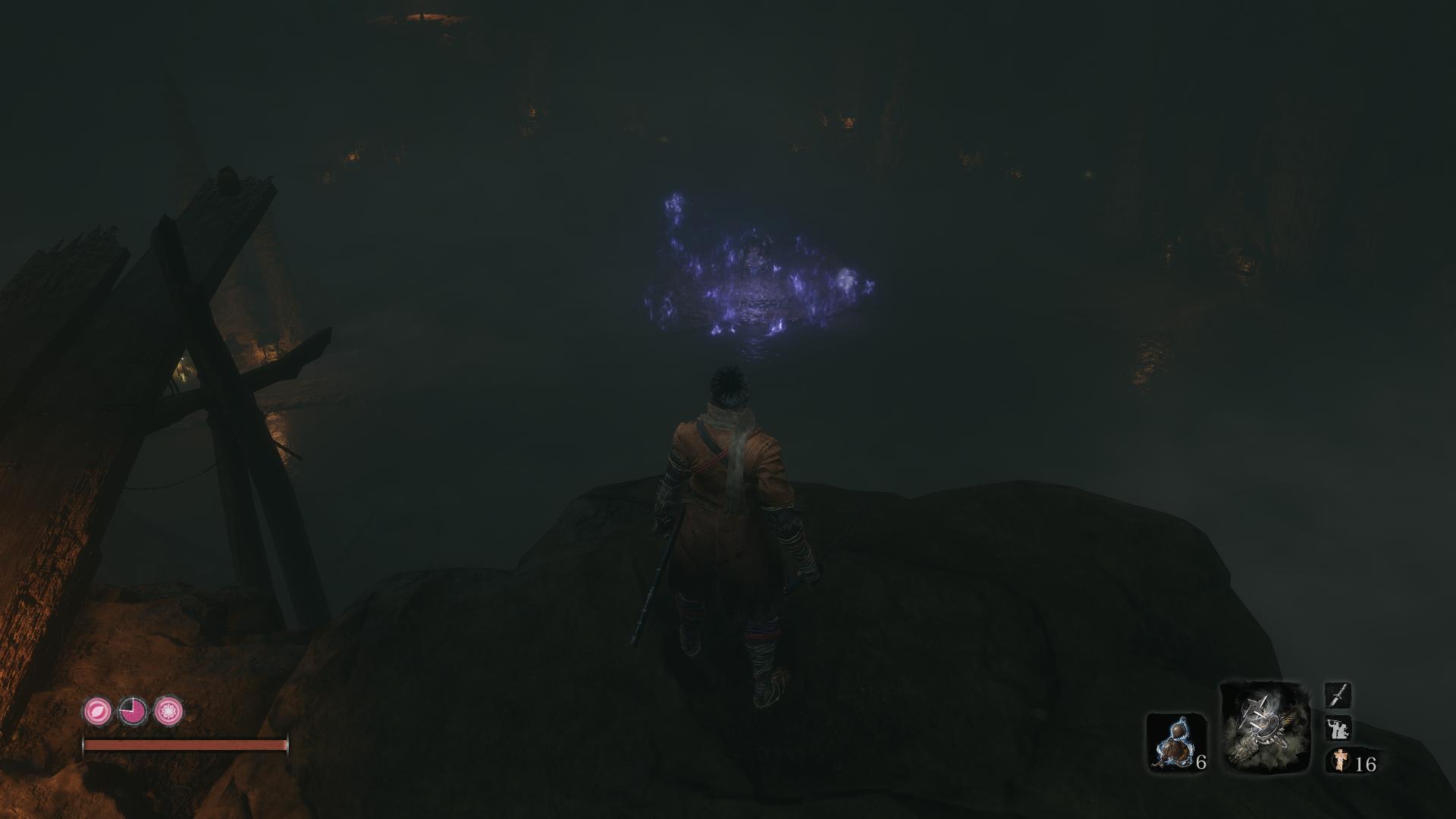 I'm struggling with this game - probably doesn't help that I've never played dark souls. I've done the prologue and that's it, I just cant figure out the combat. Dodge doesn't seem to work and I can't find a way past the first mini boss. Plus the game punishes you for dying.

I'm in a vaguely similar situation with Sekiro. I'm getting frustrated...but not at the game. I'm aware I'm just not picking up some elements or not using the right skills or am just not skilled enough just yet.

I'm sure I'll get over it - I did with Bloodborne and Dark Souls - but I'm not there yet.

Nah it's okay. I just thought your original comment about being at the first boss and it being THE BEST Ninja game was funny. It's not a competition and besides, I'm not sure you can even validate an opinion "as real" on the internet, lol. Honestly though, this game was always a "GOTY" contender from the perspective of critics and the wider audience.

"I'm early but I've not been wrong about games I've hyped this early in quite a few years. "

Well, I actually remember you complaining about God of War quite a bit when it came out, and I think I said something like "so you were wrong when you called it GOTG before release?" and then you got a lil defensive and kept saying how wrong you weren't and how amazing it was. So yeah, this is giving me nostalgic flashbacks

Not trying to start shit lol, just thinking of how funny that was. In other words, I won't take that bet, bwahaha. Never underestimate people's love for a game!!

It's definitely fun so far. I'll probably put it down for now though, to be honest, have a lot of other stuff to get to like Nier Automata, which I started last night. I've always wanted to get into Ninja Gaiden Black though! If that ever gets ported to PC or PS4 first thing I'll do is compare Sekiro and especially Nioh too it!

Anyways, good luck on the rest of the playthrough. Don't die too much, you'll lose experience!

Last edited by AngryLittleAlchemist - on 24 March 2019

Atm, I'm really on a knife-edge tbh. I keep going back to the undying guy to train, but problem is he doesn't fight like the General guy I'm stuck on so he isn't good practice. Everything that works on him fails elsewhere. The preview before I picked the game up said there all subtle difference between attacks that tell me what to do. Problem is they are either so subtle you can't actually notice them or if you can it's too late to do anything and you get hit. It's frustrating but it's starting to feel like he can't be beaten at this at this point in the game (although I know that isn't true but I can't understand how it can be done). My only option seems to be to be to bypass him entirely but I'm being stubborn and would rather take him down.