Forums - Gaming Discussion - Are You Looking Forward to E3 This Year?

Are You Looking Forward to E3 This Year?

Sony isn't attending so that damping my excitement for E3 quite a lot. Also most games for this gen have been announced so I'm not particularly excited or expecting much. Still it will be Interesting to see what most publishers have and what will be announced for this gen

I wonder if we are gonna see the avengers project, or the avatar game by massive. But I doubt it.

I'm looking forward to see if microsoft is really going to release all the xbox one games on pc. I'm going to double dip on so many games i already own just to get cross platform play, if that's the case.

Sony wont be there, so..

Nintendo is just... idk. I got my switch in december 2017, and it was my first ever nintendo console. I like the hardware. But, I still haven't played any of the games for much longer than 20 minutes except let's go pikachu.. which is the only game I'm actively playing on my switch.

I'm going to say yes to Avengers and no to Avatar. The Avengers game has been in development for awhile now, I would expect it to release before E3 2020 making E3 2019 the most logical place to announce it. The Avatar game will likely release Holiday 2020 alongside Avatar 2 though for the combined marketing push and so it can take advantage of next-gen hardware (which will be necessary to pull off graphics comparable to even the 2008 movie) , so it won't be announced until Ubi's E3 2020 conference, E3 2019 will be all about Watch Dogs 3 and Splinter Cell for Ubi. 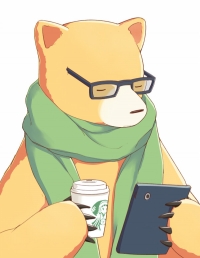 My excitement purely stems from Nintendo's e3 presentation. I think their directs focus on the imminent future, so with e3 we will see more of their fall line up. The last direct was mainly centered around spring/summer (with the exception of DQ11 and the Link's Awakening) and I predict we will see Luigi's mansion 3 and animal crossing at e3. Of course I expect more on pokemon, but Nintendo is always full of surprises which is what makes their directs so fun. There will definitely be some unexpected announcements there.

Even without Sony's presence, I'm looking forward to E3. On MS's end, we should be getting more news regarding Halo Infinite and Gears 5, and I'm hoping we at least get some kind of tease for the next-gen Xbox. Maybe a sizzle reel showing off some in-progress footage for some expected launch window titles. If the Xbox 4 is due out in Nov. 2020 and Sony will be absent from this E3, this would be MS's opportunity to knock it out of the park this year. I also hope they show off some new IPs, preferably single-player stuff.

Nintendo ought to have quite a lot in store at E3 as well. More details on Pokemon Sword & Shield and other games for the second half of the year are almost certain, and maybe we'll get some teasers or trailers for some 2020 titles as well. I'm hoping that we'll see the first teaser for Metroid Prime 4, and hopefully also an announcement for a Metroid Prime Trilogy HD.

I'm also looking forward to Bethesda's conference. Of all the major third-party studios, they seem to have the most interesting lineup of upcoming games.

I look forward to e3 every year but without Sony presenting this year, my hype has died down a little. It should still be interesting though. There will definitely be a few titles there I am looking forward to seeing. :)

Nope, not at all. With no Sony what's even the point?

meh. I couldn't care less about them.

Xbox is going to show many multiplat games, and even more this year without Sony being there. It wouldn’t hurt to watch