For the past couple months, P&G, the company that owns Gillette, has been hanging around the same area, with ups and downs.  It went to 96.64 a share in mid-Dec and is at 93.6, now.  But, stocks a company does not make.  It needs customers.  And if Gillette reveals that sales are even just 5%-10% lower in their Jan-Mar quarter, those stocks are going to drop along with them.

Sorry, but if you think the Right is just as much a part of it now then, say, the 70s and 80s, then you are dead wrong.  The Right aren't the ones interrupting when Leftist speakers come to colleges, some even rioting, to get their speeches/visits cancelled.  The Right aren't the ones who want the "sexualization of women" in video games to stop.  Or throw out the blanket terms of racism/misogyny/sexism to shut down critics or political opponents.  Saying opposition triggers them, so it must be shut down.  A lot of the Right have actually moved to being more Libertarian in the past decade or so.  They just want to be left alone and not be forced to accept or take part in the insanity that has been taking place.

When it comes to games made for a more general audience I can honestly understand censorship but more often than not it seems like the games that get censored is Japanese stuff that's made for a very specific crowd. It's like when Nintendo was big into censorship a few years back, I'm buying a game about Japanese pop stars turning into fire emblem characters and fighting demons anyone that can say that sentence without going wtf isn't going to be offended by anime titties

Hispanic ghost Rider is pretty dope. Come on dude it's a flaming charger how is that not cool.

Totally agree with him. The current situation with PS in this regard is completely f***ed.

The car is a great idea. Its the guy behind it and the art direction of the comic overall that is bad. I mean, just look at this dopey looking mask... 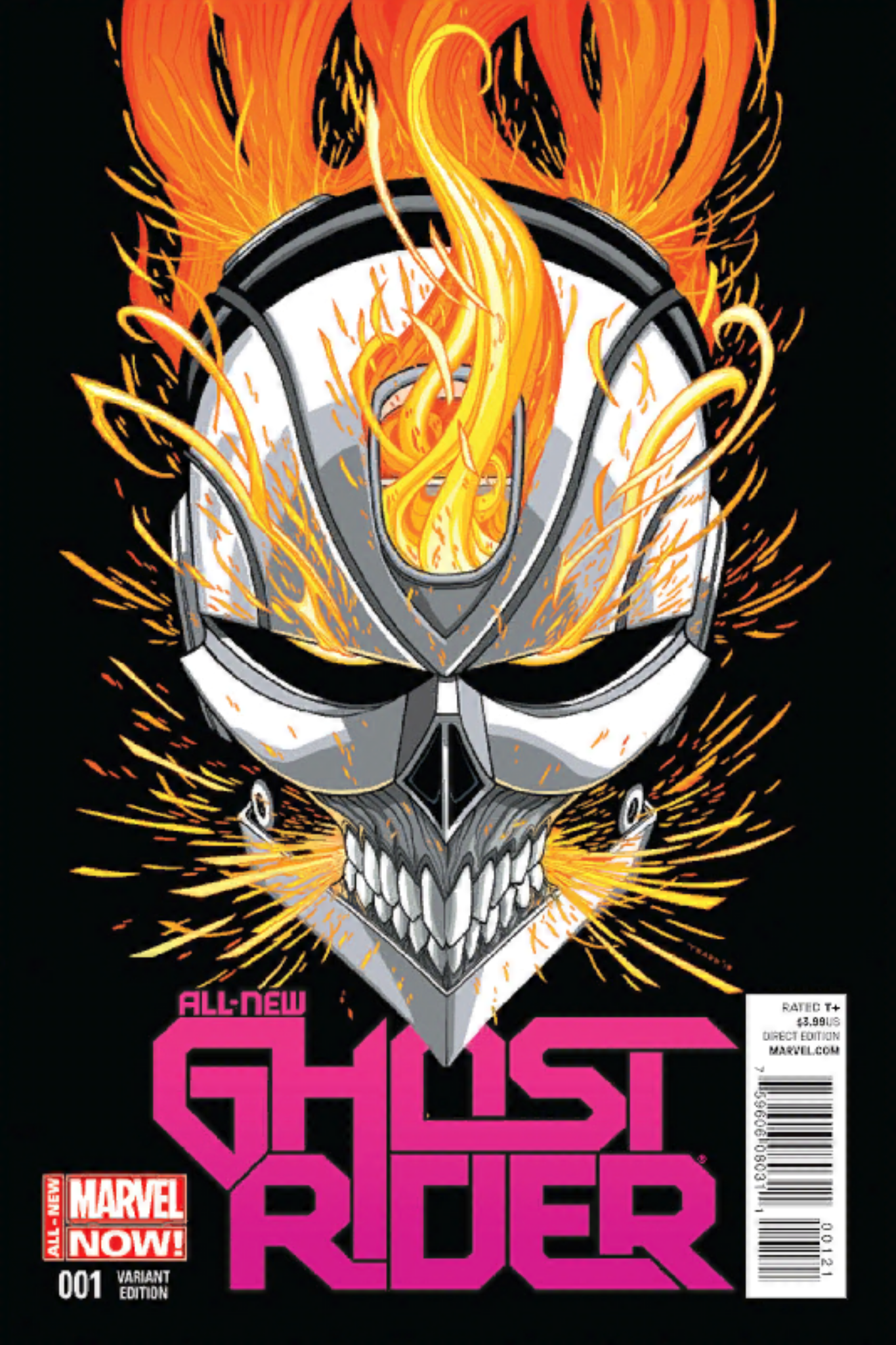 The whole design of the costume is just ugly. It looks like something that belongs in a cheap, budget animated TV show, not a comic book.

I didn't know Sony moved their headquarters from Japan to California.

Coincidently ,I watched some car customising show and it was about the custom Firefall bus that Kern ordered made to tour the expo's and promote the Firefall game . and later found out he was fired and there seems to be a lot of negativity surrounding the man. He seems to be one of those people who love to promote themselves through social media.

I'd like to hear what he's referring to specifically...

"The left are not the ones who want to remove people of color or women from leading roles."
That's the equivalent of that comment in bold. What they both have in common is that neither one of those things are commonly expressed by our members here, and whoever you ask will always have a different reason for why they have a problem with these things.
But what I want to point out is that self proclaimed right wingers appear to be much louder about it than the group they are complaining about.

Let's take this very site for example.
How many topics have we had where people complain about the sexualization of women in a particular game, demanding that developers censor their costumes, and things of that nature? I can't recall a single one off the top of my head.

On the other hand we constantly have a never ending flow of topics like this, which without fail constantly uses it as an opportunity to complain about 'the left'.
We have a ton of left leaning members here, but I don't see a flow of topics demanding the removal of sexualization of women in games. Why is that?

Meanwhile we've had multiple topics like this complaining about "Women soldiers in Battlefield V", multiple topics like this about all the recent Star Wars films. And topics/discussions that either started out as, or turned into, the same complaints about Wolfenstein, Far Cry V, DOA6, The Last of Us, Fire Emblem, Xenoblade, Ghostbusters, Gilette, etc, etc.
Or any time anyone got fired for making a racist remark. Including James Gunn, where it was the usual suspects who kept harping on that one. One even implied that I would have a double standard for James Gunn, as a counterpoint to something completely unrelated, when I actually said in that topic "You can't make comments like that and expect to work for Disney." That person didn't respond after I pointed that out, but it's an example of how this always comes up. A lot.

These topics and discussions constantly arise from self proclaimed right wingers on this site to complain about 'the left', and each time a game or a movie does poorly, they always attribute it to 'the left' and these specific SJW's agenda.

The problem is, I don't see the people who ask Nintendo to put leggings on Mythra in Smash. I don't see the topics asking Naughty Dog to make one of their main characters gay.
And if they exist, at least they're not constantly cluttering up my feed whining about in my face.
But I see you guys.
You're constantly making noise about the same complaint over and over and over about an invisible enemy being annoying, and presumptions turning into facts about what the thought process was behind these decisions.

As a result, you're insulting or annoying your fellow members here, many of whom are on your side on this matter, by constantly bringing this up while always generalizing this as a 'leftist' thing instead of an asshole thing. Right wingers can be the exact same way, when it's an issue they care about. But of course if you ask either side, they'll generally give you an different reason for why they are upset.

Sorry Hiku, but as someone that votes Democrat SJW's are a real problem. They are basically the Glen Beck, and Alex Jones of the Democratic Party. Except there are a whole lot more Alex Jones' and Glenn Becks on the right. In fact the right is almost entirely made up of people like Alex Jones and Glenn Beck. On the left SJWs probably only make up 10 to 30%.