I remember reading back in 1900 you need to work only two or three years on a minimum wage to afford buying a house on London or Birmingham. Try to do the same now: the cost of living has increased so much it basically has wiped out most real gains in earnings for decades or even longer, for the average fellow. It's not people's faults they own smartphones instead of having their own properties, since the latter is so far beyond their expectations now they won't save money for it and will buy other stuff instead.

Besides, I wouldn't necessarily call owning computers and phones and TVs having a "much better lifestyle" than before. Would you choose to live with all your gadgets and abdicate running water and heating? I bet you would agree, then, that two simple urban innovations of the 19th century, which were granted back then when you bought a house, are much more important instead. So, the way people are able to afford not the essentials but only the superflous is indeed a very significant issue.

I haven't paid for health insurance except for 6 months because I wanted to do some exams. I'm 33. It is utter bad use of money to put half your income on healthy insurance at the age of 21.

You know why the right wants to "gut them", because it is much better to keep your taxes to you than pay the government to maybe provide you the service.

And guess the simple solution of not moving out of your house until you can pay for your rent? People to often make debts without planning and not being able to pay.

I'll say again in case you haven't seem. I don't deny there are very poor people living in a bad condition, but this "study" have 40% of the USA population accounted in, so yes a very big chuncky of that is due to bad financial plan, not due to money not being enough.

I welcome you to come and live in Brazil with your American way of consumption, financial planning, and debt living...

Here our interest on your bank account being negative is 15% per month.

The interest rate on your father in law's house was also probably...around 10.5%.

Electronics being cheaper...its almost like you are saying buying power has...increased? Isn't that exactly what I'm saying. In today's day and age, even the poor can afford a much more lavish lifestyle than they ever used to be able to.

And yes, lets not go down the road of student loans, because those are often a choice people make (none of the union workers we bring through our system have any student loans and they are averaging approximately $80-$100k/year in compensation after 5 years, and we are massively short of labor).

Approximately 2012-2014. It really hasn't adjusted at all lately. If anything it has gotten cheaper because attendance to the college is much lower the last couple of years and they are desperate to fill the housing near campus lately.

It's practically required here.  This is why I keep saying you can't look through a Brazilian lens.  I'm not saying your can't comment, in fact, I welcome it, but we can't go without insurance here. 1, it's almost illegal to not have it now. 2, good luck paying for any services short of a doctor check up out of pocket.  Not fun paying $1000 or more per month for many medications that probably cost you less than $100.  Need an X-ray?  Those can cost over $1000 too.  Even a damn snake bite can cost you over $150,000 here.

The United States is the only industrialized nation where people have to declare bankruptcy because of medical bills.

That must be in the more rural areas of the US for rates like that.  I live in a city with a housing CPI right around the national average and 4 bedrooms near any of our universities cannot be found for less than $1,900.  I'm looking on Zillow now.

1) Almost illegal doesn't make it really illegal, and as said before, on the cases of people without revenue the government "give" it.

2) When you don't have to pay 450 USD per month in healthy insurance, paying 1000 for X-Ray won't be a problem... Haven't needed to go to a doctor in the last 20 years... so per your math I would have saved 108k which already half a house payment.

Houses being refinanced 20 years after they started paying won't really go much lower the total paid.

My "Brazilian lens" come in hand to show when you put your 40% lower income to make a case of poor poor american and how much they suffer it is a joke compared to any place people are really poor and without much opportunity.

This is just major bullshit and is just people trying to point their fingers at a government run system to find a scapegoat. It can never be "their" fault, it's gotta be everyone else's fault.

I was never taught how to do my Taxes or how to put together a monthly budget. I had to figure that out for myself. But truly the task of budgeting and paying taxes is something that should lie upon the parents and not a government run agency. Yeah, my parents were never taught this and so could never teach it to me but they should have. I know that I will make sure that I teach my son how to do his taxes and how to budget.

Buck up Sally, take some initiative, and quit being a crybaby!

Edit - This is in response mostly to posts on the first few pages I read before posting this.

Sincerely would be much better to teach basic economy on school than gender identity or "intelligent design".

I started doing my taxes at 12 when I got my first job.  Very easy to do when you only have one source of income.

I think we should return to feudal manorialism. 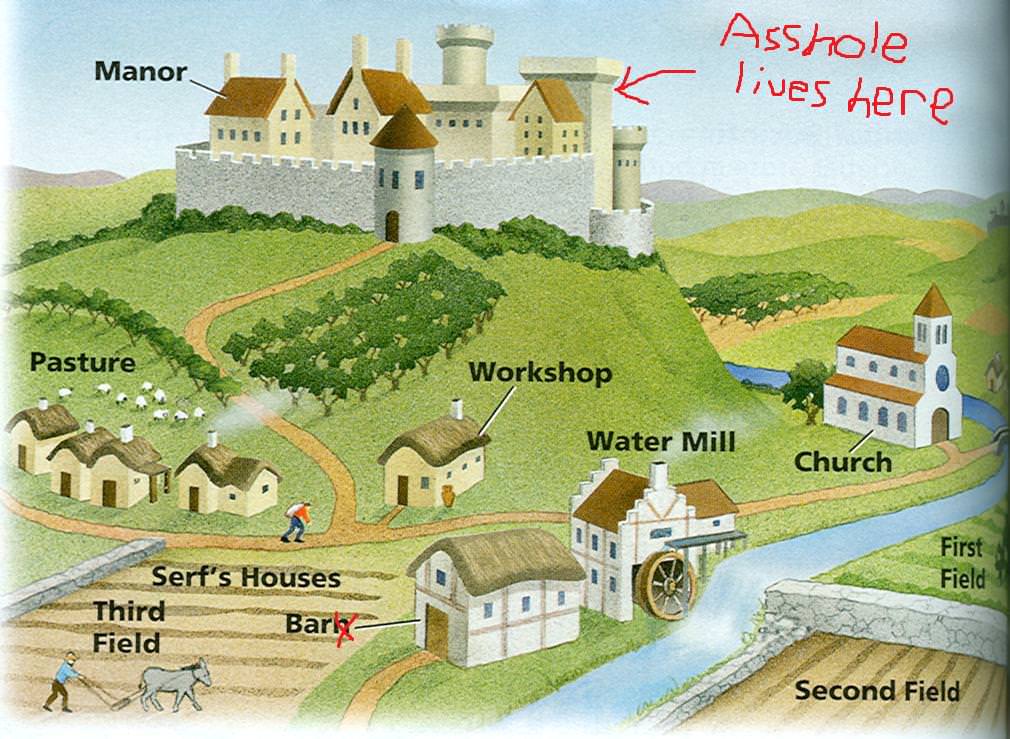