Wasn't Crysis 1 the game where they had to cut an entire segment of the game just to make it playable on consoles?

I mean a big reason why Crysis 2 and 3 didn't sell well is because they didn't rekindle the same innovative magic as Crysis 1, and in fact in some ways were worse graphically (more so 2 than 3)

I definitely don't think going multiplat wasn't the only thing that did them in, but there's different ways to operate a company and focusing on PC exclusively could have been successful.

A scene is missing on the consoles because the engine demanding and probably crapped out. But even on a modern PC Crysis doesn't run great, so clearly there is a problem with the engine.

Crysis 2 and 3 could have been built from the ground up for PC. From there they could have designed a version that worked better on consoles, like they did with Crysis 1. I argue they didn't do that because they felt there was more appeal for story driven linear campaigns.

Like it or not, Crytek was the problem. Not 7th gen consoles.

The engine is fine, it was simply very forward thinking and PC centric. - There is some extremely bandwidth heavy effects being employed, which actually stand up well today even a decade later.
Plus on the CPU front, Crytek didn't thread the engine very heavily as the original CPU projections were going to be for extremely high frequencies, rather than large core counts.
Obviously they were wrong, but it is what it is.

The effects CryEngine 2 (Crysis 1) was employing was simply inconceivable on consoles at the time... So they ended up cutting allot of that fat when they dropped Crysis 1 on their 7th-gen console optimized engine, CryEngine 3.
The game was poorer for it, allot of geometry was cut back, textures were muddy, game ran at a low resolution and framerate, allot foliage was removed... List goes on... There is a reason why Crytek didn't re-release Crysis 1 on CryEngine 3 on PC.

This is all fairly well documented anyway... And I have lost count of the amount of debates I have seen about this from my time as a mod on the Crysis forums.

Really? Thats pretty harsh. I nevee much liked their games but Regardless i would still prefer they survive.

Fingers crossed they do well.

They "could" have, but they weren't, and as a result, it pushed back that original crowd, in order to try luring a different crowd on another platform. Having to tone back the visuals and particles for the other two games to fit on consoles wasn't a Crytek issue, it was a console based one. The very notion that those two systems were absolute powerhouse systems is just beyond silly.

Games with "more advanced AI"?. Nah I don't see advanced AI these days, not anywhere near the level where they are able to think for themselves and come up with their own non programmed strategies.

I know the game you play Pug, it doesn't work on me, and this back and forth can go on for centuries for all I care, the bottom line is that they hindered the franchise by trying to force fit it onto last gen systems.

"Six days have passed, on the seventh, I will render myself to a day of rest and to contemplate...what is to be"

If Crysis ever got a remaster, they would obviously make a lot of tweaks to make it perform better on modern computer much like Dark Souls. But they would likely just port it to their current engine. Far Cry 3 and Sleeping Dogs look significantly better on PC even though there are console ports. So I don't buy the argument supporting consoles cripples PC potential.

We've only seen Crysis 1 on CryEngine 3 via 7th gen consoles. It not really a reflection of that could have possibly looked on PC. Also, EA owns Crysis. Crytek only does what EA allows with Crysis.

They should go platiums route.... if they have the talent for it. Or even bluepoints route.

Make games for people or make remakes of older games using their engine as the base of all their games. They can always license the engine out, hell even gurilla is giving out their engine.

If crytek has a problem i think its that they are being too inflexible. I mean if epic games can still make games like fortnite, and previously gears of war then I see no reason why crytek can't do the same. If they just flat out lack the creative chops to build whole new Ips, then they should just go bluepoints route and make remakes of older games and feed on the nostalgia.

If crtek made a remake of say vagrant story I would pay $100 for it. 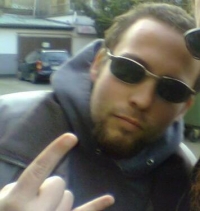 crytek should not have cancelled that "redemption" game in my opinion. it looks like it could have been a good alternative to a game like "the last of us".
a good 3rd person survival action adventure.


Let me explain something to you. Um, I am not "Mr. Lebowski". You're Mr. Lebowski. I'm the Dude. So that's what you call me. You know, that or, uh, His Dudeness, or uh, Duder, or El Duderino if you're not into the whole brevity thing.

Well. The PC has almost infinite amounts of memory from a development standpoint in comparison to consoles, that does have an effect on a games world, the PC simply has the baseline to have larger, more impressive worlds.
CPU's being orders-of-magnitude faster also has a stupidly big effect on simulation quality, A.I and so on, but we don't see any of this.

And that is before we touch on the topic of visuals.

Fact is, the consoles keep the visual/simulation quality baseline low, because developers need to build games with those platforms in mind.

Back when games were made for PC first, games were bloody impressive. Morrowind, Crysis, FarCry, Doom, Half Life, Quake, Unreal Tournament... Are all such examples.
Today if the developer doesn't put the effort in, then the PC version is really no different from the console release, complete with 30fps caps/720P limits... And that is some real bullshittery there.
Which ultimately is the crux of the issue in my eyes. PC gamers expect more.

Crysis 1 as in the original PC release was simply impossible for the 7th gen consoles to handle.
That statement has never changed.

CryEngine 3 is far more console memory-optimized, it relies far more heavily on streaming assets to make better use of limited memory pools, this means "cells" are smaller and assets will generally be simpler/lower quality and popin more prevalent.

And despite all that, the framerate, resolution, shadowing, texturing, lighting, foliage detail and density... Were all left much to be desired anyway.

In my opinion... Crytek should go back to it's roots and start doing what they were renowned for, being a PC-centric Developer. Shit. It worked for Blizzard.