I agree, while yes they don't push the system (most games that push systems release late in the life cycle), they don't look like previous iterations on previous consoles either. While Gen 3 Didn't look like Gen 2, Gen 8 (technically speaking, not chronologically) so far looks like Gen 7. I've seen these graphics for 4 games in a row, I just want a bit more effort put into em, that's all.

And I agree to your point, indies are making better looking games than this, people on extremely low budgets. It's because it isn't hard to get a good render out of a game anymore. I hope Gamefreak has taken this into account.

I think we have to consider this with the scenario that Game Freak is dealing with. First time developing a game in HD in, supposedly, a short time span (1-2 years, probably less than 2 years). I’m no game designer or engineer but that’s a pretty good amount of pressure to have.

I’m not excusing anyone from Game Freak. Heck, we haven’t even seen the game in action and I’m not really gonna take a blurry screenshot and make assumptions out of it. I’m just taking things into consideration.

Thanks! I got to pick that one up one of these days.

Yes, I have taken that into consideration. But Nintendo was also new to HD game development and pushed out Mario 3D World and Mario kart 8 eventually. Though yes, their first HD Mario game looked like NSMB Wii, Nintendo Land did not.

You're not wrong, it's a lot of pressure, but one would think Gamefreak would have R&D working on HD demos during the Wii U era, if not that's kind of foolhardy and gives off a procrastinator mentality. This is why you have a R&D department, so you don't fall behind the times. The screenshot, no matter how blurry it is, it still looks like a 3DS game. A similarly blurry screenshot of Breath of the Wild would not throw me for a loop as a 3DS title.

I think it's fair to judge this screenshot because personally I've had to analyze other 3D artist's work for 6+ years. And I got bodied when I couldn't critique and analyze it well, after all that time, I can say that I find my analysis to be a fair one. The only thing seeing it in action would do is show us how smooth the animations are in this case. Getting a better resolution out of it still wouldn't speak to me. But if I'm wrong and this turns out to be the most beautiful thing ever, or better than I thought (based off the screenshot) I'll eat crow and say I was wrong in a second. But If this is final work, I don't think I will have to do that.

this is a screenshot from a hd emulation of sun/moon, the screenshot for the new game seems to have worse geometry than a 3ds game. I've gotta feeling that screenshot is fake.

Man, I'll be pissed if the pokemon title is just nostalgia fest made for genwunners and pokemon go players.....

At this point all my hype for pokemon is deflated.... 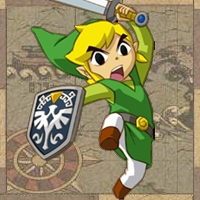 Despite the abysmal name and worrying emphasis on Pokemon Go, I am mildly optimistic about this. I've always wanted a sequel to Gen 1 (20+ years down the line), with a reimagined Kanto/Johto, new Pokemon etc. However if this turned out to be another remake of the originals, with a heavy link to Pokemon Go, I'd be much less optimistic.