I'm not sure you understand where I'm coming from. Off screen footage doesn't even matter when analyzing what techniques are being used in the rendering engine. From what I can see, this is just a 3DS game. I've seen other off screen footage of games like Zelda Breath of the Wild, and could tell they were using a PBR engine. My eye is trained to analyze these kinds of things because I've been studying them for years. I'm making assumptions but they're damn good assumptions seeing that there are aspects of a PBR engine that are unmistakable even from far away. You have your dynamic lighting of course which take my word for it, this screen does NOT have, and then you have your meat and potatoes of PBR, which is Albedo (or Color), Metalness, Roughness, Normals, etc. That's why a game like Mario Odyssey looks the way it does. Of course it's their amazing and skilled art department, and then it's the standards of HD game development that also help make modern day games look the way they do.

I would hope Gamefreak's modeling art department is better than me, but base off of this image, I would say at least in the modeling department...they aren't. This does not show off how you do or create HD games on a device like Switch. Those rocks are at best, a hexagonal or octogonal primitive that's been cut in half, unwrapped and textured, nothing more and would take me at most 30 minutes to replicate. This is not the quality I would expect from them, especially with tools like Unreal Engine 4 are their fingertips.

But yes, I agree that the series has an art style to maintain. But you're mixing art style with modern standards. I don't care about the art style, that's great. But Wind Waker HD on Wii U at least looked like this: 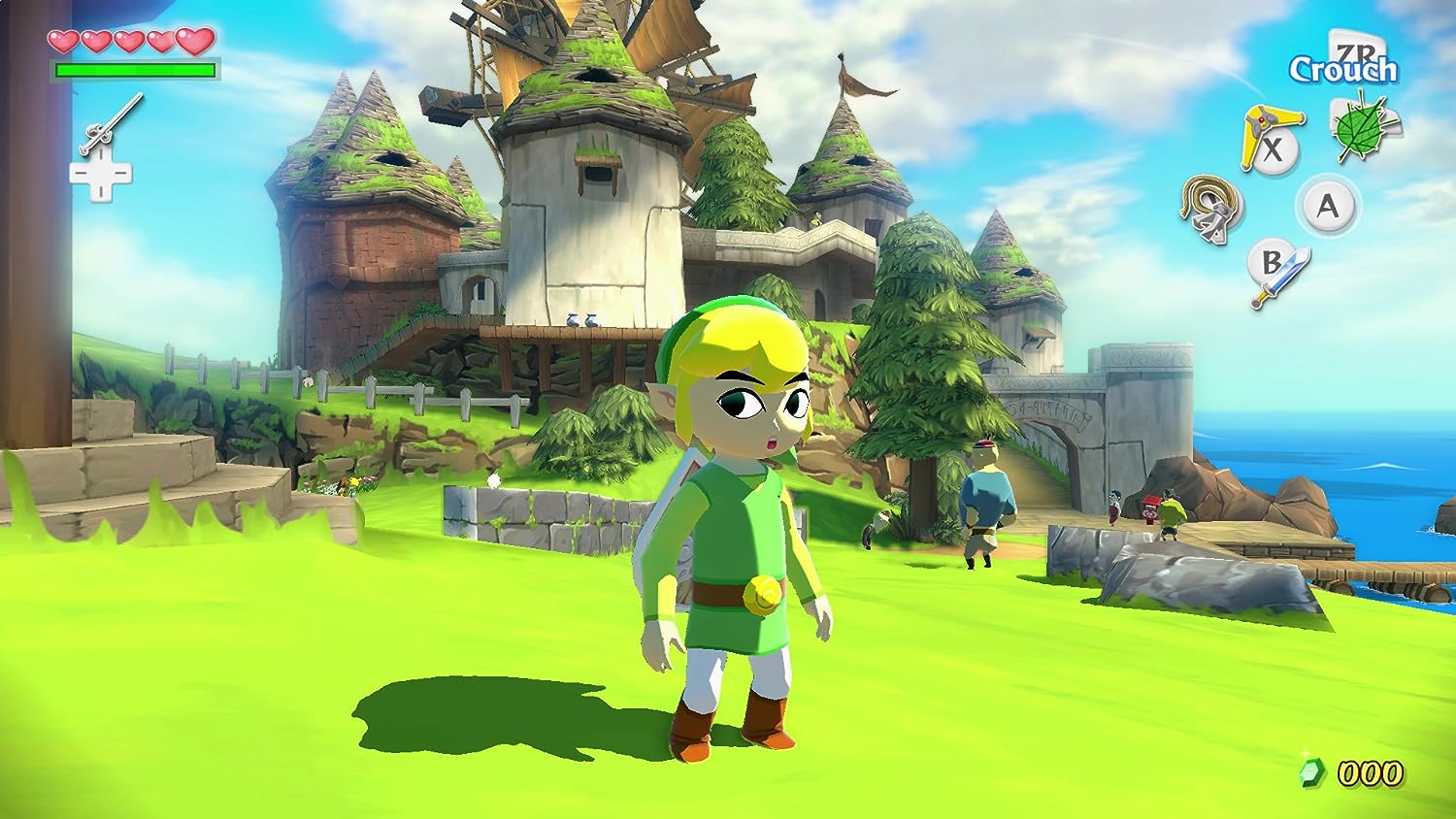 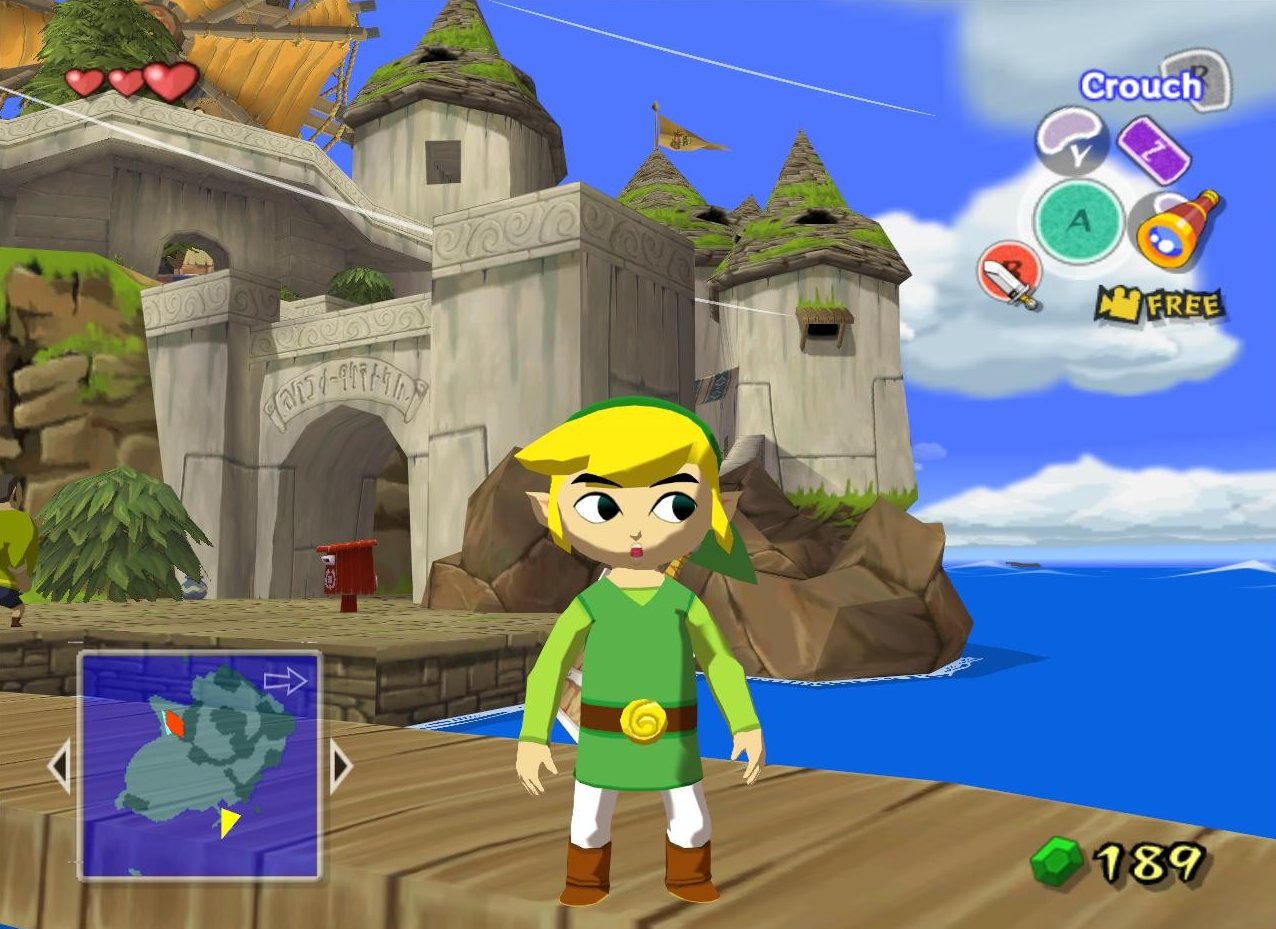 That's what I mean by more dynamic lighting or even just bloom, you can see the difference between the two almost instantly, the same can't be said about this Switch "leak". And I never said AAA games are all about lighting and modeling, but it's a decent chunk of it. Art and modeling along with animation are essentially 3 of the 5 pillars (coding and audio being the other 2) so they're important.

But look, I was satisfied with how Pokemon looked on Gameboy, Gameboy Advance, DS, and 3DS because they took advantage of what the hardware had to offer. They looked like games on their respective devices. However, this leaked image, does NOT look representative of what Switch is capable of and it's quite underwhelming. I'm not a graphics whore, my favorite games are games that do stylistic approaches, but I'm going to call out incompetency when I see it. The tools, training, and engines that are available today are more than enough to develop something that doesn't look like a 3DS game on the most powerful mobile chipset on the market. That's the issue I have with this screenshot. That being said, I still retain the idea that this was just a tech demo for Pokemon Stars just to get a feel for the hardware.

Pokemon is not an AAA franchise.

These terms "AAA" or "B" are film terms that transferred over to games industry. They have nothing to do with the popularity of the game but the standard budget allocated to that series. All Pokemon games have less than a 20mill budget. I hope that image is not true as well, but everything we know so far makes it seem so. A Pokemon aimed at Pokemon GO players.

This is what happens when a franchise goes unchallenged for too long.

Just to through this out:

There is a new Digimon Story game in development being built from the group up for PS4.

Hopefully that is true, sounds great.

You're arguing a point of view which seems to be a bit inflated on expectations tbh Wind Waker HD is not Wind Waker on GC which make that argument a bit null and void because in regards to WW people wanted something like the tech demo which WW was not aiming for that's the point, on a technical stand point the game was not on the same level as something like Prime which was out at the time ore even the likes of RE4 and such, the game still ended up fine as it executed what it was going for that's the point what exactly would what you're complaining about add to the Pokemon experience for one thing as it's never been a series that relied on such things.

Even on GBA, DS and 3DS the games weren't on the same standing as many other games they were all modest attempts at best when it came to pushing the hardware here is MHS on 3DS a game that arrived in the same period as S/M.

This is a step above of the Pokemon games and was on the same platform release during the same period.

Yeah I debated whether to label it as AA/B or AAA but didn't know the budgets. Do you have a link to the budgets, I know they can't be that costly but I'd just like to see them. With HD Development, it could become costly as Nintendo themselves found out but I digress.

So sure, it's a AA/B game...but so is Octopath Traveler and it looks better than this. You're right, this is what happens when it goes unchallenged, but also because they're so comfortable working on underpowered hardware. I just really hope it doesn't look like this because I liken it to, releasing Pokemon Yellow on the Gameboy Advance, as is without any substantial upgrades.

You're missing my points entirely though, my issue is that X and Y, Sun and Moon looked like 3DS games. They looked like they belonged on 3DS and not the Wii U. The leaked pokemon image looks like it belongs on 3DS and not Switch by comparison. And again, I brought up windwaker as a visual aid to how dynamic lighting should be implemented, not the history behind its reveal or compared to Metroid Prime as they are totally different art styles. Both still looked like they belonged to the 6th generation and both utilized 6th gen enhancements.

All I'm saying is, this does not look like a Switch game built from the ground up, and it's not taking advantage of current gen techniques. Which I think is a fair analysis and judgement. And visually, the truth. Pokemon has never relied on graphics, yes, but they weren't slouches either. We didn't get a game that looked like Pokemon Yellow on the GBA, we got a game that took advantage of transparency, 16 and 32 bit graphics capabilities, and more sprites on screen. It didn't look like a Gameboy Color game. This image would be the exact opposite, it looks like a 3DS game on Switch without the upgraded capabilities that the GPU can handle. And by comparison, yes, Monster Hunter Stories still looks like a 3DS game, lol.

I don't think you're listening to my points, or analyzing them correctly, so I guess we'll just agree to disagree. I'm just a fan of the series that wants to see it embrace change, and some of that change is in the presentation. I'm tired of looking at 3DS games as it is, I don't want a new powerful handheld and the best we get is another 3DS game just with better resolution.

I think my biggest issue here with those graphics are that there are a number of smaller productions on Switch (including some indie games) that look far better than this screenshot. But at the same time, my expectations have hit an all time low on the graphics part, largely because when really thinking about, Pokemon games have rarely really pushed the systems they were on.

May I ask what game that gif is from?