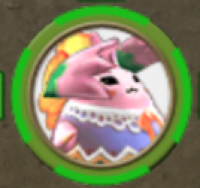 If that is the culture of the site then fair enough, though I will state it's not like this is something no one ever does. I saw an article on nintendolife just a minute ago where they did the same thing. I see that sort of thing done all the time elsewhere (for example in the movie industry). But we can agree to disagree about the relevance of certain metrics.

Huge numbers. I have to imagine that Nintendo is very pleased. I also noticed an interesting tidbit... 12 million + games (including third party), according to Nintendo. Nintendo has 8 games over 1m, so what are the other 4?

Hyrule Warriors, Pokken Tourney, and Mario+Rabbids are all likely candidates...

You do when you're launching a new piece of HW. Sony only outshipped them by 1M for their launch quarter (4.5M VS 3.5M.) Sony's normal shipment number for that quarter is 6M-7M. Launching during the holiday season doesn't change a thing if your HW is popular, because you can only make so many. Had Nintendo had 4.5M units ready in March, they probably would have sold that much, too.

I could see a scenario where 100M is possible. It all depends on how years 3-4 turn out. If it plays out similar to Wii's drop, then no.

That last sentence is definitely true.

8.48m on Switch alone, wow. I wouldn't have guessed it already being that high. I assume no word of a total or WiiU sales? I'll assume 1.5m, I don't think they're still shipping copies for the WiiU anymore, so only slightly below the 10m mark. The Switch version alone will easily reach that though regardless, and that's when we can finally celebrate!

Just noticed Sun/Moon is extremely close to eclipsing X/Y. I wonder if Nintendo plans any more Pokemon 2DS/2DSXL bundles for this year

Zelda BOTW on switch has outsold mario odyssey during Jan, feb and march then, 1.7m to 1.4m. Did not expect that, a new triple A mario game having weaker legs than a zelda game relessed 8months before it. Goes to show the great job nintendo have done reinvigurating the series. The zelda series at this moment in time is at it's pinnacle and has a bigger fanbase than it's ever had. Never before has a zelda game sold 10m (SW+WU) in its first 13 months in fact no other zelda game has even come close.

Hopefully this encourages them to release Skyward Sword HD and that rumored Link's Awakening remake. If they're arent already plans to do so...

bomberman is already removed from the equation. Nintendo specified 4 games hit a million copies, in the last fiscal year. March 2017 isnt included in that. And we also already know Bomberman sold 500k in March 2017, which takes away half of the one million total.