Case will get thrown out. It’s dumb. Imagine one sports team suing another because they lost game.

Russia went after both sides though... Remember the whole pissing on the bed incident? That a million page dossier?

Lol they just shot themselves in the foot.

Here I thought the DNC wouldn't sink any lower, just accept that Hillary lost because she was a shitty candidate. 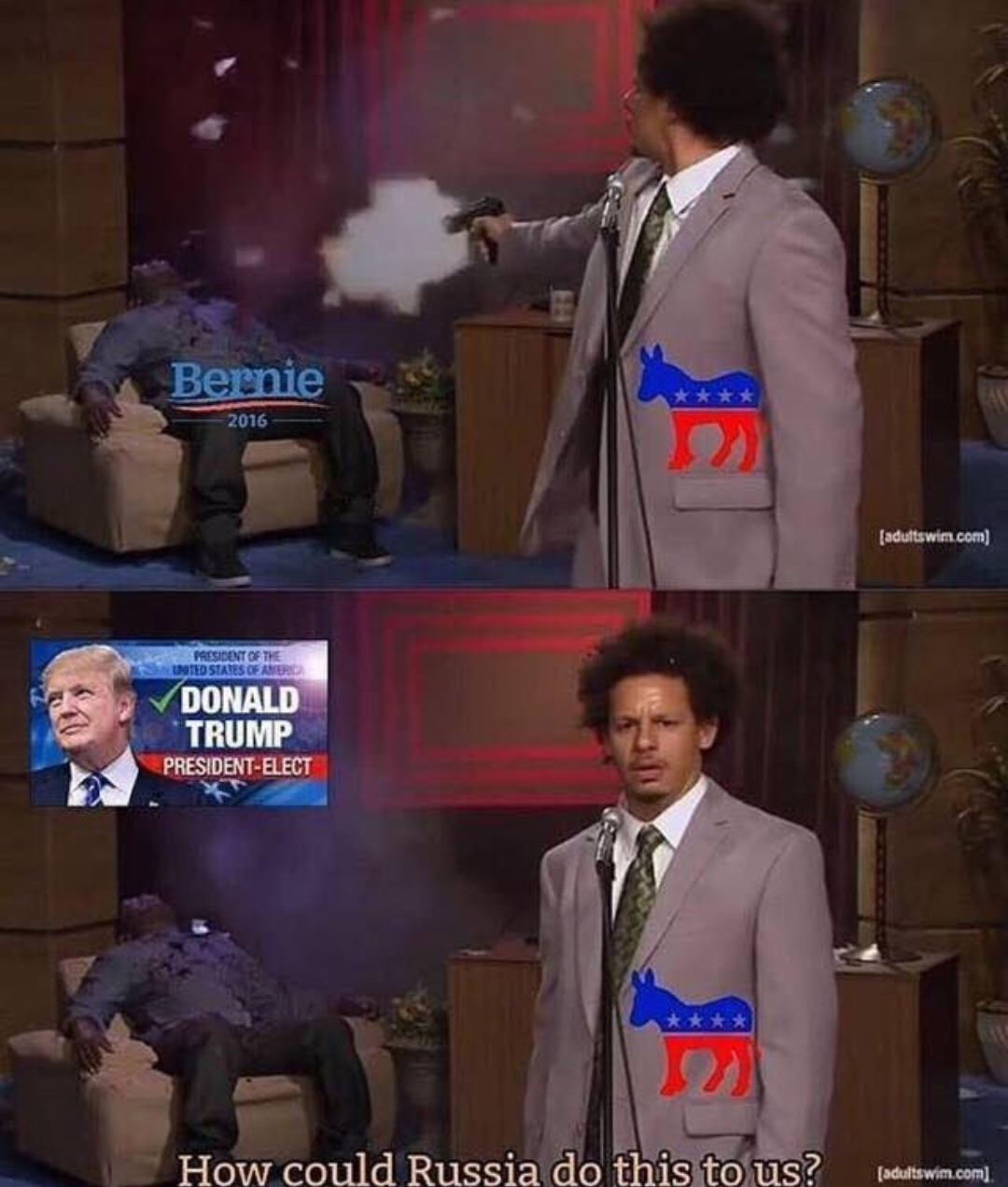 Watch out another shitty candidate like Elizabeth Warren or Cory Booker get stomped again in 2020 and the blame fall on the Russians yet again.

Here's a tip for the Dems and other clueless activists and politicians in Europe, who have brought to life this extremely bizarre left-leaning McCarthism: not every political and societal upheaval or shift comes from the Russians. Surprise, surprise, these things do can and often do happen, on their own.

how american of them

the point i'm making is that you're wrong... that's why there is, for example, an electoral college

"I often hear people argue that the United States is a republic, not a democracy. But that’s a false dichotomy. A common definition of “republic” is, to quote the American Heritage Dictionary, “A political order in which the supreme power lies in a body of citizens who are entitled to vote for officers and representatives responsible to them” — we are that. A common definition of “democracy” is, “Government by the people, exercised either directly or through elected representatives” — we are that, too.

The United States is not a direct democracy, in the sense of a country in which laws (and other government decisions) are made predominantly by majority vote. Some lawmaking is done this way, on the state and local levels, but it’s only a tiny fraction of all lawmaking. But we are a representative democracy, which is a form of democracy.

Literally the people involved with writing the constitution called the US a representative Democracy.