Considering that before Phil they had a lot more exclusives (X360 and start of X1), do you really prefer his direction?

So you wished that Sony and Nintendo were more about talking and less about doing?

Better than saying "TV" a lot while on stage.
Bazinga!

To be fair though, in response to the first point, not saying anything specific is what PR always does regardless of company. They tend to wait to reveal specifics until the "right time", which is often during a big game show.

Jesus christ?!?! was there a hack at Microsoft? how did you get access to the Phil Flowchart? 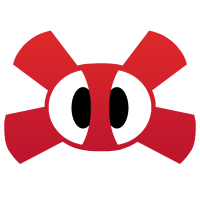 I think any major change in direction for any platform has to come from years of planning, development, etc, so I feel like Phil has done what he can with limited means, meanwhile trying his best to spin Xbox's precarious position as best as he can. I mostly blame Mattrick and the company as a whole for where the brand is now, though I agree that there's possibly a lot more Phil could be doing (though I'm not going to pretend to have any special insight, I'm not a CEO) which is why I consider most of what he says to be hollow. A lot of his words aren't being followed with action, and I've heard pretty significant exaggerations this entire gen from a lot of people on the Xbox team ("Halo 5 has the best campaign we've ever delivered"; "this is our best holiday lineup in Xbox history"; "Sea of Thieves is the most ambitious game we've ever published" to name a few). All I can compliment him on is attempting to set the tone that games are what're important to the brand, and thats something.

To be clear, I don't think Xbox is anywhere close to getting back to where it once was (in my mind, first few years of X360 were PEAK xbox), but a lot of the factors in that demise came before Phil took over, and he hasn't had a fresh gen to really set his own tone from the get go. I question how much he could have reasonably done with such a disaster of a launch.

Some people may put more value to the talking and say Phil is better than Don, but X360 as a HW and SW was overall in a much stronger position under him than X1 is under Phil.

Little by little Phil masks are dropping down.

I recall TotalBiscuit and others giving Microsoft's 2017 E3 showing considerable praise. I made a thread on it some time ago:

That's certainly a reasonable way to look at it. I still think a lot of the best aspects of the early Mattrick years were probably inherited from previous leadership, and you only really started to see the effects of his influence later when Xbox started to focus more on Kinect, TV, and perpetuating waning franchises under studios that are shadows of those that made those franchises famous. Just my perspective though. First Party exclusives aren't the only measure of success in my book, as a lot of factors lead to a diverse and healthy library.

Hm. I think you might be my new best friend. Here are some more Phil bullet points:

- Phil Spencer is not human. He's the most convincing human facsimile Microsoft has ever produced, and an improvement over the Don and Arron models, but he was hatched from a pod.

- He was hatched as a fully grown adult

- He is the second of the "Pod Baby" line. Don was the first. Arron was formed from a pile of sludge, and incubated in an oil drum.

- There are several "Phils". Many have already perished, not including the one that died onstage at E3 2013

I guess that is the goal really, try to make any situation sound good, no matter what it is.

Since we don't have much insight on the real toughts of them and considering Don Matrick were EA then of course it's plausible that he had a good inheritance that he spoiled and delivered a bad situation that Phil is still turning around. Hope that when X2 launch they have a much healthier situation