1. WW sales numbers for december is 4+ million at Vgchartz, I suspect the true number is about 3-3.3 million. I base this on 10 million units sold at 10 december that nintendo reported. Nintendo also said they had sold 13 million nintendo switch on 1 feb, there has been some debate on which date this number reflect on as nintendo was a little vague about it, but I just take it as 1 feb and don't try to over analyze it.

2. We can see this from amazon monthly sales chart. On february the switch crossed ps4 according to amazons chart, but they lost feb ndp. For March, switch barely won over ps4. So I'm guessing that ps4 will cross nintendo switch on march ndp.

There is some debate over the exact date those sales are up to, its either Dec 31 or Jan 21, but they said OVER 13 million and that number was not including Latin America or Asia (with the exception of Japan).

Idk why people feel the need to completely disregard these points because they are absolutely relevent, Switch is overtracked by a 500k at the absolute most. 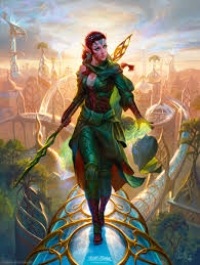 Yet, if i'am not mistaken, VGC have it at less than 5 million.

People talking about the PS4 losing ground but for it to still be selling this well 5 years later is a feat in and of itself. Not to mention every so often the console gets a new game that shifts consoles. I never expected it to still be outselling Switch week by week.

Youre comparing different things, shipped in Americas vs sold in USA.

Ya its definitely not losing ground, being only slightly down YOY in year 5 is impressive.

Why exclude Guyana and Suriname?

Excluding British Honduras, errr, Belize as well as most of the Caribbean. It'd take forever to list all the actual countries. Americas would have been just fine.