The best CoD ever on the Nokia NGage XD 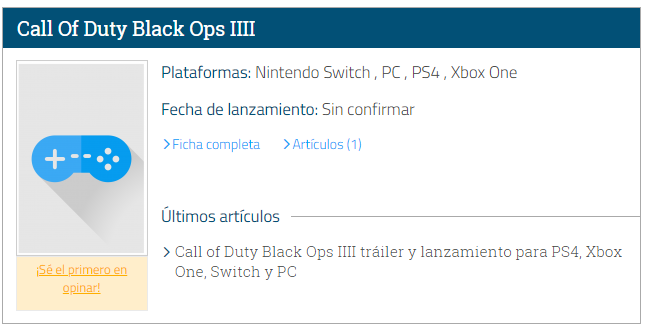 Hobbyconsolas is a very reliable in Spain. The game might be announced for Switch in the direct OR launch late OR its just a mistake by Hobbyconsolas.

Could be worse when the next FF game is announced.