I'm not much of a soundtrack listener nowadays, but one film soundtrack I enjoyed was the Underworld: Evolution soundtrack. That one holds a special place in my heart for having 2 original songs sung by 2 of my favorite vocalists kicking off the album as well as a third written specifically for the film (that chorus, man):

I also really liked the Queen of the Damned soundtrack for the 5 original songs from Jonathan Davis (surely you're familiar with those) that couldn't make it onto the album for contractual reasons (his versions, anyway) despite being featured in the film: 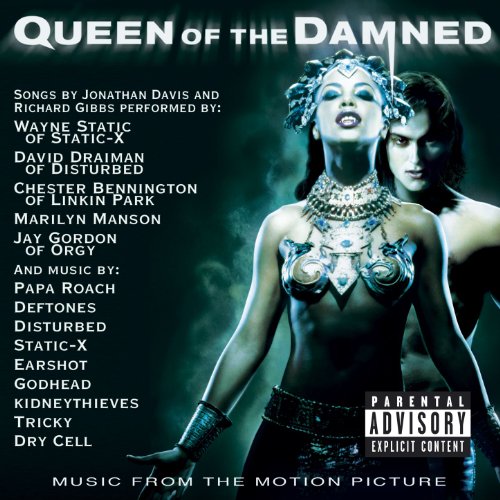 The rest of the soundtrack ain't too shabby, either.

Also the best song in general.

This is hard, but I'll start with three.

The soundtrack from the Untouchables just sounds so heroic, upbeat and adventurous.

This one is a classic, it just gives me the feels every. single. time. Rutger Hauer is a legend.

Everyone who has A: seen this movie and B: has male siblings, has done a kumite at home ;)

2 very different choices, for me;


And The Little Prince, by Hans Zimmer/with Camille

Day of the River

From Master of the flying guillotine Scary music

Anything with John Williams is great obviously (Star Wars, ET, Jurassic Park etc), as are the soundtracks to the Disney "renaissance" movies in the 90s like Little Mermaid, Beauty and the Beast, Aladdin and of course The Lion King.

Beyond that, so many 80s films have amazing soundtracks.  Legend is one of my all time favorites, as is The Dark Crystal and The Neverending Story.

Chris Hu on 15 February 2018
And of course anything by Ennio Morricone but I'm going to make my own tread about that soon.

Dont know if youre talking about full album soudtracks or just isilated songs. For full album I think nothing impressed me more than Interstellar.
Even if you had never seen the movie this could go on some of the best classical/instrumental music I have ever heard. And Ive been listening to soundtracks for a very very long time.