I swear this exact thread was made several months ago.

Are we really arguing about grass ?! -_-

I definitely saw better but c'mon you're still trying way too hard here.

It GTAV all over again :/

Well they've had two months to fix that, and have about one more before it probably goes gold. Can only hope they do I suppose.

Well luckily NIntendo is one of the few companies that the game looks better upon release than upon its reveal trailers.

It almost feels like they do game development backwards compared to others. It's like Nintendo works on a game with rough build of the game until the mechanics, gameplay, bugs, ect are all worked out. Then they spend teh rest of the time polishing the art style/graphics/lighting/ect. Thus they usually always end up with better looking games than reveal, cause the reveal was their rough build.

Meanwhile many other games start with their "polished graphics" and go "okay we want it to look like this. Make it happen. Then end up with not meeting that goal cause it was too lofty. So the final game doesn't look as good as the reveal. Not to mention lots of bugs tend to come at release.

Pictures also are strange when it comes ot Nintendo games. Whenever I see a Nintendo game pic, 99/100 times the picutre is not representative of the game really. It looks much better in motion. Meanwhile many other games, the pics make the game look almost life like, yet playing it, you woudl never confuse it for real life.

The grass textures are just a hint that Sega Saturn games will debut on the virtual console with the Switch.

You heard it here first!

Nintendo is great at animation, though I don't like the swinging in Odyssey... (at 6 min: https://www.youtube.com/watch?v=_GQGUGe7kDU) 3D world most definitely did that better...

People freaked out over an NPC in The Wonderful 101 and in the final build looked fine. E3 2014 people freaked out over some mountains and in the final build, more mountain ranges were added. This was an E3 build and E3 builds are often a few months old. By the time that demo is out they already have a much more updated version of the game in house. 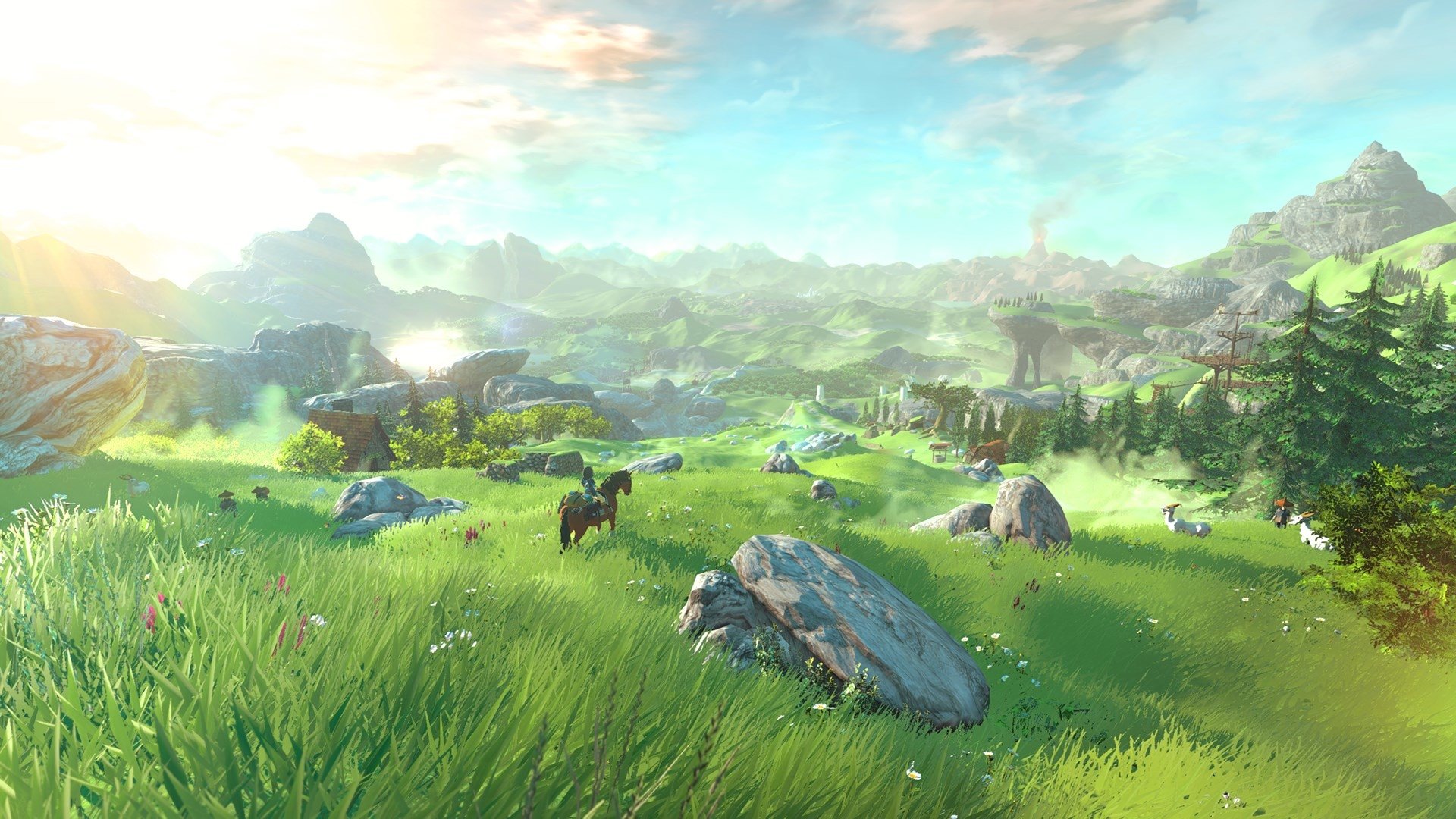 "Pictures also are strange when it comes ot Nintendo games. Whenever I see a Nintendo game pic, 99/100 times the picutre is not representative of the game really. It looks much better in motion."

I don't know why you go on to say this is only true for Nintendo games .... this is true for literally every game ever. Unless you're looking at bullshots - misleading pictures that captured a game's fidelity before a downgrade - done a year or two before a game's release, a regular picture of a game will always look worse than the game in motion.

I should clarify that this is really only true for Breath of the Wild from my understanding, but I still feel this is important to bring up.

I am going to guess the textures were done before they fully knew what the system was going to have RAM wise.

There was that report that Capcom asked for more RAM, and got it (probably a 1 GB increase from 3GB to 4 GB).

I have a feeling that if this game was to be made a year or two later we would not have this problem.
Though how much can they do with 4 GB total RAM I am not sure.