Fluky from fluke. Nintendy from Nintendo. I'm so original.

My gamer tag for online gaming is ShadowOfTheVoid. I tried signing up under that name, but something got borked in the process. There seemed to be an issue with using Yahoo Mail in the registration, so I tried again using Gmail but it wouldn't let me use ShadowOfTheVoid again because apparently the borked registration still used up the name. So, I just settled on Shadow1980, the number being the year I was born. 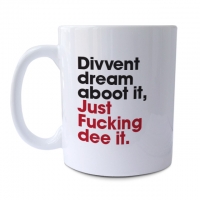 Well I was born in Newcastle-upon-Tyne​ (UK) and people from that area are called Geordie's , there for IamGeordie.

Well in the dozen other threads like this we have seen just over the last 5 years I went into a long drawn out post of what my name meant.


Tldr: My last name and then first name.
I

If you search me non the web's there is a hockey player by the same name, a random YouTube and then Me.

ooops that was meant to be a reply to spurgeonryan. Ah well newbie and all that lol

Love seeing this thread get re-birthed every few years. I've been on this site too long.


Chunk is one of my favorite characters in Goonies. He gains a close friendship with Sloth in the movie and there is a scene where they act like pirates and Sloth rips his shirt open to become "super sloth" by showing a superman shirt underneath. From that, I started using the name "superchunk" in all online gaming around the time I first began playing online games on PC with Battlefield 1942.

Funny tidbit, it wasn't until many years later (from something I was doing on this site) I realized there is also a rock band with the same name.

I got mine from a joke on Duck Dynasty. Willie was investing in a race horse, and Uncle Si wanted the horse to be named Captain Explosion.

When you think about it Captain Explosion sounds like it would work as the name of a video game.

Cocktoe or Cock-Toe is the name of the pet snake, of character "Himmel", from the movie The Pest. The main character, when confronted with Himmel and his snake, is told that name of the snake is Cocktoe, which causes The Pest to ask if the snake is named for the French playwright Jean Cocteau, to which Himmel answers " Nien, after my two favorite body parts." On the Dreamcast, with games the allowed names, it was COCKTOE. Starting with the original Xbox, it became COKTOE, because Microsoft and later Sony, did not like that extra C. Only watch this movie after huffing a garbage bag full of gasoline.