With ease. The Switch is selling like hotcakes and the game has over a 100% attach ratio...you do the math.

It is hard to say at this point.

Zelda: BoTW has a magic that could revolutionize game development in a similar fashion as Mario 64, Zelda Link to the Past, Goldeneye, or OoT did, but none of those games reached the same level as did Wii Sports, Mario Kart Wii, or New Super Mario Bros. That is because they are epic game experiences that do not appeal to every consumer, however, in this case, BoTW is the system driver and might represent the standard for Switch games. Every Switch owner this year might very well buy a copy of Zelda. If Switch sells through 14 million or so, then we could easily see Zelda top 10 million on that merit alone, but it is too early to tell.

The energy that Zelda has at the moment could transition into Mario Kart 8 sales going into the holiday due to a different audience.

Mario 64 did reach that level it sold around 12m.

Yes, you are right.  Other titles did sell really close as well such as Ocarina of Time, Goldeneye, and Twilight Princess, but my point is not near the sales of more casual, multiplayer friendly titles.  I personally think that BoTW will likely surpass 10 million due to the timing of its release and its impact on the Switch console, but it is just as concievable that Mario Kart 8, Splatoon, and other more multiplayer friendly titles will take the wind out of those sales going into the Holiday.

Well the thread is not really asking can it emulate titles like Wii Sports though it's just whether it can hit the 10m mark.

Well, naturally its attach rate is not going to remain over 100%, but it should still remain quite high. Ocarina of Time had about a 25% attach rate to the N64, if Botw ends up somewhere similar, then for it to pass 10 million, Switch would have to sell 40 million, which should be reachable if Nintendo keeps its eye on the ball.

I probaby needs just about 8milbon switch though. Looking at wiiu sales, in US/Japan game sold over 565k+ so shipment+digital are going to surpass 1mil excluding Europe/etc.

WiiU version might be close to 2mil lfetime (maybe more?) sell through is easily close to if not already at 1mil

That usually doesn't happen. Zelda will sell better due to the installbase increase that MK8D brings forth. Those MK8 and Splatoon players need something else to scratch their Switch itch. It's not that conceivable, really.

As the installbase increases, so do sales of other games. Because new owners can't just play a single game. Zelda will be the primary title to buy alongside other evergreen titles. Zelda itself is already proving to be an evergreen game itself, so it should leg out nicely.

Keep in mind that Zelda is selling this well with Switch supply constraints.

And BotW had the best launch ever for the IP in the US and Europe. 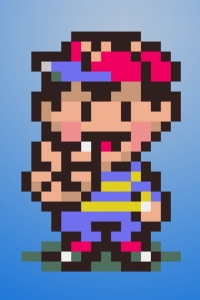 In a 100million userbase platform and still 1.25million away, Skyward Sword on the other hand sold 4 million.