Forums - Gaming Discussion - [Patent] The Switch could rival the Oculus rift, if done right by Nintendo.

A recently published Nintendo patent shows how virtual reality could work on the company’s upcoming Switch console, despite Nintendo’s overall ambivalence toward VR. The patent, spotted by a NeoGAF member, describes a head-mounted display that would hold the Nintendo Switch tablet, reminiscent of Google’s Daydream headset or the Samsung Gear VR. The headset, Nintendo writes, could “enhance the sense of immersion” and could either include its own tracking sensors or use ones on the tablet itself. Wearers would play games by sliding off the Switch’s removable controllers, which could hypothetically also feature Wiimote-esque motion sensors. 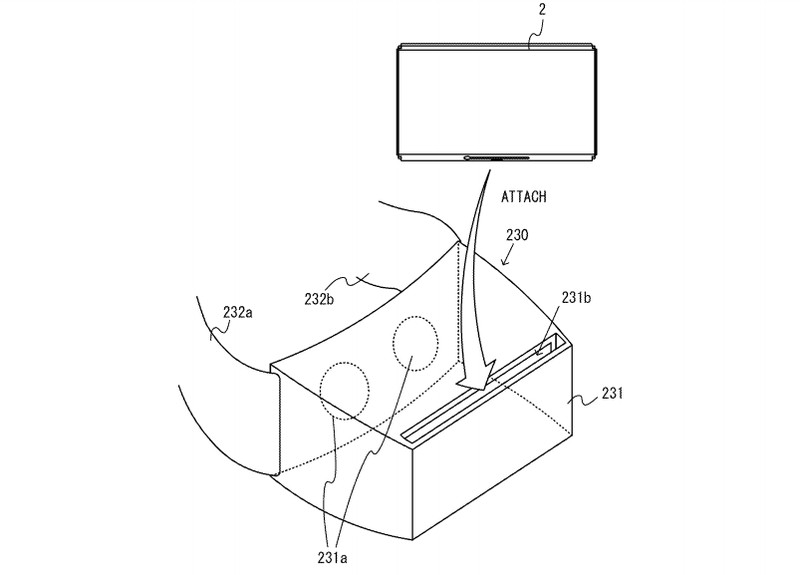 I hope Nintendo does something with VR for the Switch. The Switch's Joy Con controller would provide the most emersience experience for VR! plus the huge screen. I would love to see nintendo release some VR games for the switch. ZELDA in FPS mode xD

I've used a VR Headset with my 1080p phone and it was barely passable.

Not with the Switch's resolution it won't.

Is there anything the switch can't do???

and do you know what this really means? thats basically 540x720p to each eye. Thats gonna make for one very horrible VR experience.... Because 720p VR sure sounds like a delight. If Nintendo opted for a screen the likes of the PSVR OLED, it would be barely passable, the battery consumption difference wouldn't be that big unless you were running games at 1080p in handheld mode, though games rendered in 720p would look worse I guess.

But then you have to wonder, even if the Switch has near XBONE performance, it wouldn't be enough for VR. You'd have to render everything in 1080p twice and have everything highly detailed to provide the immersion. And Nintendo only has so many titles that would fit the bill for VR, and so do third parties. A majority of VR software out there are more like tech demos rather than full fledged games right now, and it will take some time for that to change.

Oh my god, enough of this.

A 720p ips display that alone ways more than half as much as an Oculus Rift sitting way out in front of your face is going to be an awful VR headset. Add to that the fact that the Switch is woefully underpowered for VR and I don't know why we're even talking about this.

Maybe people should listen to those of us who have actually used (and own) VR headsets before making threads like this.

The Switch as a VR headset wouldn't even rival the Gear VR. But it should be right up there with Google cardboard and a cheap smartphone.

it could deliever the experience of the 4 years old Rift DK1, which had a 1280x800/60hz LCD screen, with gyros/accelerometers/magnetometer tracking for rotational motions (no positional tracking)

with the advantage of having really good motion controls for the hands, but the disadvantage of much less capable hardware powering it