Final Fantasy's pre-orders are bigger than I expected. It will move a lot of consoles and it will probably give a big advantage  for the PS4.  I heard that more than 80% of the Pre-orders are from the PS4 version and that the PS4's limited edition version is higher than the standart Xbox One's version.

Black Friday seems to be redundant as far as Xbox goes these days. But, good deal. Wonder what Sony's got cooking. 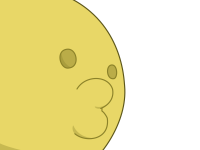 PS4 November sales will be very high, gonna be a good time