I literally tried to take a gym on my way home. Beat it 3 times, but the servers were so horribly out of whack, it never registered and I ended up just leaving because I couldn't spare any more time waiting for the game to actually work. These damn servers, man.

BTW, how many achievements/medals does everyone have? I'm currently sitting at 4 Gold, 5 Silver, 8 Bronze, 10 In Progress

I've only played in my house and have still caught a good amount of Pokemon.

Just took over two Instinct gyms! #Valor. First time I beat a lv6 Gym by myself. squad on some real shit 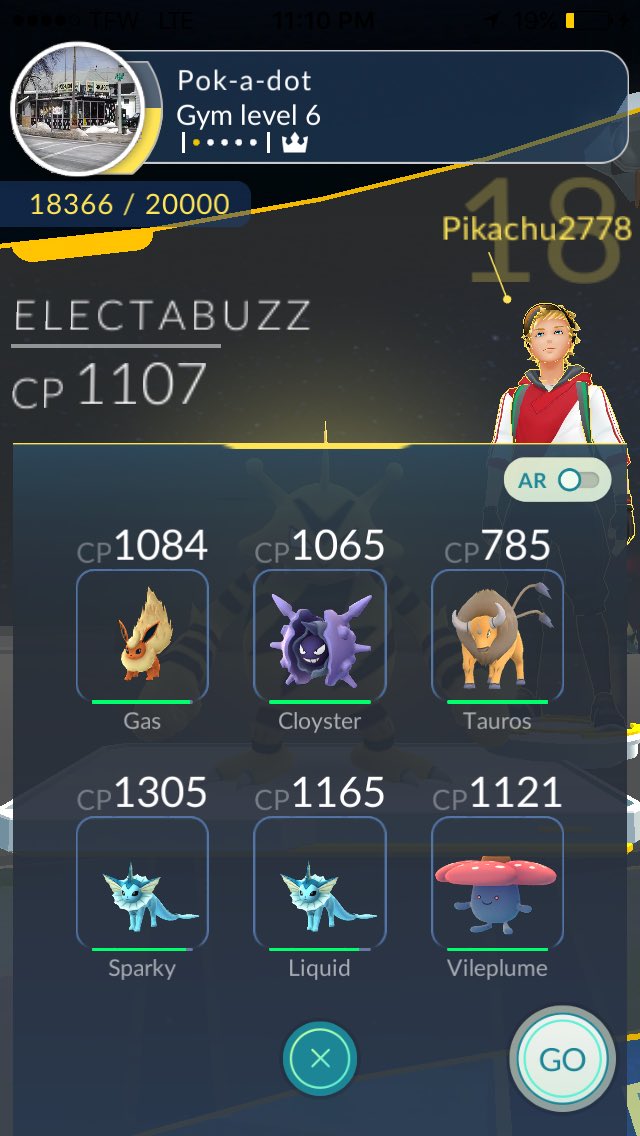 I don't have a cell phone though and that's shared with my oldest while playing on a laptop. (You can move around on the map with wasd) It's fun to see all the places in the game I usually ride through while cycling, lots of stuff I never notice while cruising by.

The town we live in is pretty small with only a couple gyms and pokestops. Currently I'm (at home) 'walking' around the Hamilton bay area which is the most active place I've seen yet. It's close to McMaster's university campus and has tons of pokestops and plenty gyms close together. There's lures everywhere and the gyms cycle around like traffic lights.

Even with the obvious advantage of 2 people playing and being able to run through buildings and across water at about 20kph, it seems impossible to catch up. Best we have is a 1221 Hypno and 1123 Tentacruel, yet some gyms are already over cp 2000. Not that there is any point in taking over gyms other than xp.

Without the social aspect it's not a very good game, just interesting enough to play while browsing the web or watching Netflix. Ooh wild Rhydon just appeared, 67 caught.

Level 13 caught 65 seen 70. Downtown Disney and the beaches in California have plenty of Pokestops with lures activated. In fact, two weeks ago, two cops in downtown disney saw my friend and I playing and asked us how the game works. After we showed them, they said somone found a Charizard 2 hours ago and it caused a stampede of 50 or so people! They also said to be careful because two people have reportedly walked off cliffs so we told them we will lol.

Oh and I'm in Team Instinct.

Not sure if anyone else has seen this 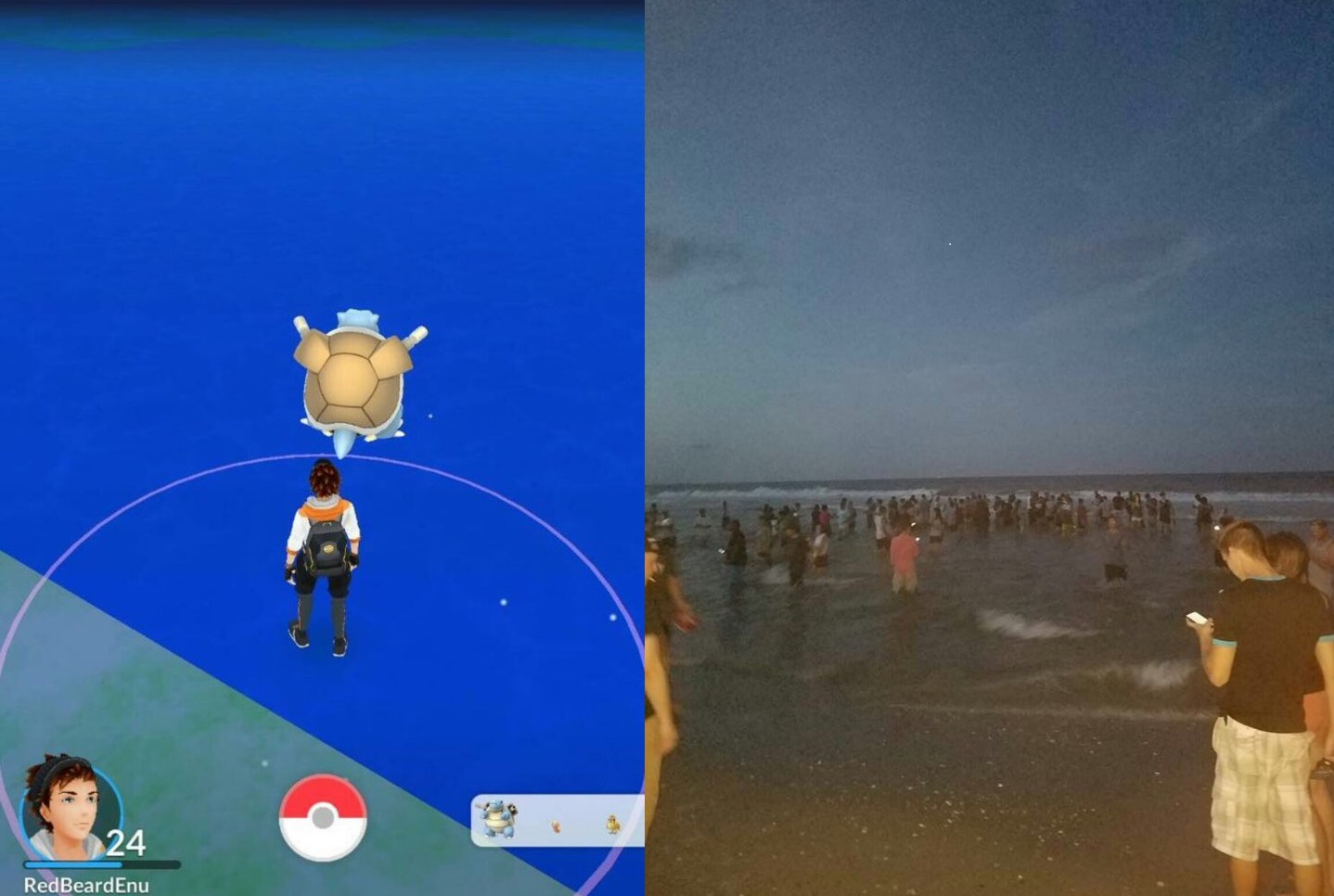 I'd be right there with those people xD Blastoise ftw.