Forums - Gaming Discussion - Will This Be The Last Console Generation?

Just to be clear I'm not saying dedicated consoles are going to be dead and the big three will stop making consoles.

I just saw a video IGN uploaded speaking about how Microsoft is prototyping different Xbox that is PC like because they have parts that can be uploaded to get better performance, and we know that pretty soon Microsoft is going to announce some type of new Xbox because of some official files that leaked saying the NDA ends June so we might see some stuff at E3.

As for Sony they have their own streaming service PSNOW and it can be accessed with other devices such as Sony televisions so a Playstation Console isn't needed for this and so in the future maybe it will become a bigger service that can support new game releases etc. When Sony was asked if there would be a new Playstation they said "if". Yes, I know that they might want to stop an NX like situation but the difference here is that many people already know the PS4 is selling great and that there probably won't be any dev kits out yet until at least 2018 so there won't really be any leaks and rumors. There might be speculation but anybody can speculate on things that haven't even been announced yet(iPhone 7 for an example).

As for Nintendo, there was a patent a few months ago with a supplementary device that hooks up to a cloud network and can give extra power to a home console. This patent is actually about to be approved when Nintendo pays some money and fills out some paperwork. I was thinking that when the NX comes out they can keep realizing new SCDs every few years and slowly stop supporting older ones as time goes on. This would keep a larger install base since they wouldn't need to start a new console cycle every few years. An example I thought of was the Windows situation. MS says that Windows 10 is their final windows and over the years there basically going to keep adding updates to keep it relevant, while there doing this windows XP lost their support a few years back and the same is happening to windows vista some time in the next 2 years(can't remember the date right now). It would be interesting for Nintendo to keep releasing SCDs every 4-5 years and slowly stop supporting the older versions.

With this idea of there being one console with it being upgradeable every few years and you wouldn't have to worry about spending $400 every six years for a new device doesn't sound that bad. What are some of your thoughts on this?

Everyone go on pretending like it's not though if it helps you sleep at night.

Or pretending like the NX is a 9th generation console instead of a generationless platform like what it actually is.

I know, change and modernization is scary. (its not its awesome)

You forgot to mention that NX will be an all-digital platform. Some people just can't handle the truth. 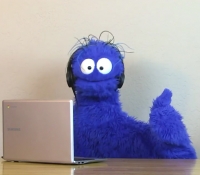 Traditionally, as we know it? I'm thinking almost definitely.

From this point forward I fully expect mid-gen upgrades or even fully upgradeable consoles from each of the big 3. PS4K is as close to being confirmed as possible without hearing a confirmation from Sony themselves. An upgradeable Xbox releasing soon is heavily rumored and Phil himself talked about Xbox being upgradeable in the future. Nintendo patented what they call a supplemental computing device, which will likely be used to upgrade NX mid gen.

Yeah, but I have faith in the human spirit. Our greatest strength is our ability to adapt to change.

I wonder if Sony will be smart enough to undercut the NX by making the PS4K digital only and bundling it with a 1TB HDD. I'd doubt it, but they did the console upgrade when I thought NX would do it first so it'd be foolist of me to underestimate their ability to be forward thinking once again.

Don't doubt that Nintendo won't do both. SCD can only do so much. At some point, the hardware becomes a bottleneck. I expect a physical hardware upgrade for the NX and NXDS once every two years each, alternating years of release indefinitely.

Can you imagine playing Mario platformers via game streaming?

Those guys with physical hardware (their own consoles) will have huge advantages alone due to input lag.

Net goes down? no playing.

son/daughter/wife watching netflix/downloading somehting => your not playing (at full speed).

Love collecting physical discs of games you love? too bad.

Give us physical consoles for a few gens more atleast please.

Im very much against the idea of streaming your game to you (though it could possibly work okay with like turn based rpgs ect).

That sounds cool though.