Well, I think this is how Star Fox Assault would look like if it was remastered. But it's not comparable yet. Star Fox Zero looks better and has another visual appeal, theses screenshots give me the idea of an empty game, as if it could be running on any mobile device. Again, I think Star Fox graphics stylized, without comparison possibilities...

This isn't stylistic choices this is bad graphics stop kidding yourself xD.

But no you're right this is STYLISTIC!

I don't think that's the case. When the graphics are outstanding, it's normal to talk and make threads about it. It's also normal to have an argument about the opposite (we're having that argument right now :P). It's part of the gaming world. But in both cases, gameplay comes first. It's the core of any game imo. There's some examples about graphic masterpieces that don't stand as games, and there are a lot of examples of the opposite, this is always the case with games. Why do I use this "gameplay is first" argument in this particular discusion? Because when games don't look that good, people is fast to dismiss the game, forgetting that the game could still be good if the gameplay is solid and fun. This doesn't need to be stated in a game which looks brilliant, because everybody would be pleased for a start, so it's pointless. Though you could use the same sentence in a game which looks brilliant to remind people that a game is more than meets the eye, which, sometimes, needs to be stated.

We know that, graphics don't make a good game. So I only ask for patience, try the game and see if the gameplay is really solid and fun. If it fails in both aspects, then it's not worth it of course. But until I have the controller in my hands and I properly play the game, I won't give a solid opinion about it. My impressions based on YT videos is that it looks fun, but I'll see about that.

you're being very dramatic and only focused on small aspects that needed little improvement. generally the game is pretty much finished and offers visuals that can not be compared. After all, we are talking about a video game play, you wanted a mimesis of reality or a cartoon (like R&C)? It is an artistic style that refers to their own identity. The retro-ish N64 art that unfortunately does not seem apparent for all to see. And nintedo advertised us in last ND.

Agreed. I think it looks like garbage, not in the litteral sense, but it's unimpressive, uninspiring, outdated, and lack of any originality. 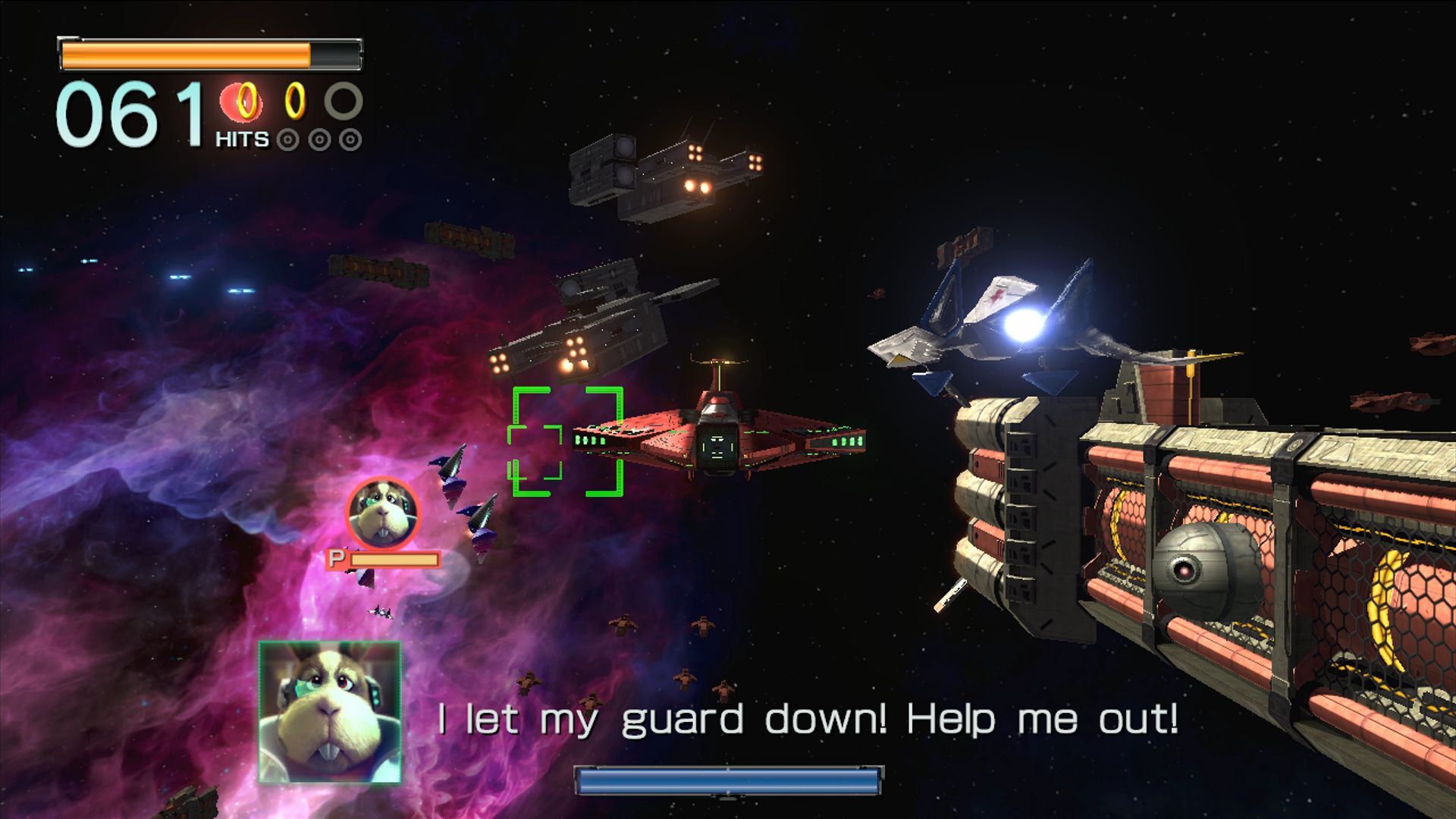 I honestly find the galaxy more vivid in Project Sylpheed case, as well as better weapon/fire/lights effects as opposed of those in Star Fox Zero. Sure, PS suffers from some terrible cases of blur and low-rex textures, but the later also happens in SF0.

Both games are easily comparable. The only thing SF0 has for it is that it features on-ground / different terrain battles, as opposed as always on space.

In some areas Star Fox 0 looks good, in other areas it looks bad.

Nintendo's seal of quality, graphics-wise, is reducing because they are finding it difficult to cope with the scope of current-gen games, and pumping out a decent number of titles.

For that reason, for those who are disappointed in the graphics, be happy that the game is out and that it will have tight gameplay (that is never variable for Nintendo so far). Better out with meh graphics here and there than not out at all.

Will you pay for it? It all depends on if you can stomach the lame graphics here and there, and just soak in the gameplay and other nice things the game might pack in that we don't know of yet .

Which is really sad, 'cause you know... the game came out 10 years ago

Looks like my f... touchpad ate up some text, again. And i didn't see it this time.

Bad frametimes can make an under/on 60fps game look bad, adding stutter. In that case 30fps can look much smoother. Star Fox at least seems to have good frametimes, so at least it shouldn't stutter. Won't neccessarily be that much better than locked and timed 30fps though.

<60fps good frametimes ok, can be better than 30fps

Pleasant to look at, despite being quite polygonal. Digital Foundry described the look as "clean". Not technologically impressive, by any means, but pretty nonetheless.