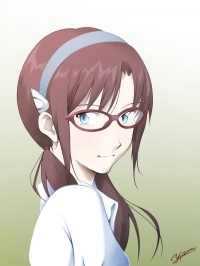 It won't probably. This rumor abour a different European competion not by UEFA has been goinf on around for many years. Some years ago there were rumors about a Balkan League and a Meditarannean league too. And i don't think UEFA will change the format in any major way except maybe the summer qualifications because it's basically super strong teams vs super weak teams with no interest. 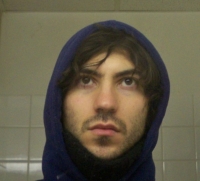 As a Borussia Dortmund and PSV fan I'm not happy about this but the political and economical aspects are valid. If Catalunya gets its Independence from Spain, where the FC Barcelona will play? The FFF wants them for their Ligue 1 but French ligue is really boring because only PSG has enough money to have a good team. So for rich clubs like PSG and Barcelona, yes it makes sense but for the average fan? No it doesn't.

People are jumping the gun about this meaning the end of the Champions League.
That can still exist alongside this super league. However, the appeal of the UCL would decline if we already see the top clubs compete every week all year around.

Not sure how I would feel about this though. It is a bit sad to only see top club matches a few times a year. On the other hand this would make other clubs less powerful and influential.

He talks as if there is this great big mystery on why the leading clubs of their respective countrys get stronger and stronger every year. There's no mystery.
And it's not some status quo that should just be accepted either.

These clubs are carried by a system that rewards the ritch and powerful clubs while punishing the middle tier to small clubs thereby creating a spiral that will shift money further and further away from, say, bavarias greatest competitors, and towards themselves.

Football being an industry, a highly corrupt one at that, money rules. With the right amount of money you can buy not only the best players (and trainers, co trainers, medical personnel etc.), but the best players off of your direct competitors. Throwing your financial weight around clubs that have nothing to put up against it. Bayern Munich for example, does this a lot. Worst thing is, they buy the best players in all of germany only to put them on the bench. There is no huge coincendence going on, it's tactics, plain and simple.

And it's bad for football. The leagues become dreadfully boring without healthy compitition, leading to viewership loss and lower ticket sales overall. The smaller clubs will feel this first, while the Superclubs will remain largely untouched for a while.

Instead of trying to correct the system, in order to allow for more mobility and easier permeability in the leagues, they are now trying to cement circumstances that would make them the sole beneficiary of viewing rights, ad money and ticket sales all over europe.

In short, this is a terrible, greedy, greedy idea. It does nothing for the sport as a whole and all to generate more money for them.

Usually banter is responded back to with banter.

I was bantering also. Next division down is the championship. Nobody really refers to it as division 2 anymore.

Well, if that's the best you got, then yeah. FL Championship needs some representation too.

Yeah kind of spoils it when you have to explain it.