Forums - Sales Discussion - October 2015 NPD Thread! Everything is in the OP!

I don't really know who you are or what you do, except from cursing me out on the forums. I do however know that VGC extrapolates numbers out of thin air, as we learned from the entire Spiderman XOne debacle, when they extrapolated sales numbers for a game that hasn't even released. Or how they extrapolated numbers of Borderlands 2 on Vita when that game was available only in a bundle and gotten an about 900% sales difference.

Or numerous other times when VGC had to go back and adjust their numbers by 100% or more after official announcements.

Maybe you are not making numbers up straight away, but your numbers are atrocious and unreliable, laughable at the least. Nice of you to put up an effort, but I do not have to accept your poor attempts at extrapolating crappy numbers from poor sources.

Keep up the poor work, you are obviously not qualified to do better.

I know that, but I do believe that they have no source. Just educated guesses that sometimes succeed more often don't.

This, compounded by their asking the users here to gather official numbers so that they can go back and correct their guesses just solidifies my belief.

You have a point with sales of unreleased games. But asking for official numbers isn't an issue, it's a plus, and something we should thank him for because ioi rarely bothered with adjusting the numbers and matching them with the official data.

Careful, Machina, I think you might get modded for that.

Super mario maker over 55k this month, so... We got something so far :p

I have no.issue with them.using official data, actually that could be the strength of this website. But everything else just ruins their credibility week after week.

You've been shitting on my efforts constantly, accused me of making up numbers, and now you're claiming victim status? Haha. Yeah, no. Told you I wasn't going to be accused of making them up out of thin air - I gave you fair warning - and you've repeated it. Good riddence. 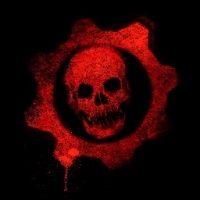