Ubisoft- first/second largest 3rd party supporter of the wii u. Almost provided 2 launch exclusives for no cost while providing ports longer than others.

Tier 2:
Sega- Nintendo is still the best platform for sonic (one of the few console titles sega still makes) 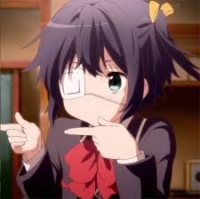 "Deal with it", like you somehow know better than us about this thing that no one really knows anything about. :/

Traditionally, Nintendo has only courted Japanese developers and the biggest of the western publishers, like Activision, Ubisoft, and EA. If they're smart, that will change, and they'll open up dialogues with just about everyone that makes AAA games.

Very few western developers will spend resources on any kind of Nintendo exclusive, and if they do it will be something quick like Zombi U, but Nintendo should try and get a port of every major title that is in development and slated for a release near the launch of the NX. That should be priority A, B, and C.

Japanese devs just because of the handheld. 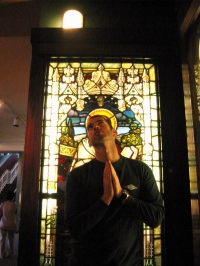 This is *complete* wishful thinking on my part... but....

I'd love if Nintendo bought a stake in Konami and got hold of their IP library . All the old MSX exclusives from the 80's could be rebuilt in 3d. Many of those games were huge sellers in Japan (Yie ar Kung fu, Time Pilot, Metal Gear etc).

But taking on the management headache of reorganizing a company that appears to be in a state of anarchy - well that might not be too attractive :)

EA is I believe legally obliged to develop Madden and possibly Fifa for the console. So they'll get one.
Ubisoft tends to make exclusive titles for just about every console at launch, so they should have one.
Square already announced a possible NX game, so it stands to reason they'll have one.

Namco, Sega, and Capcom seem likely and platinum is almost a definite.

I think the same too. Whatever happens, Nintendo shouldn't let go of their dedicated handheld dominance. It's still an important chunk of the market, even if the mobile market has rediced it a lot.

I think the first lot who got the kits would be internal studios and those with strong relationships to Nintendo and those who will be paid to create games for Nintendo, the likes of Platinum.

I see Capcom right up there as they create a lot of games for Nintendo handhelds. Sega for all the Sonic stuff, Platinum for another Bayonetta.

I think the earliest they will release it will be holiday next year. There is no way they will release it before E3 and TGS. This would mean they will be releasing it towards the end of the fourth year of the PS4 and X1 life cycle. Early 2017 will probably be when Sony & MS start giving out their early kits, meaning devs will start to have an understanding of what each manufacturer is doing.

Japanese developers, because I think Nintendo is still more focused on continuing to win their homeland over conquering the world market. Followed by other major Western 3rd parties, those smaller or mid range developers that offered Nintendo good software support in the past and then everyone else.

I'd say Square-Enix and Ubisoft are among the first ones.