edited to Next Gen exclusive* ;)

There may be more games next year for X1, but aside from Gears their hardware boosting capabilities are limited. Quantum Break and Crackdown 3 may be decent. Everything else, no. How often do new exclusive IPs that aren't shooters do anything significant on Xbox? Even shooting games that are a bit different, like Sunset Overdrive, struggle. Scalebound and Recore are going to bomb commercially and won't move hardware, Sea of Thieves may do a bit better but I still can't see it moving systems in any significant way. This is definitely X1's year to move serious hardware through exclusives, not next year.

And I think they will, and will enjoy comfortable victories over Sony in the last three months of the year, even if Sony cut the price by $50 and bundle the crap out of MGSV, CoD, Destiny, Battlefront

The numbers are correct.

In answer to your second question, I posted the below on GAF last month and will post here as well.

I don't think Microsoft will be looking to de-value the console even more, and I don't think they're prepared to have another holiday season where they lose money thanks to another price cut. Microsoft know they have some fairly big hitters like Halo 5 coming out this year and so I am of the opinion that Microsoft will not drop the price (outside of special one off/retailer specific deals) this calendar year. The official price will remain $349.

What I believe Microsoft will do is in a similar fashion to their strategy during 2009 with the Xbox 360. If you remember, Microsoft kept the price the same but bundled in two games at retail. This year I believe we'll see Microsoft start to add value to their proposition by creating more bundles aimed around the $349 and $399 price points with games and perhaps even Xbox Live bundled in at no extra cost to the user.

I made a similar post before about the PlayStation 4 but will now expand. During the PlayStation 2 era Sony had a strategy that was all about being the market leader to show that the PS2 was continuing on from the success of PS1 and that video games were serious business. The PlayStation 2 launched at a low price of $299 and Sony's strategy was to subsidise the console in favour of making bank on software. What this meant was that Sony were more willing to drop the price $100 in May 2002 in order to increase the install base at the detriment of hardware revenue as they knew software revenue would make up the difference.

The gaming landscape has changed recently and from the evidence at hand we can see that the majority of the console gaming market is being driven by early adoptors, hardcore gamers and core gamers. Sony are taking advantage of this with their new strategy, first they got everything right about the console, then they priced it lower than their competitor at a good entry price, third they've been the cumulative leader this gen.

What that means is that Sony's strategy is very much about making a profit both on hardware and software which is very different compared to the PS2 strategy of the time. This is the longest Sony have ever gone without a price drop and that's because the console is still selling very well. They could have done this strategy with the PS2 and it would have done well but with PS2 they were more than happy to sacrifice hardware revenue for a higher install base. With PS4, Sony would prefer to increase hardware revenue, and it's clear that they can with PS4.

We rarely see consoles go this long without a price cut and the only others I can think of that have gone this long were the Wii and Wii U but they are special circumstance really. When it comes to a PS4 price cut I am of the opinion that a price cut must and will take place before the Morpheus launch. Sony will also need to weigh up their options as to whether that price cut will take place before Morpheus launch in 2016 or if they are willing to cut the price in 2015 because it is a hit they can take/have planned for or even will still remain profitable.

This year I am of the opinion that we will see a price cut in order for Sony to open the console up to a new audience and to increase the install base. However I am not sure if it will be a $50 or $100 price cut and whether it will even be temporary during the holiday or permanent. However, Sony do not need to cut the price either and I can very much see them holding back this year and taking the same strategy I mentioned above of Microsoft in 2009. Bundle the crap out of PS4 at the same $399 price point and we are already seeing that with the Destiny bundle.

So Sony really can go both ways here and to be honest they probably don't need to drop the price as the PS4 is doing just fine, however I do think it's time and we will see some sort of price drop this year, at the very least we'll see loads of bundles at $399 with extra value adds. 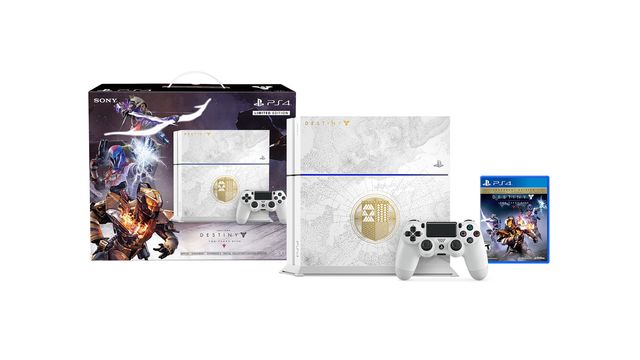 He's been overzealous of late about the numbers and he says more than once he'll leave the site when he can access neogaf again.

USA lead isn't the one that matters.

why would it not?

Congrats Sony, ps4 won in the hardware and software. What else?😆