You are using voice chat as argument that it's crucial to being competitive as the game currently proves it's not needed to be competitive as the game functions in a different manner you're only now shifting your argument to it being an option because you're at a dead end right now on a game you don't own and haven't played fully. Right now people are playing the game competitively just fine, most of the complaints are from, surprise people who don't own the game. Only reason for VC is really to chat to friends in a custom game.

Balance, online and glitches are not genre defining problems they're general problems across all games, you're arguing genre specific standards against a game that's far different to other games in the genre this is were your comparisons are falling flat. A game that is unique doesn't have to adhere to standards of games it's not trying to be like simple as that, Metroid Prime didn't need to adhere to other shooters, Smash didn't need to adhere to other fighters, MK didn't need to adhere to other racers because their approaches were going for something completely different. Splatoon has sold mainly to people who don't like shooters much like Smash and MK sell to people who aren't normally fond of fighters and racers, this flat out says that their way of doing things is effective for what they're aiming for and the approach is doing something that other games in the genre aren't so why should they adhere to those games.

Sorry but it sounds like you sucked at W101, it may be a bitter pill to swallow but it sounds like you weren't very good at it, W101's tutorial is no diffferent from Bayonetta or any other action title, what is different is that in a game like Bayonetta 2 you can get through by simply mashing the attack button and pressing dodge and end up thinking you're actually good. W101 is technical down to your inputs and what's going on onscreen, you can't mash attack and dodge in this game and that's why you feel the tutorial is worse it's a case of the game just being more punishing difficulty wise and taking no prisoners because it's a game only for a player who consistently practices to improve their skill and grasp the mechanics not those who aren't up to scratch and give up. You fall in the latter sadly.

The best miiverse integration and community in a non-MMO game you'll ever see this generation. 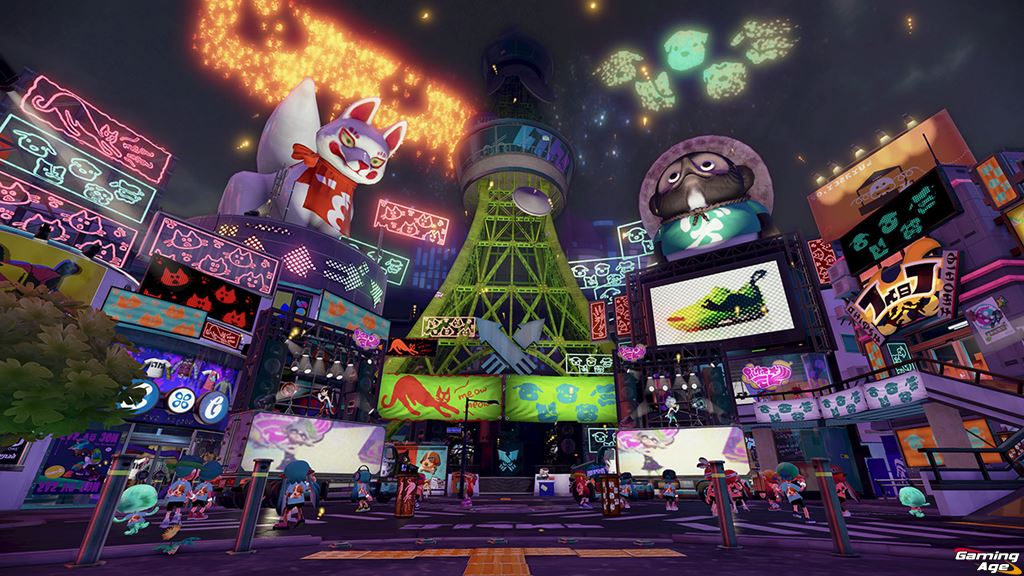 If it was a Sony/MS exclusive, had tons of meaningless cutscenes, replaced Inklings with some random dudes and wasn't any fun at all it might have a shot at GOTG.

You guys are too blinded by those so called AAA games (that do nothing but bring shame to this industry) to fully appreciate Splatoon's greatness. Maybe in a couple years you'll realize how much this game really meant to Nintendo and its impact and relevance for the 8th gen. Now go back to play The Order and pretend you like it to be cool.

The game is amazing but it still lacks content, even with the august update

Yet it's my most played Wii U game already. ;)

Haha ok buddy. No bias in that statement.

Is my second most played game behind smash and I love it, but it still lacks content to be a GOTG contender.

It's not too far off but The Wonderful 101 just edges ahead for me.

How many maps does Splatoon have now?