This thread is all about the upcoming Canadian federal election taking place on October 19, 2015. You will find the current party standings (and respective leaders) of the House of Commons and I will posting the latest opinion polls and news (such as national debates) regarding the election.

This election is shaping up to be one for the history book, a close three way race between the Tories, Dippers and Grits and the longest federal election campaign since 1872. Who will you vote for? Who do you think will win?

Results from the 2011 Election: 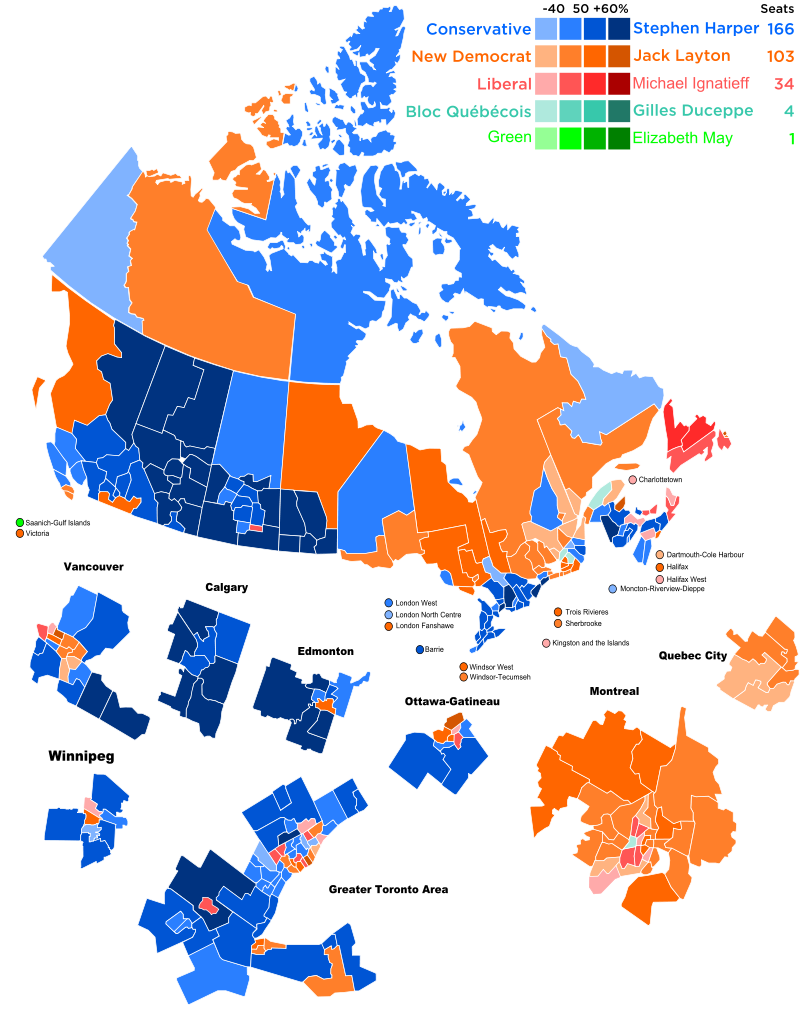 The next debate will be hosted by the Globe and Mail in Calgary on September 17th, 2015. The main focus of this debate will be the economy and currently the Conservative Party, Liberal Party and NDP are all planning to attend. Stay tuned for more details.

From a Scot's perspective: Harper's a cunt.

It's like picking the shiniest of three turds. But Harper is a robot cunt and the smelliest of the turds

Let's see if we can have an intelligent discussion and tone down the language.

Harper needs to go,I'm voting NDP they are the only party that can win in the opposition

Well this is interesting. As a non-Canadian can someone fill me on the basics?

NPD all the way.

Right so I'll try to be a little more intelligent.

Harper: Only way I could vote for this man is if Putin and Castro led the other parties. If I could summarize my dislike for Harper and put it into a paper I would call it Bill C-45; because of how he and the Tories buried questionable legislation within it, such as removing the protection and/or Federal oversight from 99.9% of our rivers (and 99.7% of our lakes). If nobody remembers this bill, it was the cause of the whole "Idle No More" movement. Another example would be the replacement of Canada's Environmental Assessment Act within Bill C-38 (the "Jobs, Growth, and Long-Term Prosperity Act"). Canada's laws on such matters are terrible enough as it is (did you know that Nestle gets charged $2.25 for every one million litres of water they extract from the ground in BC? You know, the water they profit off of?), so we don't need a PM who seems to think that selling off our land and natural resources is a good idea. I dislike how he treats Canadian Scientists, I dislike the controversy that surrounds him (robocalls, senate spending, corporate tax cuts etc), I dislike his disdain for our environment and natural beauty, and I especially dislike how he spends so much time and money on childish attack ads against the opposition. He's slimy and he's been in power for much too long already. I want him out.

Mulcair: Many would think that he is the next leader (coming off Layton's success and the Alberta elected NDP gov't) but I am not so sure. I'm looking forward to seeing what he's all about in the election debates that will be coming up. So far, I'm not too impressed. Perhaps it's because Layton was such a different personality whom I quite liked as a politician, but the way Mulcair seems to point fingers at Harper more than pushing his own platform kind of grinds my gears. However I like the NDP stance on Environmental matters and economic policy, so the NDP party very well may get my vote.

Trudeau: I think he is too young to be PM. No, I was not swayed by Harper's propaganda. I believe that Trudeau is more of a people's rockstar than a responsible politician; famous because of his name and not because of his policies. He will fight over the young-person's vote with the NDP and he may get it but a future with him running the country will probably be a little uncertain. I stand right in the middle of the political spectrum in my beliefs, so you might call me a Liberal; but I am not sure how well Trudeau would represent those beliefs. I am stuck between voting for him and Mulcair.

So who does my vote go to? Brad Wall, the premier of my home province and the best politicial representative that I have seen in this day and age. I could talk about him but they may be going off topic a little. #WallForPM lol.