Then that seems like picking on the x1 a bit, At least its what it seems to me. Lets focus on the Wii U and ignore the ps4 vs. x1. 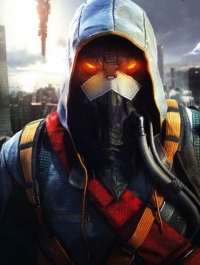 To me PS4 dominance is a reality.
I believe in surprising numbers for the end of this year.

The Wii U had Mario Kart 8 last year to give a massive boost during the summer. It doubled it's baseline for like 4 months. No way it'll be up YoY in the June-August period this year.

No doubt mario kart was huge, but there might be many more smaller games than just a big game. As far as I know splatoon comes at the end of may, so it will help along june, and yoshi on seeptember, but I dont know what else. On E3 I expect to at least anounce one game in that gap, something last summer dint have. Does anybody know any other release I missed?

Depends on a few things.  For one, Wii U is more healthy bow than then, so the summer titles won't have to do as much heavy lifting.  Bigger question is price.  If there is a $50 price cut by the summer or in conjunction with Splatoon, the summer could at least be matched or be up since the price will have a longer lasting effect overall.

July: 81,000 ... well, that is more possible, it did nearly 100,000 in February of this year, and yes i know that February is much bigger than July, but is a comparation for the actually Wii U trend.


That doesn't matter. It still is interesting to how gaming products are doing and how high or low they are on the chart. It's fun.

Yeah I agree, these threads have both console and games listed. So as long as we continue to have both, the threads will be interesting. Also for me, its by how much a console will win that holds the interesting point, based on what games are coming out and what impact they will have on each console.

Oh, total is a other question... yeah, probabily. But still not impossible. Just a possible scenario (and i don't believe will happen)

That will be very close.